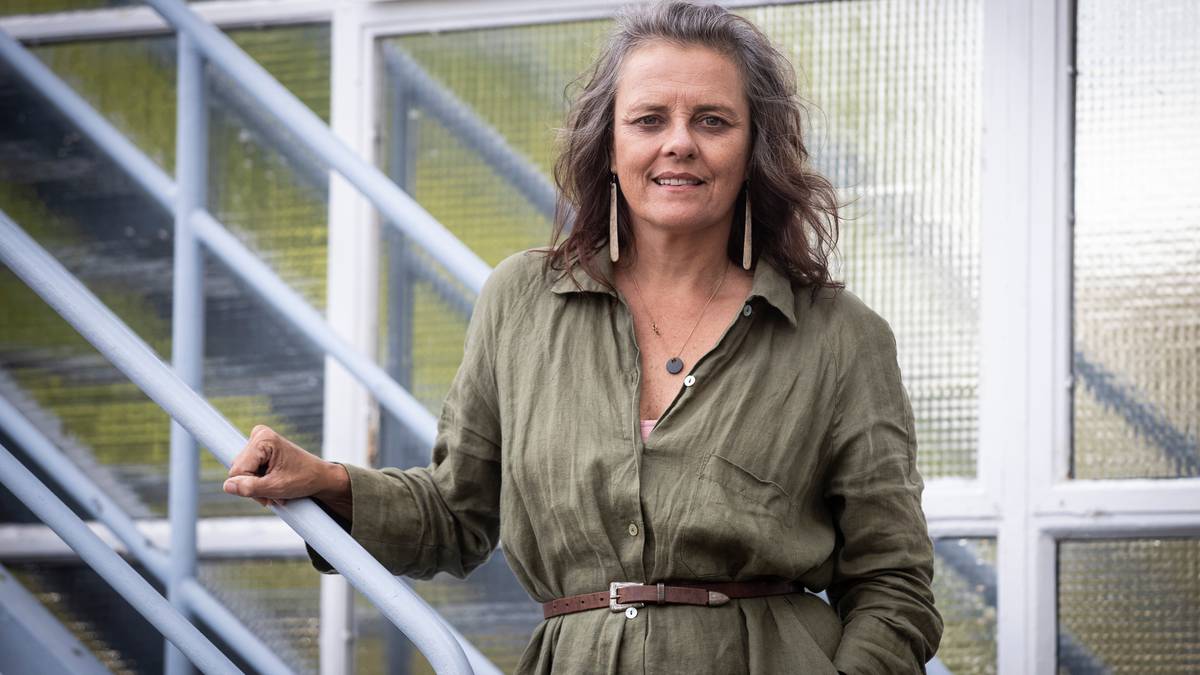 The Haka Party Incident, written and directed by Katie Wolfe, is based on Auckland University engineering students’ annual tradition of dressing in grass skirts and performing a mock haka. In 1979 they were confronted by a group of young activists, violence erupted and a landmark court case explored the nature of racism in Aotearoa.

‘Dad was an All Black and when I was born, in 1968, he was on the field. Perhaps that’s a slight exaggeration, I might’ve been born a couple of hours beforehand, but dad was out the country playing in Australia. Although that was the era when men weren’t allowed in the delivery room anyway — I think it’s quite a different story when All Black’s wives give birth today.

‘I’ve recently been busy in our family archives, making a book of my father’s rugby career and I found loads of transparencies that were never made into photographs. What I discovered, since having them printed, in virtually every photo, my mouth is wide open. I’m holding court, talking about something and I’ve had to come to terms with the fact that, as a child, I probably never stopped talking. I was 5 going on 55 and had an opinion on everything.

‘I grew up in the 1970s, it was all sunshine, shorts and freedom. Every weekend my maternal grandmother would take us out to Pukearuhe, our ancestral land. We went whitebaiting beside the Mimi river, our awa, we went to the beach or caught possums at night. It was a very happy provincial childhood, and I don’t remember having any conscious idea of what I wanted to be till later in high school.

‘We were a sporting family, not an arts family. I did athletics, long-distance running, basketball, surf lifesaving but when a friend told me about auditions for Annie at the local operatic society, I went along and got a part. The first show I ever did was in the incredible New Plymouth Opera House. The stage had a double traverse, the Brooklyn Bridge flew in and out and I had 14 costume changes. One of my best friends reminds me how, on opening night, I turned to her and said, ‘I want to do this for the rest of my life’. But I’ve never experienced a production of that scale again, even after becoming a professional actor.

‘My group of close friends from New Plymouth Girls High went to Victoria. We couldn’t get to Wellington fast enough, and after I finished my degree, I auditioned for drama school. If I hadn’t got in, I may not have pursued acting, but I was accepted. But we were constantly told it was a really difficult career, that not everyone makes it and we always had our fingers crossed that maybe, maybe, we’d break in.

‘My first TV job was Marlin Bay, playing Ginny Gannaway the daughter of Vicky Horton and granddaughter of Don Selwyn. Working with them, and Ilona Rogers and Andy Anderson, I pretty much learnt my television craft from those exceptional actors. But it was interesting, how Māori storytelling was conceptualised in the early ’90s. I work a lot now inside the politics of storytelling. Back then, there were a lot of good intentions behind writing Māori characters into mainstream television, but there was very much a Pakeha lens on it. I don’t believe any of the writers were Māori and it certainly wasn’t directed by Māori, or women. I realise now, it was a tokenistic approach and many of the storylines around Māori characters were thematic rather than intrinsic.

‘As for health and safety, back then it was a cowboy era; sets these days adhere to incredible rules. The characters I portrayed as a young woman, there were a lot of sex scenes, a hangover from the 70s and 80s where the focus was on the sexualisation of women. I’d come through theatre so was pretty hardy but I was also opposed to the banality of it. I remember doing a sex scene with my darling friend Kevin Smith. There’d been a bomb in the casino, so I had to run out all dishevelled, no shoes on, my dress falling off — and Kevin was allowed to come out fully dressed. I remember asking the director why the double standard. I was shuffled off to the side of the set and told not to be a trouble-maker.

‘I think there’s a huge fear in our industry about speaking out, people are afraid of being blacklisted, or branded difficult but I’ve always had a little bit of a devil-may-care attitude. That six-year-old who never shut up will always be inside me. Also, being a child of the 70s, feminism was innate for me.

‘I had an incredible 10 years of acting, with so much wonderful work, then one day I made a very clear-cut decision to leave acting and move to directing. I find that astounding, as these days I can barely decide what to have on my toast in the morning but somehow I had this astonishing clarity of thought to let acting go. I was simply not interested in any offers, I was so focused on my new direction, my true love and I think bossing people around suits my temperament.

‘I don’t remember anxiety being so prevalent in my younger years, but I see it everywhere now. It is a malaise in our society with lots of people really affected. I understand what anxiety is but I am very conscious of it and I have a lot of self-care around it. I ensure I don’t beat myself up over things, or think, oh my god I haven’t achieved this or I’m behind or it’s not going to be good enough. I’m not interested in feeding anxiety and I actively work to keep it at bay.

‘I was talking to my Haka Party cast today. I said I do what I do not for the end product, or to be lauded for my new play, I’ve no interest in that. I just love doing my job, being on the floor, discovering and learning, enjoying every moment of the making. And I feel sad that anxiety robs people of that joy.

‘I lost my brother last year. It was the most profoundly challenging experience. My grief is still very acute, but I do want to talk about it. Beautiful Brookie died of brain cancer. My two brothers and older sister, we are all very close and in March 2017, Brooke was diagnosed with terminal brain cancer. He was 45 with two young children and he died on November 5. It was a tragedy for my family but there are some positive things I took away.

‘You’re never alone when you have a family member with cancer because cancer is everywhere, and you’re always meeting other people who are dealing with it too. I walk away from this experience with a huge amount of gratitude and love, and I bloody well make the most of every single day, because my beautiful little brother had his life taken from him. I now feel incredibly grateful for every sunshiny day and every rainy day and for all the opportunities I have.

‘There is also an amazing flipside to losing a loved one, what it gives you in terms of perspective, and the other thing I learnt, grief and happiness can live quite happily side by side. I can accept it and still sit here with you, tears rolling down my face, and it doesn’t frighten me because I know I can be happy at the same time. This has been a revelation for me, to experience this duality in life. It is how we, as people, are able to carry these terrible burdens of loss.

‘This rude interruption of Covid — I think the biggest thing Covid has changed for me, I’m not making lots of plans. I’m just absolutely living in the moment because it feels as if the future has been cancelled. There’s so much uncertainty out there and the safest place to be is right here, simply getting up and getting on with your day, whatever that might look like.

• Auckland Theatre Company’s season of The Haka Party Incident by Katie Wolfe was due to open at ASB Waterfront Theatre this week. The season is postponed due to Auckland moving into Alert Level 3 this week, and new dates will be announced when possible. atc.co.nz