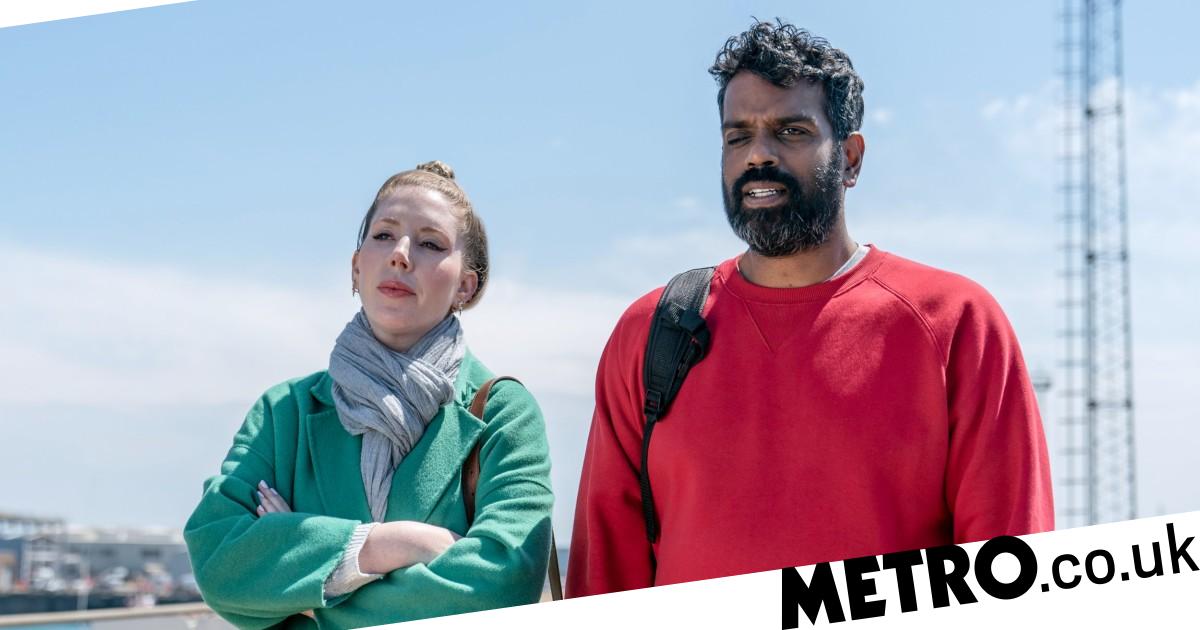 Katherine Ryan sparked quite the reaction after it was revealed she had a strict no touching rule with Romesh Ranganathan on the set of their new comedy drama Romantic Getaway, and now he has explained why she enforced it.

The comedians star alongside each other in the six-part series and play married couple Deacon and Allison, who decide to defraud their dodgy boss of £500,000 so they can afford another round of IVF after countless failed attempts.

However, after accidentally adding an extra 0 to the amount they wanted, they quickly find themselves wrapped up in an investigation while trying to figure out how to hide their crime… all while not touching each other.

‘Katherine said that she thinks we’re far along enough in our marriage in the show that we wouldn’t touch each other that much,’ he told the presenters. 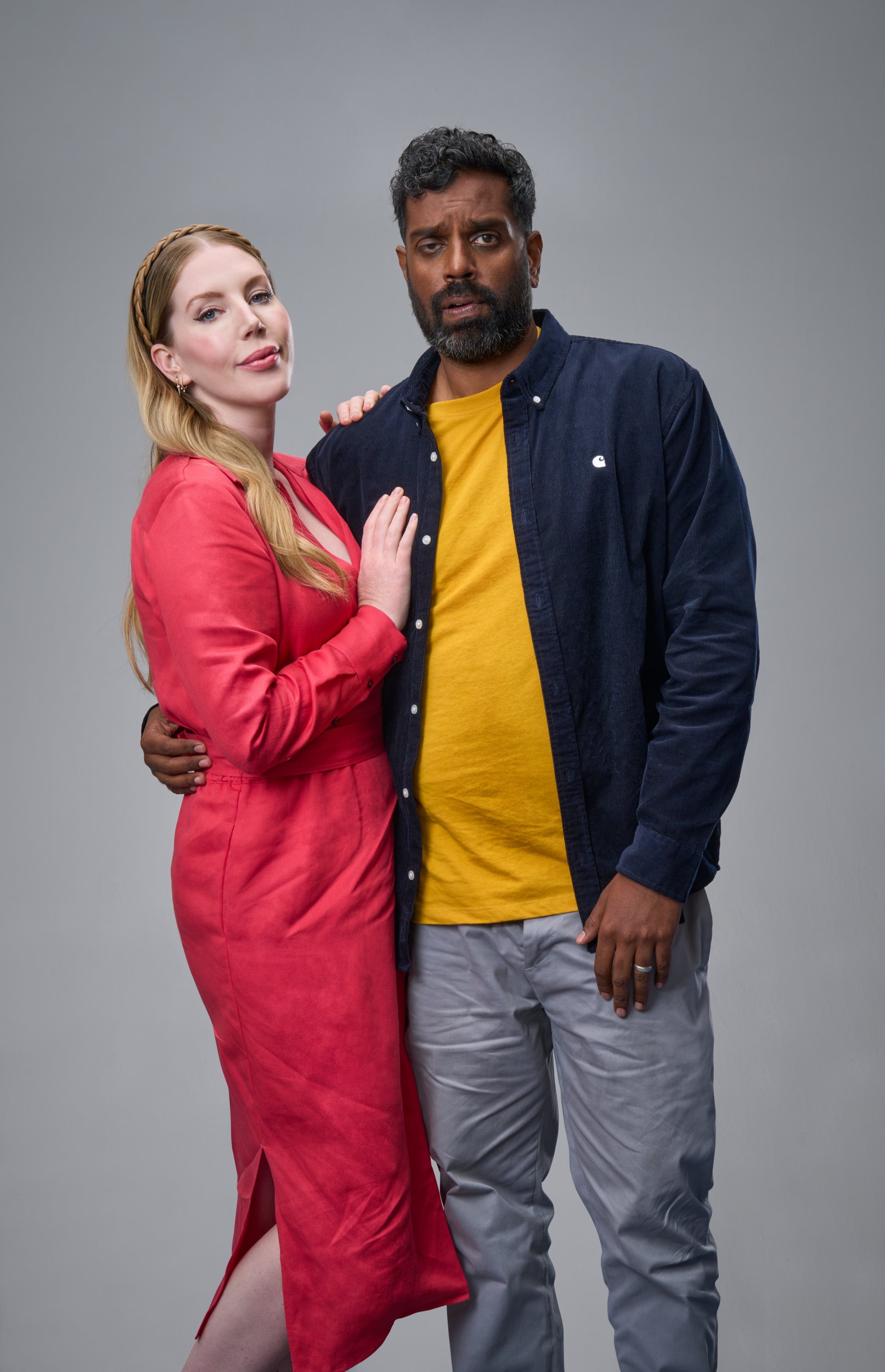 ‘She just said, “I just think you can show affection in different ways”. She made it very clear, it was a dealbreaker.’

An inquisitive Reid then asked: ‘But also didn’t she say that because you’re friends and because you’re so well-known no one actually wants to see you kissing?’

‘Well, it was a dumbing it down of our acting abilities really,’ Romesh replied, adding that Katherine argued because audiences know them as comedians, they wouldn’t buy them as a married couple.

Romesh previously opened up about co-writing Romantic Getaway with Benjamin Green on The Graham Norton Show.

‘I’ve written sitcoms that are very gentle with funny scenarios, but I’ve never written something that is so driven by plot – you want it to be funny but you also want to drive this twisty story,’ he said.

Meanwhile, Katherine teased it had a ‘Bonnie and Clyde’ element, but also ‘a very serious moral quandary and this ethical undertone’.

She added that she hoped audiences would show some ‘mercy’ to the couple.

Good Morning Britain airs weekdays from 6am on ITV and Romantic Getaway is streaming from Sunday on Sky Comedy and NOW.