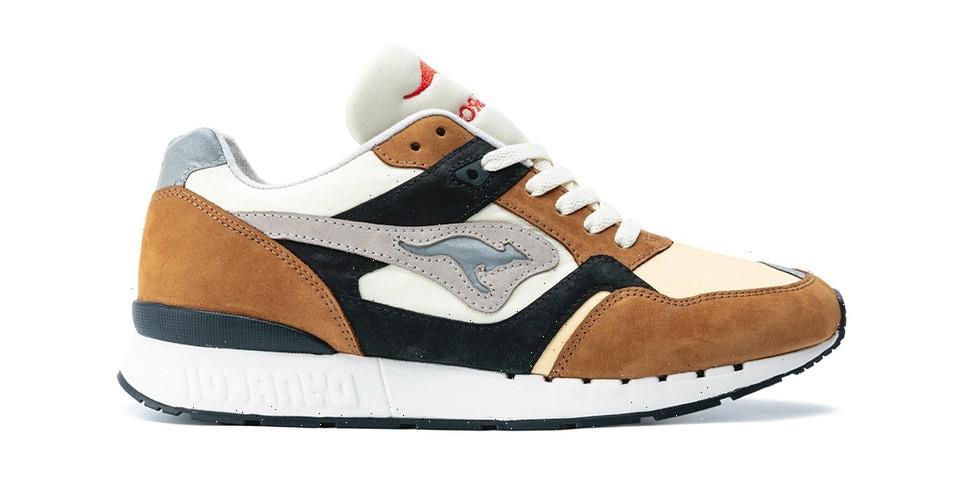 American footwear label KangaROOS has enlisted the help of MORPRIME Industries and Tommy Triggah to launch its latest collaborative project that allows collectors to become collaborators.

Founded by Morgan Weekes, MORPRIME Industries is a London-based creative studio that’s worked with a plethora of well-known brands, and alongside his European counterpart Tommy Triggah, the pair have co-designed a sneaker that encompasses their mutual passion for retro styling, drawing inspiration from “the golden era of limited-edition footwear”.

Entitled “The Inside Job”, KangaROOS’ first instalment sees the duo focus on the brand’s Racer Hybrid silhouette, dousing it in autumnal shades of brown and off-white, atop a crisp white midsole.

Set to drop on July 10, the KangaROOS x MORPRIME Industries x Tommy Triggah collaboration will be available from the likes of HANON and Overkill.

In other news, Acne Studios has reintroduced its Bolzter sneaker with an all-over “Tumbled” effect.
Source: Read Full Article