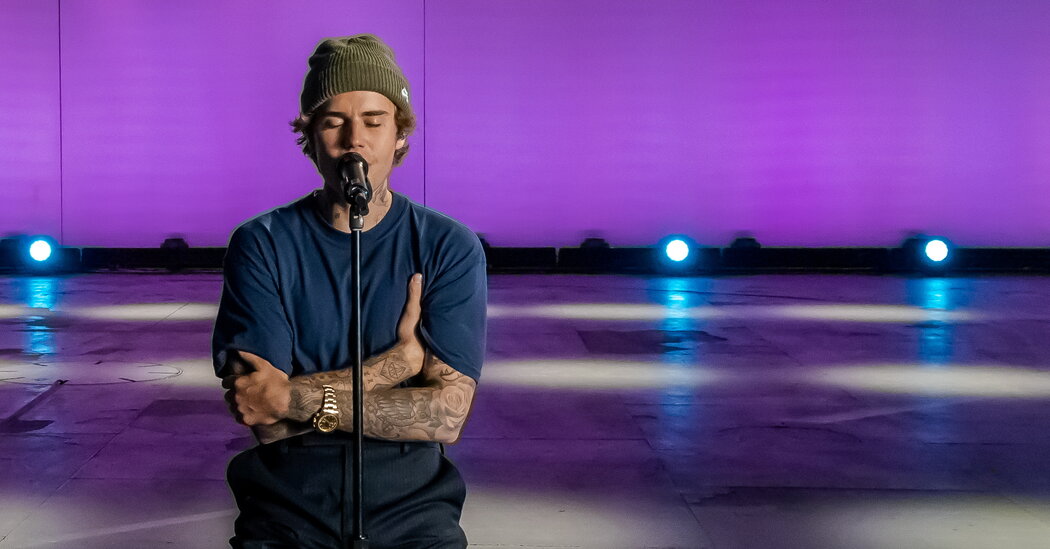 Justin Bieber’s new album, “Justice,” has returned to No. 1 for a second time, beating out Demi Lovato’s latest in a tight race for the top.

“Justice,” which opened at No. 1 two weeks ago, then dropped to No. 2, reclaimed the Billboard 200 chart’s peak position with the equivalent of 75,000 sales in the United States, including 89 million streams and 6,000 copies sold as a complete package, according to MRC Data, Billboard’s tracking service. Bieber, 27, has had eight albums go to No. 1, but this is the first time that one of them has accumulated more than a single week at the top since “My World 2.0,” which notched four chart-topping weeks in 2010.

Close behind is Lovato’s “Dancing With the Devil … The Art of Starting Over,” which opened with the equivalent of 74,000 sales, including nearly 47 million streams and 38,000 copies sold as a full package.

Bieber and Lovato share the same manager, Scooter Braun, who has also been in the news lately as the former owner of Taylor Swift’s first six albums, which she has pledged to rerecord as an assertion of control and economic revenge. (Over the last 21 months, Braun’s company, Ithaca Holdings, bought Swift’s former label, Big Machine, for $300 million to $350 million, then sold Swift’s recordings to an investment firm associated with the Disney family, also for more than $300 million, and then Ithaca sold itself for just over $1 billion.)

Swift’s first rerecorded album, “Fearless (Taylor’s Version),” was released last Friday and is expected to open at No. 1 on next week’s chart with big numbers.

Also this week, “SoulFly” by Rod Wave, last week’s top seller, fell to No. 3 in its second week out. Morgan Wallen’s “Dangerous: The Double Album” is No. 4. And “Destined 2 Win” by the New York rapper-singer Lil Tjay opened at No. 5.