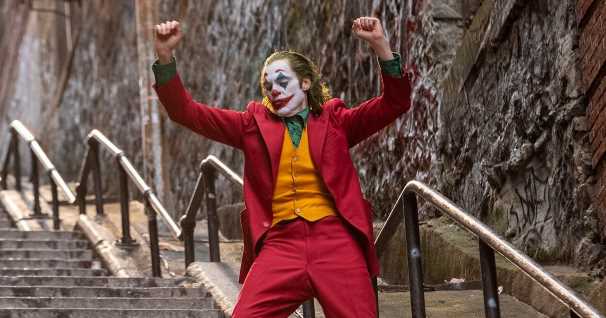 Joker is one of the least amusing movies you will ever see, to the point that the standard song “Smile” is used ironically. You’re more likely to grimace and cringe and cover your eyes in horror — that is, if you can even stomach all of it. Some will rave that this is a daring reinvention of the superhero genre and that take is not entirely wrong. It’s also not entirely relevant in the big picture. The frightening bottom line: The film is a relentlessly savage cesspool desperate for us to reflect on the violence in our culture, perhaps not realizing that it’s the latest contributor.

The title character, of course, is the iconic arch nemesis of brooding Batman. But forget every big-screen adaptation you’ve ever seen featuring D.C. Comics caped crusader and his clown-faced villain. We’re way, way, way off the Gotham grid from Jack Nicholson’s campy portrayal in 1989’s Batman and Heath Ledger’s Oscar-winning sheer-sinister take in 2008’s The Dark Knight and whatever Jared Leto was doing in 2016’s The Suicide Squad. Joaquin Phoenix’s version of Joker is a disturbingly emaciated, homicidal loner grounded in some twisted version of reality. He’s a wild card, alright. 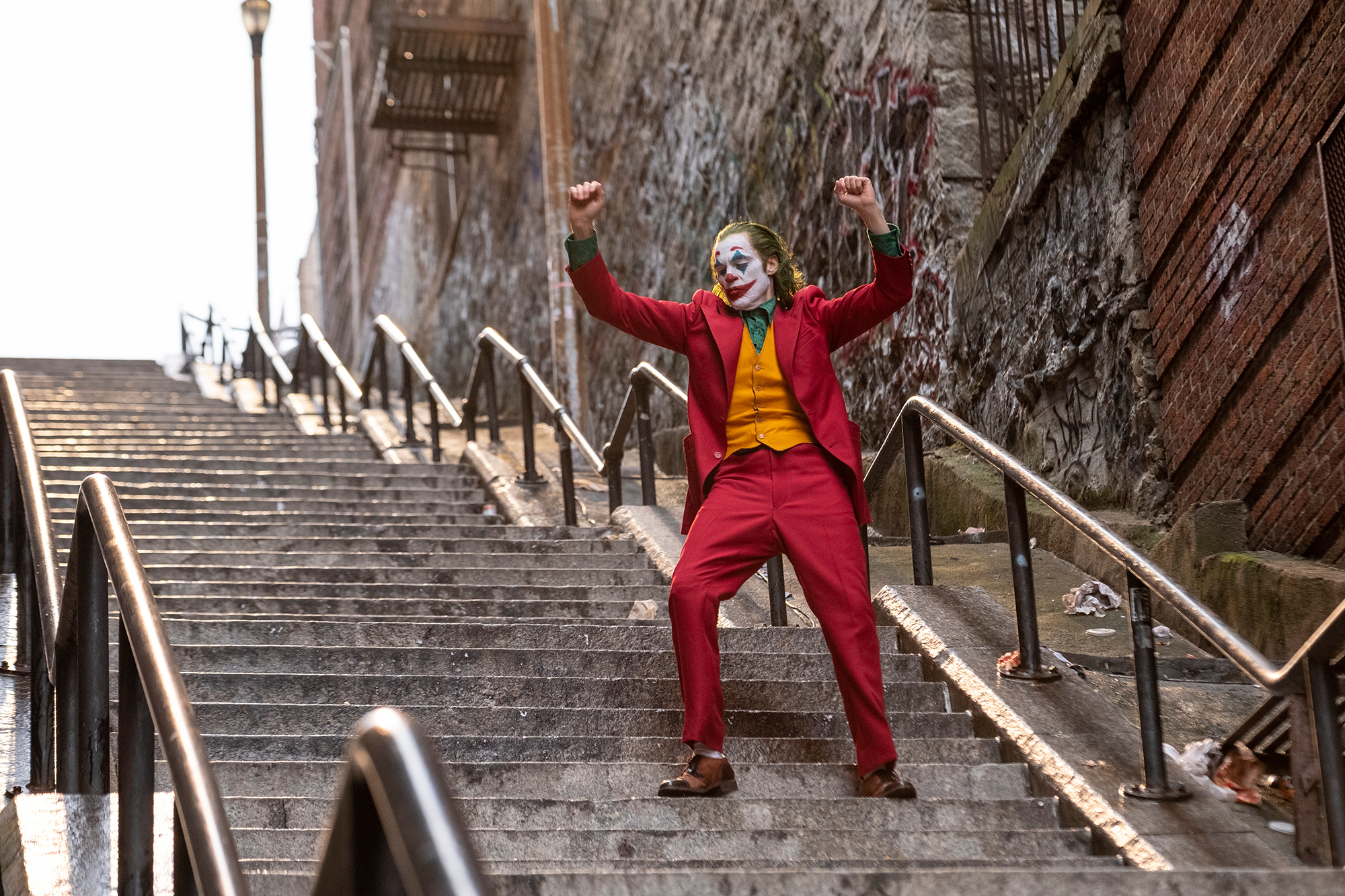 The actor is front and center and riveting as always in a standalone origin story about an enigma with no real origin. In a seedy retro version of Gotham City — in which people still use rotary phones and watch television on boxy sets — his Arthur Fleck is a lonely and strange fellow living with his single mother (Frances Conroy). Something is off about from the start. He claims he has a condition that causes him to uncontrollably laugh at inopportune moments. He’s jittery and socially awkward. He dreams of being a stand-up comic and performing on TV for his idol, a smarmy late-night talk-show host (Robert De Niro).

Arthur works for a dreary place called “Hahas” as a clown-for-hire. Early on, a bunch of punks steal one of his twirling “everything must go” street signs and then kick him to the ground. An outraged coworker gives him a present in a paper bag. As soon as the camera flashes to the gun and the bullets at the bottom of the bag, the impending doom comes into focus: Joker will now go from disturbing to despicable.

The slow-burn tension leads to a series of brutal moments in which Arthur pulls the trigger on that gun, often in that deranged clown makeup. First it’s a trio of Wall Street jerks on the subway. For this he becomes a sort-of folk hero. Then he moves on to people he personally knows and holds accountable for his shortcomings. It’s inevitable that a young, pre-Batman Bruce Wayne and his wealthy family soon enter the plot, dancing with the devil in the pale moonlight. 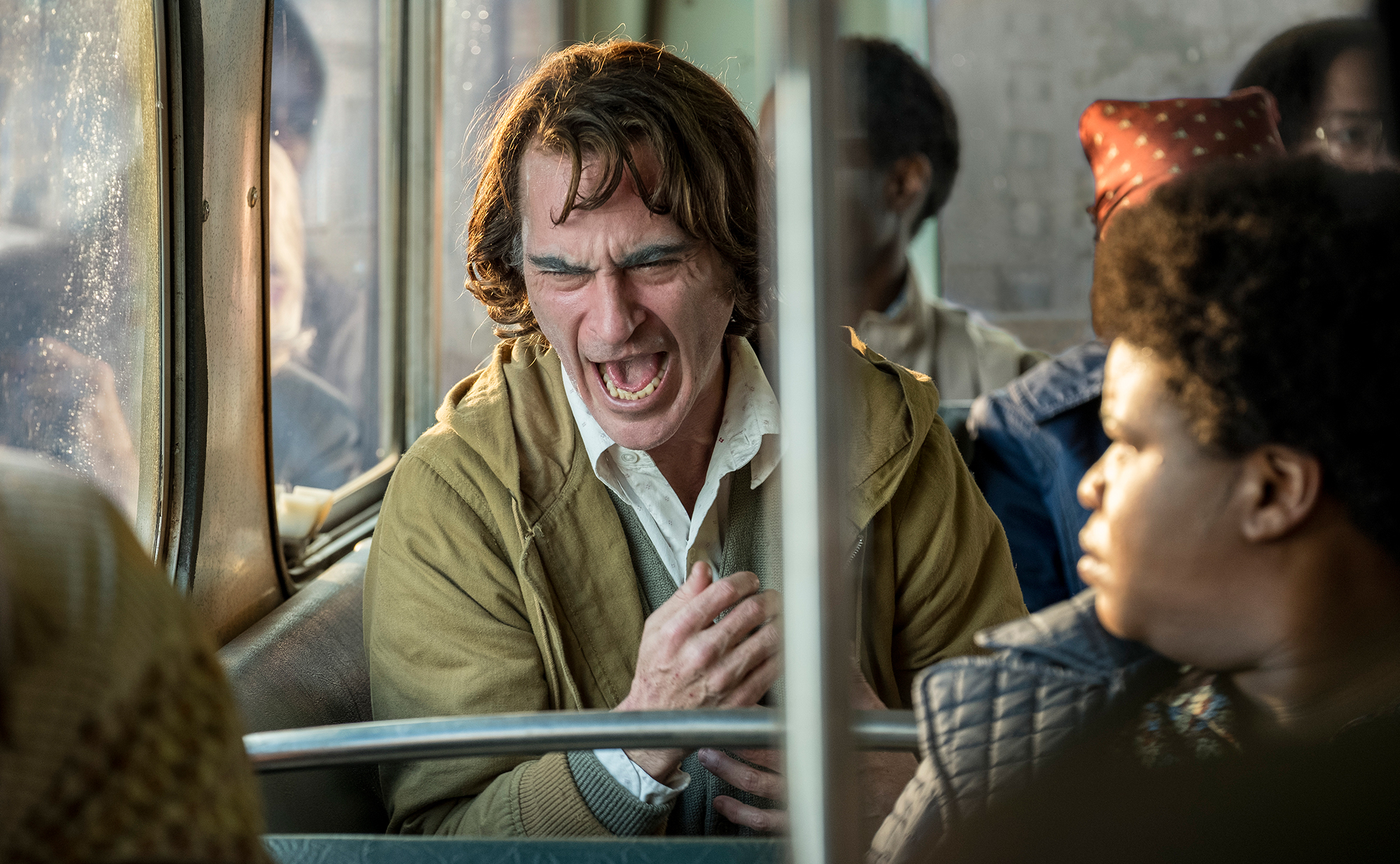 Because Arthur is constantly tortured for being odd and ignored for being poor, we’re supposed to feel sorry for him, maybe even sympathize with his harmful actions. He didn’t have enough love in his childhood! His attractive female neighbor (Zazie Beetz) is intimidated by him! His dad is MIA! He doesn’t have friends! Don’t fall for it. There’s another bullied character in Joker, a dwarf that also works for the clown company. He’s the most gentle and soft-spoken person in the whole film.

Superhero movies don’t all have to be shiny pieces of wham-bam escapism. But Joker seems lost in its own grimness. Without fist-fights or elaborate bank heists or Spandex, we’re left with a predictable cautionary-tale drama about capitalism and the dangerous effects of mental illness. Co-writer and director Todd Phillips has a comedy background; he helmed favorites such as Old School and The Hangover series. It’s telling that the most captivating moment is when Phoenix puts on his happy face and dapper maroon suit and joyously prances around outside on the way to his much-awaited appearance on that favorite talk show. Joker could have used more of that perverted spark.

Instead, Joker is darker than the Knight himself. We’re forced to nod our heads in agreement as Arthur laments that the world just keeps getting crazier and that “everyone just screams at each other” — only to shake our heads when he ignites an anarchist killing spree. Ugh. I know. This is a disappointing development, especially because the film was just lauded at the Venice Film Festival and nobody does performance art quite like Phoenix. But this preachy, cold-hearted cynicism is not worth your time. Seriously.

Joker, which premiered at the Toronto International Film Festival, opens in theaters on Friday, October 4.