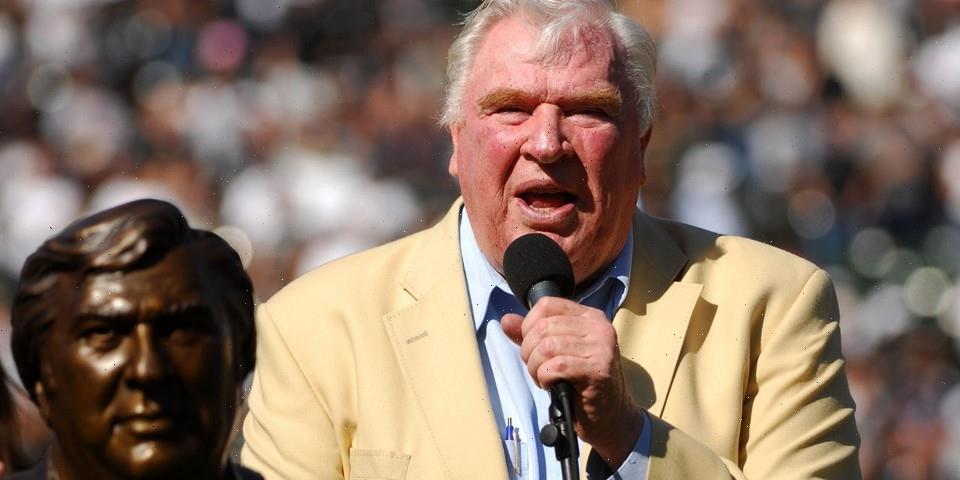 John Madden, an NFL Hall of Fame coach and lauded sportscaster, died Tuesday morning at the age of 85.

The NFL confirmed the news in a statement, saying that the veteran commentator had died unexpectedly. Madden served as the head coach of the Oakland Raiders for 10 seasons, beginning in 1969, before transitioning to sports broadcasting.

“On behalf of the entire NFL family, we extend our condolences to Virginia, Mike, Joe and their families,” said NFL commissioner Roger Goodell.  “We all know him as the Hall of Fame coach of the Oakland Raiders and broadcaster who worked for every major network, but more than anything, he was a devoted husband, father and grandfather.”

Goodell continued: “Nobody loved football more than Coach. He was football. He was an incredible sounding board to me and so many others. There will never be another John Madden, and we will forever be indebted to him for all he did to make football and the NFL what it is today.”

“Few individuals meant as much to the growth and popularity of professional football as Coach Madden, whose impact on the game both on and off the field was immeasurable.”

Madden was hired as head coach of the Raiders at the age of 32, navigating the team through a number of major achievements. From 1969 to 1978, the Raiders posted winning records in each season, won seven division titles and qualified for the playoffs eight times. Under Madden’s leadership, the team defeated the Minnesota Vikings in Super Bowl XI in 1977.

Following his retirement from coaching, Madden worked as a sports analyst and became well-known for his work on Monday Night Football. He lent his name and expertise to the Madden NFL video game series developed by EA Sports for over three decades and was inducted into the Pro Football Hall of Fame in 2006.
Source: Read Full Article