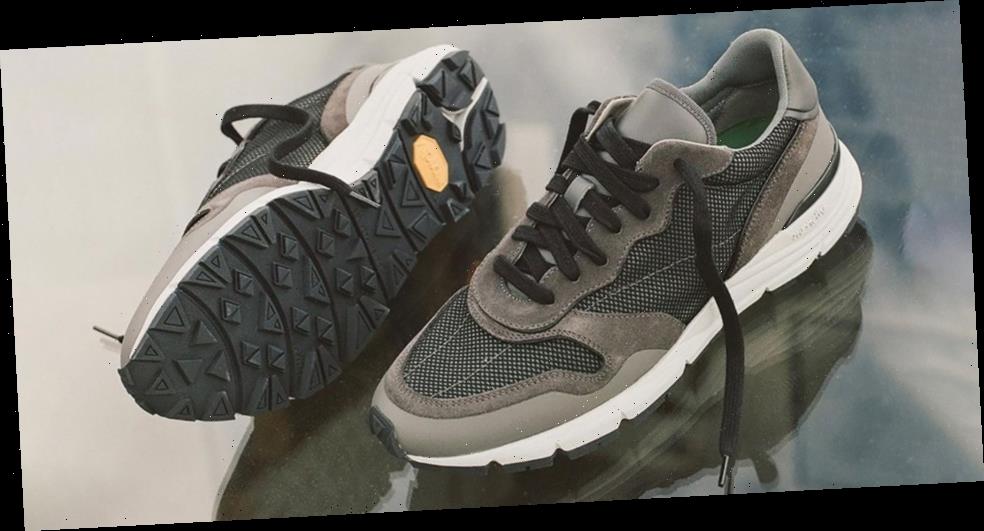 Since Spring 2012, John Elliott has consistently made its mark on the fashion industry through its well-tailored outerwear and denim silhouettes, its popular “Villian” hoodies and collaborations with the likes of Nike and LeBron James. And now, the LA-based brand has entered into a new phase of its creative projects by unleashing its first in-house sneaker design — the Edition One Runner — which has now just launched in a “Shark Suede Black” colorway.

Stealthy in aesthetic, the mesh foundation of its base layer is dripped in stark black, all of which is visible along the side paneling, toe boxes and the laces. Suede materials which border the toe box and land on near the throat and heels are all drenched in “Shark Suede”. In addition, notes of steel gray touch down on the toe tip overlays, heels, interior liners and tongues. Like its previously revealed white colorway, the insoles of this variation also don kelly green backgrounds with back branding.

Moving south, the Vibram-branded midsoles are coated with a clean finish, and arrive mated with black outsoles underneath.

If you’re interested in copping a pair of these extra-versatile kicks, you can find them available now via John Elliott for $448 USD.