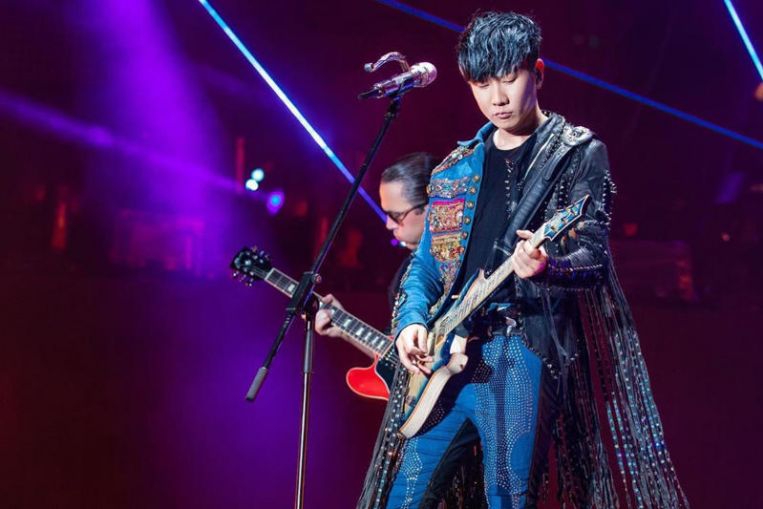 Fans have further warmed up to Mandopop singer JJ Lin, impressed by his professionalism.

The Singaporean revealed on Weibo what he had to endure while performing in hot conditions in Xiangyang in China over the weekend.

“Half-way through my performance, I felt as if I was going to have heatstroke – I had difficulty breathing and I was feeling giddy,” Lin, 38, wrote.

“But I told myself that I couldn’t let the audience down and that I had to finish my performance.

“I learnt the most important lesson on stage and that’s no matter how tough, you have to persevere till the end, that it’s a task I must complete.”

He could have been motivated by the fiercely contested action at the recent Wimbledon tennis tournament in England, which he attended with celebrity guests like Crazy Rich Asians star Henry Golding and K-pop star Choi Siwon.

Lin’s fans have since responded to his Xiangyang post by telling him not to wear elaborate costumes that will further sap his energy when he is performing high-energy songs.