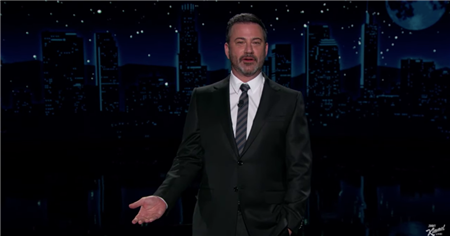 House Republicans assigned Representative Marjorie Taylor Greene of Georgia to the Education and Labor Committee this week, despite her endorsement of QAnon conspiracy theories and her disturbing social media history, which includes support for posts that called for executing Democrats.

“If you don’t know who this person is, I wish I didn’t, too,” Kimmel said.

“Oh, come on! The lady who denies school shootings is in charge of the schools? Why not just appoint Surgeon General Joe Camel? ‘Warning: Smoking can make you dangerously cool.’” — STEPHEN COLBERT

“I wonder how it would go over with the Fox News and Ted Cruz crew if Nancy Pelosi called for Marjorie Taylor Greene to be executed and called a teenage kid ‘Hitler.’ You think they’d have anything to say? Well, it was the other way around, and guess what? Most of them have nothing to say. Instead they assigned her to the education committee — hoping, I guess, she would get one?” — JIMMY KIMMEL

“In the midst of the devastating California wildfires of 2018, Marjorie Taylor Greene went on Facebook and claimed that the real and hidden culprit behind the fire was a laser from space triggered by some nefarious group of people. Who started the fire? So far, the only person we can rule out is Billy Joel — he’s got an airtight alibi.” — STEPHEN COLBERT

“But claims like these require proof, right? Well, here’s Margie’s evidence: ‘Oddly, there are all these people who have said they saw what looked like lasers or blue beams of light causing the fires.’ That’s an embarrassing way to admit you’ve never heard of lightning.” — STEPHEN COLBERT

’And then the socialist lizard men shot jagged laser things out of the cloud. And that angered the sky so much it went ‘Roar!’ and the sky wept, and then, thanks to QAnon, the sky stopped crying and a rainbow appeared. And we shot it with our guns because rainbows are gay. The defense rests.’” — STEPHEN COLBERT

“Greene is already infamous for her support of QAnon, but believe it or not, it gets worse. Because this week, reporters unearthed online posts where Greene repeatedly indicated support for executing prominent Democratic politicians. O.K., that’s probably going to complicate this year’s congressional Secret Santa: ‘Huh, let’s see what I get here. Uh, my person gave me a severed horse’s head? I thought there was a $25 limit.’” — STEPHEN COLBERT

“The specifics of these posts are grim. In one Facebook post, a Greene supporter asked of Hillary Clinton and Barack Obama, ‘Now do we get to hang them?’ And Greene replied, ‘The stage is being set. Players are being put in place. We must be patient.’ Holy haul them to The Hague, Batman! She’s not even trying to be discreet. At least mobsters use coded language.” — STEPHEN COLBERT

“She is the lady who, among other things, she called for Nancy Pelosi’s execution, she called for Joe Biden’s impeachment on his first day in office, and she believes our former governor here in California, Jerry Brown, used space lasers to set the wildfires here. She saw the ‘Austin Powers’ movie and thought it was a documentary, I guess.” — JIMMY KIMMEL

“Good evening, newly minted Reddit millionaires. I’m sure all of you are watching this from the marble bathtubs on your hovercraft, thanks to your savvy stock market manipulation of GameStop, Tootsie Rolls, Blockbuster Video and, by the time this airs, I’m going to say, Crystal Pepsi?” — STEPHEN COLBERT

“Ahh, that’s terrible. Those poor hedge fund managers. Now might be a good time to invest into whoever manufacturers the world’s tiniest violins.” — STEPHEN COLBERT

“Late last year, two hedge funds started shorting stock in the retail store GameStop. Meaning, they had bet against it and needed it to drop in price for their investments to be successful. You might have seen a similar concept in the movie ‘The Big Short,’ or its popular video game spin-off, ‘Grand Theft Pension Fund.’” — STEPHEN COLBERT

“Wall Street was getting rocked so hard by average people buying stock in GameStop that they just stopped average people from buying it. Yeah, the same guys — the same guys who are always like, ‘The markets must never be regulated. They must always remain free!’ Those same guys are now like, ‘Oh, [expletive], the poor people got hold of the freedom. Turn it off! Turn off the freedom!’” — TREVOR NOAH

“They’re like, ‘We can’t have a bunch of randos on Reddit manipulating the market — that’s what we do. They’re stealing our thing!’” — JIMMY KIMMEL

“So thanks to this ban, the GameStop stock that a lot of people bought for a ton of money is now worth a lot less, which is probably a familiar feeling to anyone who’s sold a used game back to GameStop.” — TREVOR NOAH

“Oh, you’re all for unfettered capitalism, unless you lose. Come on guys, there’s no manipulation. This is just the invisible hand of the market extending you an invisible middle finger.” — STEPHEN COLBERT

“It’s very confusing, but I think I came up with a good analogy. It’s basically like one of those high school movies, where all the popular football players bet that the weird girl at school will never become prom queen. And then the nerds find out and they use their computers to make the weird girl prom queen. And then the jocks have to pay up, and then the girl uses her psychic powers to kill everyone except Freddie Prinze Jr..” — JIMMY KIMMEL

“Even people like Ja Rule — Ja Rule — who tweeted, ‘Yo, this is [expletive] crime. What Robin Hood is doing. Do not sell.’ And let me tell you something, when the guy who did the Fyre Festival thinks that you’re a fraud, man, you’re doing some shady [expletive].’” — TREVOR NOAH

On Thursday’s “Tonight Show,” Keegan-Michael Key talked about how celebrities like Snoop Dogg and Barack Obama have reacted to his impersonations of them. 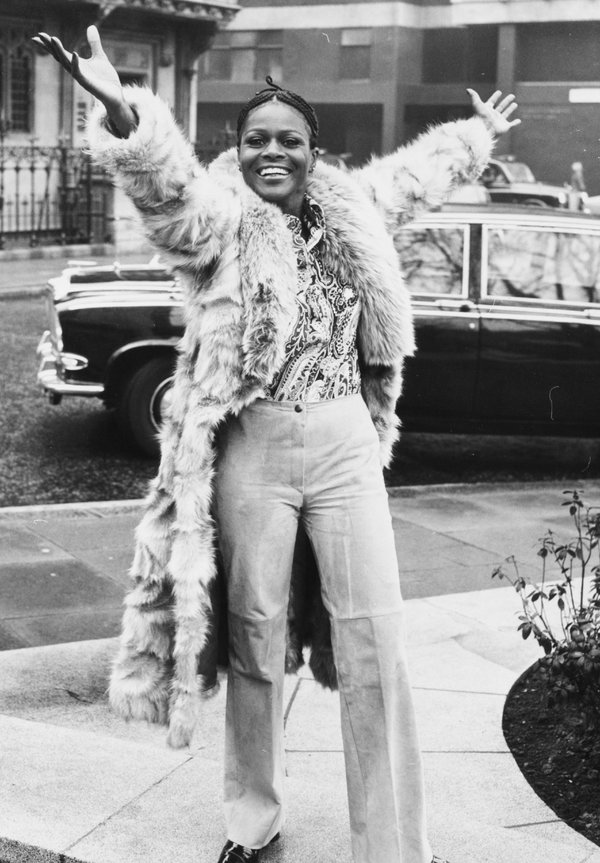 The late Cicely Tyson leaves a legacy that extends beyond her award-winning performances, shattering stereotypes for Black women and actresses on the stage and screen.