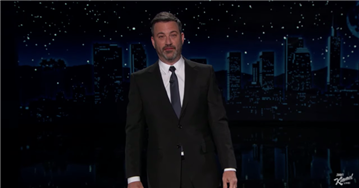 Jimmy Kimmel described President Trump’s campaign rally in Iowa on Wednesday, a state where coronavirus cases are surging, as a “superspreader” event.

“Over the last 24 hours, the positivity rate in Iowa is almost 22 percent. Ten-thousand strong were expected tonight, so that’d be, eh, 2,200 infected people,” Kimmel said.

“Even though his own White House put out guidelines saying there should be no gatherings in central Iowa with more than 25 people, they’re doing this. That applies only if it’s not a tribute to him.” — JIMMY KIMMEL

“You know, there was supposed to be a debate tomorrow night, but since Trump would not agree to the virtual format that they wanted to have because he tested positive for the coronavirus, he backed out altogether. So, because there was no debate, Biden agreed to do a town hall on ABC that night. So Trump today announced he will also be doing a town hall on NBC and at the same time as Biden. So, that settles it — now I know what I’m gonna do: I’m going to vote for both of them, right?” — JIMMY KIMMEL

“Thanks, NBC. First ‘The Apprentice’ and now this. Why not a new Bill Cosby special while we’re at it?” — JIMMY KIMMEL

“Of course more people will watch Trump. That doesn’t mean anything. If my choices are watching a documentary about the Bill of Rights, or a guy getting hit in the nuts with a shovel, I’m going shovel every single time.” — JIMMY KIMMEL

The “Daily Show” correspondent Roy Wood Jr. catches up with his Atlanta focus group on where they’re at with the election. 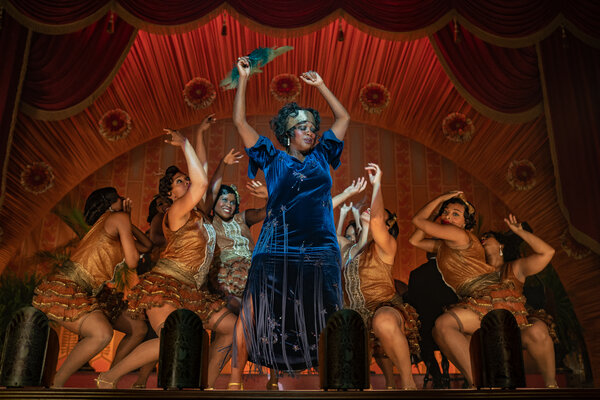 The upcoming Oscars season will be a lot different than in the past — and that’s largely a good thing.