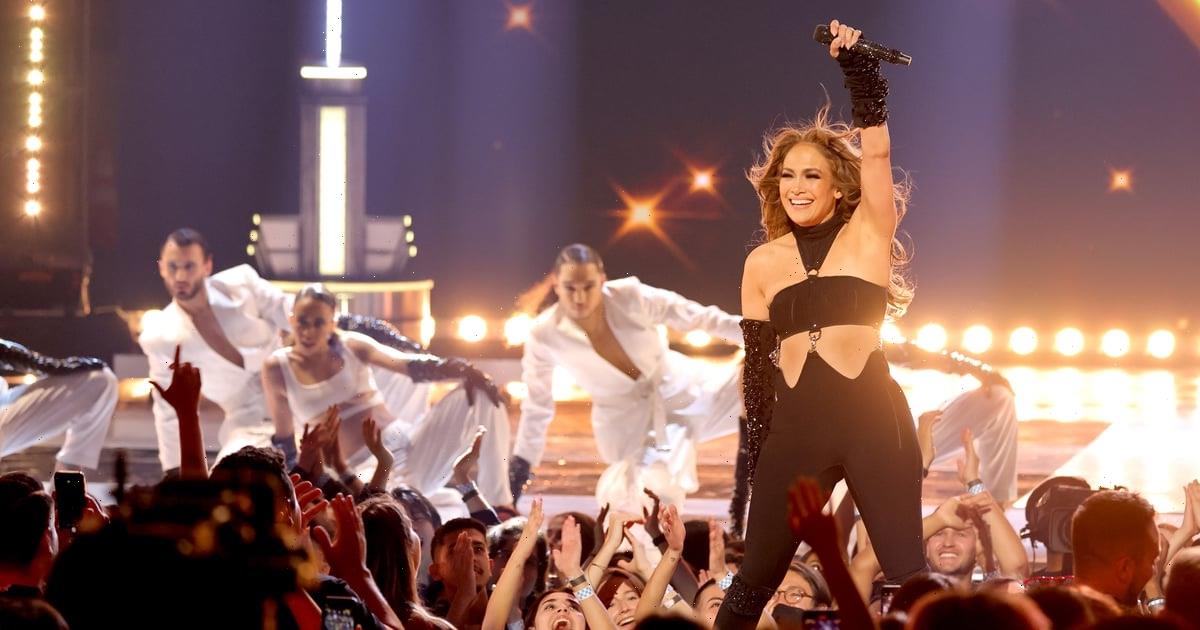 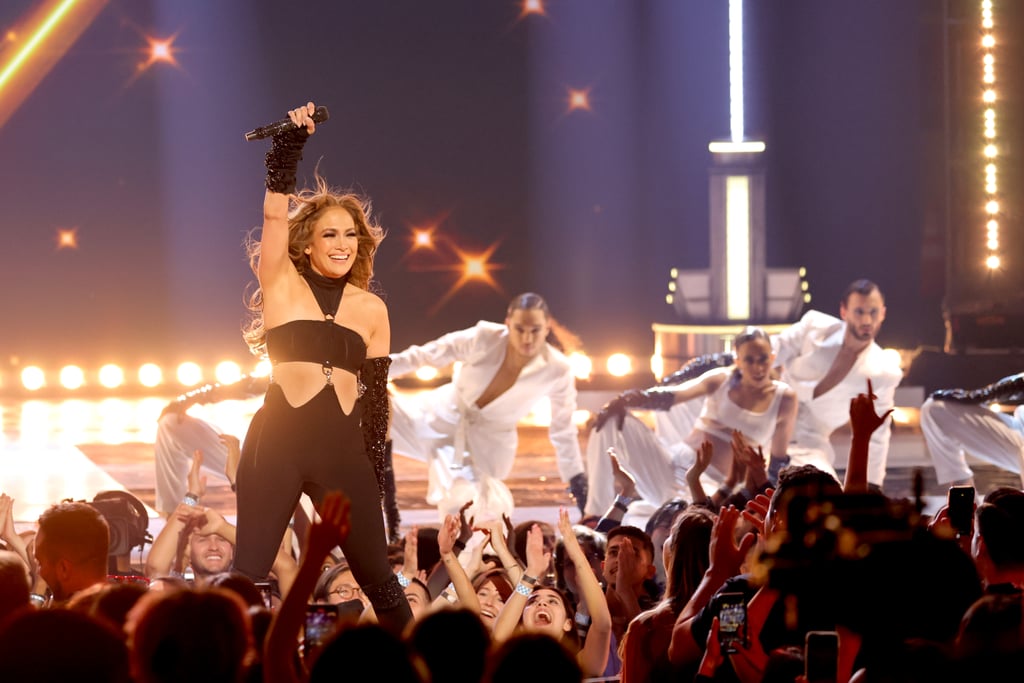 Jennifer Lopez is unquestionably an icon, and now she’s got the hardware to prove it. Not only was the superstar honored with the icon award during the iHeartRadio Music Awards on March 22, but she also gave viewers an unforgettable performance. Before she arrived on stage, Billy Porter introduced a group of drag stars who were all wearing iconic outfits from Lopez’s past. Think: that green Versace dress she wore to the 2000 Grammys, her Super Bowl halftime show outfit, her “Jenny From the Block” music video look, and more.

Lopez entered the stage wearing a long white coat with a train that read “Equality” as she performed “On My Way” from her movie “Marry Me,” as well as her hit “Get Right.” Her performance had the crowd going crazy, and most notably, had boyfriend Ben Affleck cheering alongside his son, Samuel and Lopez’s daughter, Emme.

When accepting the award from host LL Cool J, Lopez spoke about what being an icon means to her. “Thank you to everyone who comes to a show, streams a song, sees a movie, follows me. You guys are the ones who give me the opportunity every day to live a life I couldn’t even imagine would come true when I was a little girl growing up in the Bronx,” she says. “You did that for me. You made that dream come true . . . So I want to say thank you to every one of you for believing in me when other people didn’t, even when I didn’t. Thank you for teaching me who I really am.” Lopez even turned “icon” into her own acronym: “I can overcome negativity.” She closed out the acceptance speech by giving fans more to look forward to. “Let me tell you something else. I’m just getting started.”