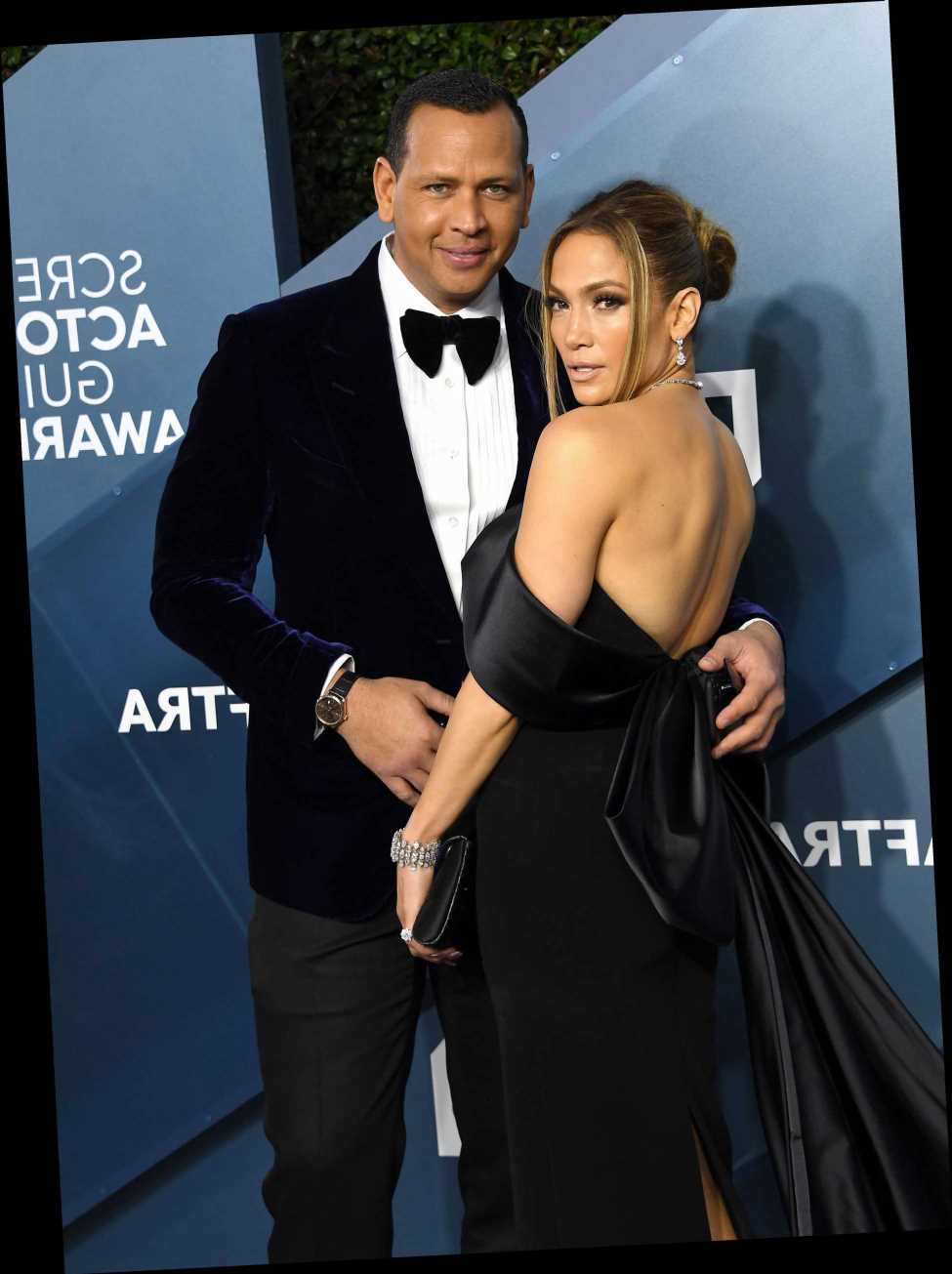 Jennifer Lopez insisted her Halloween costume “wasn’t weird,” no matter what anyone else thinks of it.

The “On the Floor” singer appeared on Sirius XM’s “Radio Andy” on Monday and spoke with host Andy Cohen about dressing up as Madonna — a rumored ex-girlfriend of her fiancé, Alex Rodriguez — for Halloween this year. Lopez wore an outfit recalling the Material Girl’s “Like A Virgin” days.

“The Wedding Planner” actor said that the couple were planning to have a big Halloween party in October, but because of the coronavirus pandemic, they wisely postponed it.

“We had like three friends over ― four friends. And yeah, we all got dressed up like way too much,” she said, laughing.

“My kids were like hiding in the bedrooms. They were like, ‘What are you doing?’ I dressed as Madonna and Alex, he went as Bruce Springsteen,” she said.

“Was that not odd given that Alex maybe dated Madonna for two seconds?” Cohen asked.

Lopez fully embraced her costume, quoting Madonna lyrics in the captions of her Instagram posts from that night.

“Didn’t know how lost I was until I found you,” the singer captioned a photo of her posing for the camera, referencing Madge’s song “Like a Virgin.” She quoted the song again with another caption that read, “I made it through the wilderness.”

In another photo, she used the title of Madonna’s “Crazy For You” song.

Rodriguez’s first wife, Cynthia Scurtis, left the baseball player over an alleged affair with Madonna, according to a 2008 People magazine report.

“The embarrassment over Madonna was the last straw,” an anonymous source said at the time. Scurtis’ lawyer later added that the MLB player had an “affair of the heart” with the Material Girl.

As for Rodriguez and Lopez’s relationship status, the two are on solid footing — though the “Hustlers” star told Andy Cohen that they’ve had move their wedding celebration twice due to the coronavirus pandemic.

“I mean at our age, we’ve both been married before. It’s like, do we get married?” Lopez said Monday. “Do we not? What does it mean for us? And it’s just, it comes down to like personal, like, what do you want to do? There’s definitely no rush though.”