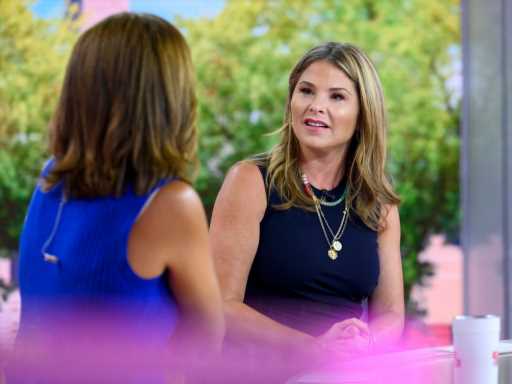 In today’s unexpected pairing, King Charles III and Former First Daughter Jenna Bush Hager are newfound dinner buddies. The day before the Queen’s passing, Bush Hager had dinner with then-Prince Charles while she was in the UK for a scheduled interview with then-Duchess Camilla at Dumfries House in Scotland.

The former First Daughter spoke on TODAY, sharing she was originally extended an invitation to enjoy dinner with both Charles and Camilla, but Camilla was unable to make it due to a flight delay. Regardless, Bush Hager said she “had really interesting conversations that I know I’ll never forget.” She recalled the conversation “felt joyful,” and thus the news of the Queen’s deteriorating health and subsequent death the following day seemed to be “sort of a surprise” to Prince Charles and the royal family.

Bush Hager and her interview crew were surprised as well when their scheduled interview that Thursday didn’t go exactly as planned. She recollected, “The interview was supposed to start around 2:00 or 2:30. I was supposed to meet with the now-Queen Consort around 1:30. At 12:30, we heard sort of running up and down the halls.” She shared the royals’ team then came into the room they were setting up in and asked the crew to be quiet because Prince Charles was in the room next door on a call. Bush Hager said, “Then, all of a sudden, we heard a helicopter.”

Bush Hager’s team was told the Queen was ill and the Prince and Duchess had rushed off to be with her. Realizing the significance of the moment and witnessing such a private royal matter as an outsider, she said “It was living history.”

Before you go, click here to see the 100 best photos of the royal family from the past 20 years.