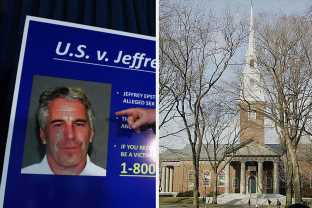 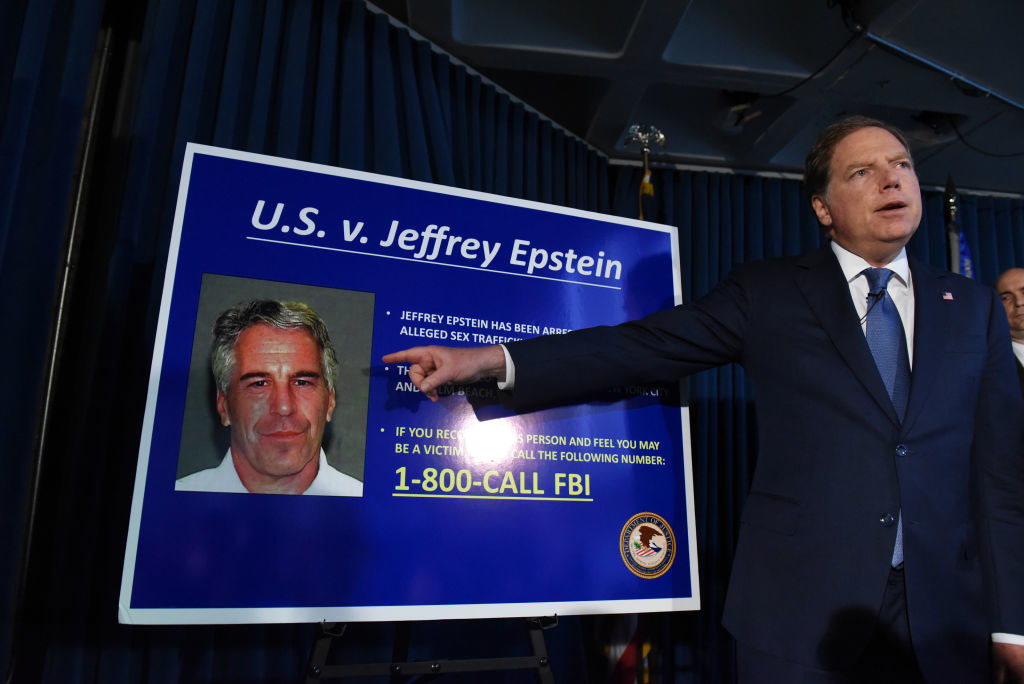 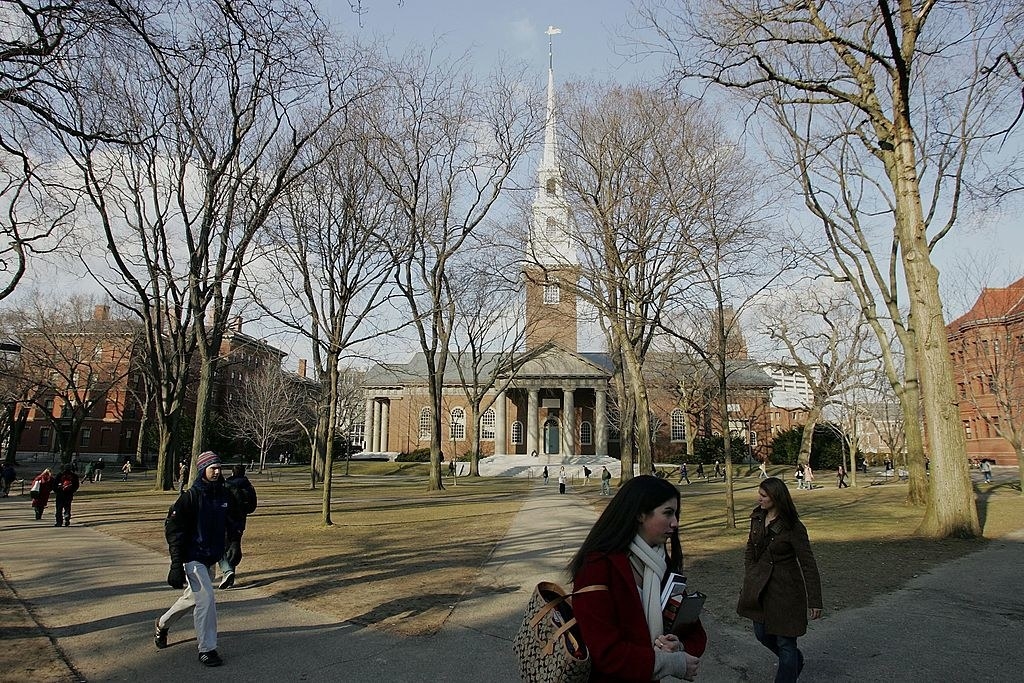 US Attorney for the Southern District of New York Geoffrey Berman announces charges against Jeffery Epstein, who donated millions to Harvard (right).

Jeffrey Epstein, the Wall Street financier who on Monday was indicted for running a sex trafficking ring and abusing underage girls as young as 14, was a major science donor who gave millions of dollars to leading scientists and top universities.

Beneficiaries of Epstein’s scientific largesse included Harvard and MIT, according to press releases and records including filings by Epstein’s charitable foundations to the Internal Revenue Service, reviewed by BuzzFeed News. Though Epstein was publicity shy, his charitable foundations described him as a “science philanthropist” and between 2012 and 2014 issued press releases highlighting his support of top scientists, some of whom he counted as personal friends.

Some institutes and researchers — including MIT, the celebrity physicist Lawrence Krauss, and the Melanoma Research Alliance — continued to take Epstein’s money long after the controversial 2008 plea deal that saw him serve just 13 months in a Florida jail, let out during the day to continue his work investing the fortunes of his billionaire clients.

Now, at least one organization, the Santa Fe Institute in New Mexico, is considering whether to give away the money it received from Epstein after 2008.

Epstein’s interest in science began years ago — a gushing 2002 profile in New York magazine claimed he was spending $20 million a year on his “covey of scientists,” giving them freedom to explore any avenue of research. Luminaries including the late Gerald Edelman, who won a Nobel for his work on the structure of antibodies and was backed by Epstein to study the nature of consciousness, praised the financier for his sharp mind.

Harvard mathematical biologist Martin Nowak, the magazine wrote, talked to Epstein on a weekly basis and was flown to his homes to give impromptu lectures. “Jeffrey has the mind of a physicist. It’s like talking to a colleague in your field,” Nowak told New York magazine. “He has changed my life. Because of his support, I feel I can do anything I want.”

But tracking the full extent of Epstein’s funding for science is hard. Though private foundations are supposed to reveal the beneficiaries of their grants in annual documents filed with the IRS, those from Epstein’s known foundations, based in the US Virgin Islands, do not give a complete record of his donations.

For example, one of Epstein’s foundations, Enhanced Education, made $250,000 in payments to the Origins Project, headed by Lawrence Krauss at Arizona State University, between December 2010 and April 2017, according to records obtained by BuzzFeed News under a public records request. But Enhanced Education seems to have filed only once with the IRS, for 2002.

Krauss, who agreed to retire from ASU last year after BuzzFeed News revealed his history of sexual harassment, publicly defended Epstein in 2011, telling the Daily Beast: “As a scientist I always judge things on empirical evidence and he always has women ages 19 to 23 around him, but I’ve never seen anything else, so as a scientist, my presumption is that whatever the problems were I would believe him over other people.”

“I don’t feel tarnished in any way by my relationship with Jeffrey,” Krauss added. “I feel raised by it.” 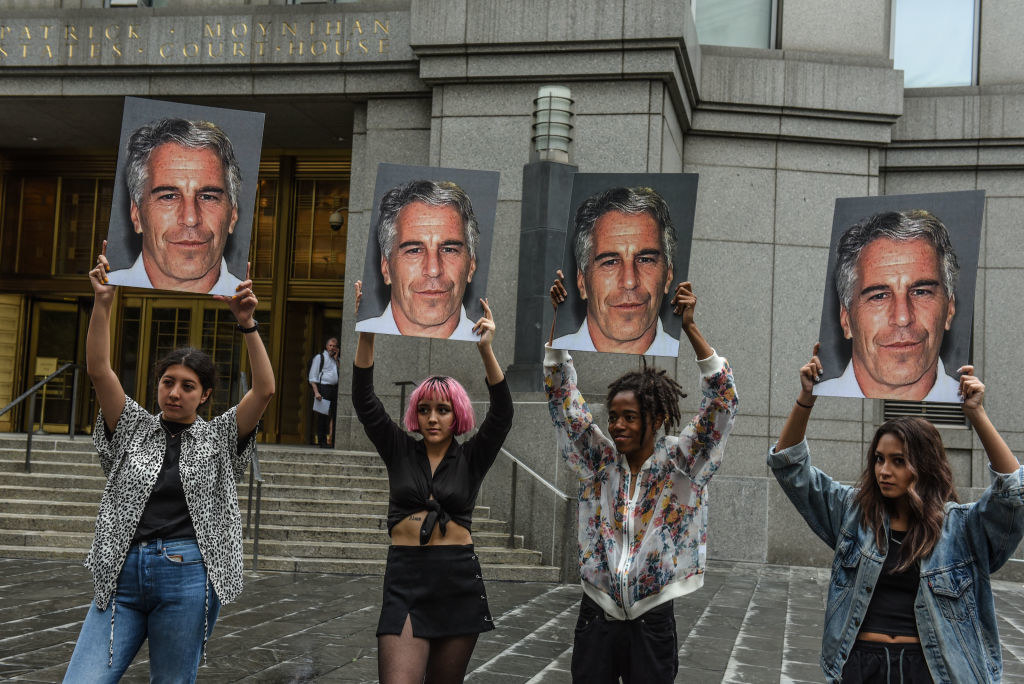 Protesters from a group called “Hot Mess” hold up placards in front of the federal courthouse on July 8 in New York City.

While Krauss was unusual in speaking out in support of his disgraced friend, he was not alone in continuing to take money from Epstein after the publicity that surrounded his 2008 conviction.

The Sante Fe Institute, which studies complex physical, computational, biological, and social systems, received $25,000 from Epstein Interests, another of the financier’s foundations, in 2010. And when the foundation closed in 2012, it gave $50,000 to MIT.

A May 2012 release from the Jeffrey Epstein VI Foundation, which seems to be an umbrella for his charitable activities with no IRS filings of its own, describes a “pivotal donation” to the Melanoma Research Alliance. Between then and November 2014, the Jeffrey Epstein VI Foundation put out regular releases touting his support for cancer research, including at the Icahn School of Medicine at Mount Sinai in New York City, research on Crohn’s disease, and projects including OpenCog, an initiative led by the artificial intelligence pioneer Ben Goertzel to develop open source software for AI.

Neither Goertzel nor the Icahn School of Medicine responded to requests for comment from BuzzFeed News.

Many of the Jeffrey Epstein VI Foundation’s releases touted Epstein’s associations with Harvard and his donations to the university, including Martin Nowak’s Program for Evolutionary Dynamics, and support for a study by the neuroscientist Mark Tramo, which examined the effects of playing music to premature babies on their heart rates.

Tramo, now at UCLA, did not immediately respond to a request for comment. Nowak did not respond to queries about Epstein from BuzzFeed News.

In several releases, the Jeffrey Epstein VI Foundation claimed to have given $30 million to Nowak’s program. A Harvard source familiar with the donation would not comment on how much was received, but said that the $30 million figure “does not reflect the actual gift.” (In 2006, after Epstein’s original indictment, the Harvard Crimson reported that the university had received $6.5 million, which the source confirmed was an initial donation made in 2003.)

Apart from the $30 million Epstein claimed to have given to Harvard, the foundation’s press releases from 2012 to 2014 don’t mention the sums involved, nor when donations were made.

Several of the releases note prior support for the late Stephen Hawking, as well as Nobel prize-winning physicists Frank Wilczek of MIT and Gerard ‘t Hooft of Utrecht University in the Netherlands. They were among a group of leading physicists who attended an Epstein-funded conference in the Virgin Islands on gravity, organized by Krauss in 2006.

‘t Hooft told BuzzFeed News that he had no contact with Epstein since 2006.

“I did not receive financial support from Mr. Epstein. I did attend conferences and events which he financed in part,” Wilczek told BuzzFeed News by email. “I was not aware of the serious charges against him until quite recently.”

Other scientists who attended meetings backed by Epstein or flew on his private jets faced criticism this week on Twitter. Harvard psychologist Steven Pinker, picture in 2014 at ASU with Epstein and Krauss, distanced himself from the disgraced financier.

“My appearing in a couple of photos with Epstein is a bitter irony for me, because unlike a number of friends and colleagues I could never stand the guy and always tried to keep my distance,” Pinker told BuzzFeed News by email. “Frankly I never understood why so many colleagues treated him as a serious intellectual.”

In 2016 and 2017, Epstein’s donations included $225,000 to the Melanoma Research Alliance, $150,000 to MIT, $50,000 to the University of Arizona Foundation, $25,000 to Nautilus Think Inc, which publishes an online science magazine, $20,000 to the Crohn’s Colitis Foundation, and $10,000 to the Icahn School of Medicine. These payments are documented in filings to the IRS from another of Epstein’s foundations, Gratitude America.

MIT declined to comment on the money it received. “While donors, including foundations, may confirm their contributions to the Institute, MIT does not typically comment on the details of gifts or gift agreements,” MIT spokesperson Kimberly Allen told BuzzFeed News by email.

BuzzFeed News also reached out for comment to other organizations that received grants from Gratitude America, but they did not immediately respond.

But at least one organization is now considering whether to give away the money it received from Epstein after his 2008 conviction. Jenna Marshall, a spokesperson for the Santa Fe Institute, told BuzzFeed News by email that it received $250,000 from Epstein before 2007, before his crimes were known. The $25,000 donation in 2010 “prompted our leadership to decide not to accept any additional funds from Mr. Epstein or related sources,” she added.

Marshall said that the Santa Fe Institute was now considering whether to donate the $25,000 to charity, perhaps to an organization that works with victims of sex trafficking.