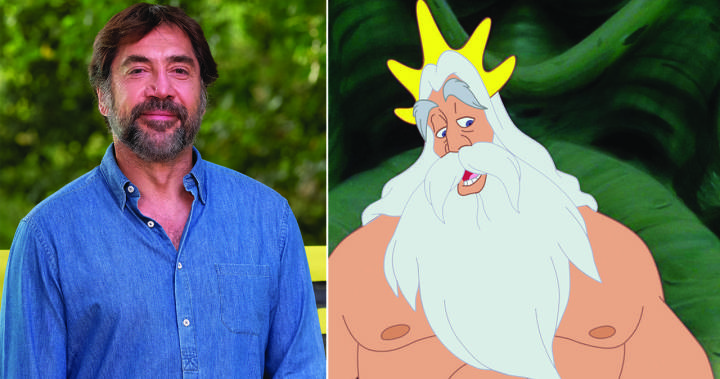 Javier Bardem could become the ruler of Atlantica, the undersea kingdom.

According to the Hollywood Reporter, the 50-year-old actor is in talks to play King Triton in the live-action remake of The Little Mermaid.

He would join a cast that includes Halle Bailey as Ariel, King Triton’s daughter.

Other cast-members include Harry Styles — who is in talks to play Prince Eric — Jacob Tremblay, Awkwafina and Melissa McCarthy.

Actor Terry Crews had previously made a plea to play King Triton for the live-action remake of the 1989 classic Disney film.

“If y’all retweet it enough maybe it’ll happen! King Triton! #TerryForTriton #MermanLife,” he tweeted, with a photo of him as King Triton attached.

The film is directed by Rob Marshall and produced by Marshall, John DeLuca, Marc Platt and Lin-Manuel Miranda.

It will feature songs from the animated classic by Alan Menken and Howard Ashman as well as new songs by Menken (music) and Miranda (lyrics).

Production is anticipated to begin in early 2020.