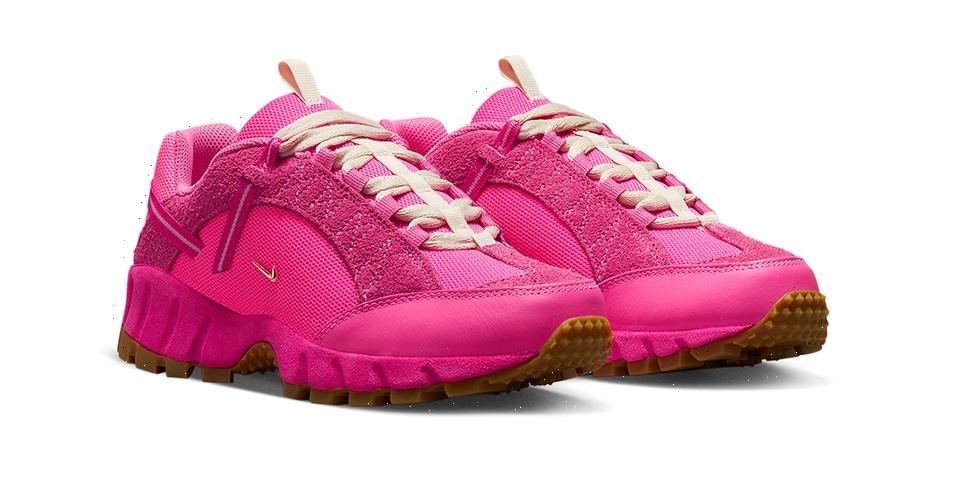 After Jordan Brand teamed up with Dior in 2020 to create arguably one of the biggest sneaker collaborations to-date, Nike decided to hop on the luxury train in 2022 to align with Jacquemus for an apparel range and footwear capsule. So far, the duo has released two colorways of the French label’s take on the Air Humara LX, but now we’re learning of a third pink makeup that has just been unveiled via official imagery.

In comparison to the white and brown iterations that kicked off the partnership, this newly-revealed installment takes a much more playful approach. A hot pink hue guides it overall design as it drapes over the mesh liners, tongues and side panels, shaggy suede overlays that arch from the quarter to the heels, leather overlays up front and the midsoles. This design element likely nods to Jacquemus’ 10 year anniversary show “Le Coup De Soleil” which was presented on a pink carpet. Branding is present via mini golden Swooshes as well as tonal branding by the French imprint along the heels, tongues and insoles. Treading is formed with gum exteriors to string together its look.

Peep a detailed look at the pair in the gallery above and be on the lookout for these to release in the coming months.

In other news, images of the Nike LeBron 20 “Barely Green” have emerged.
Source: Read Full Article