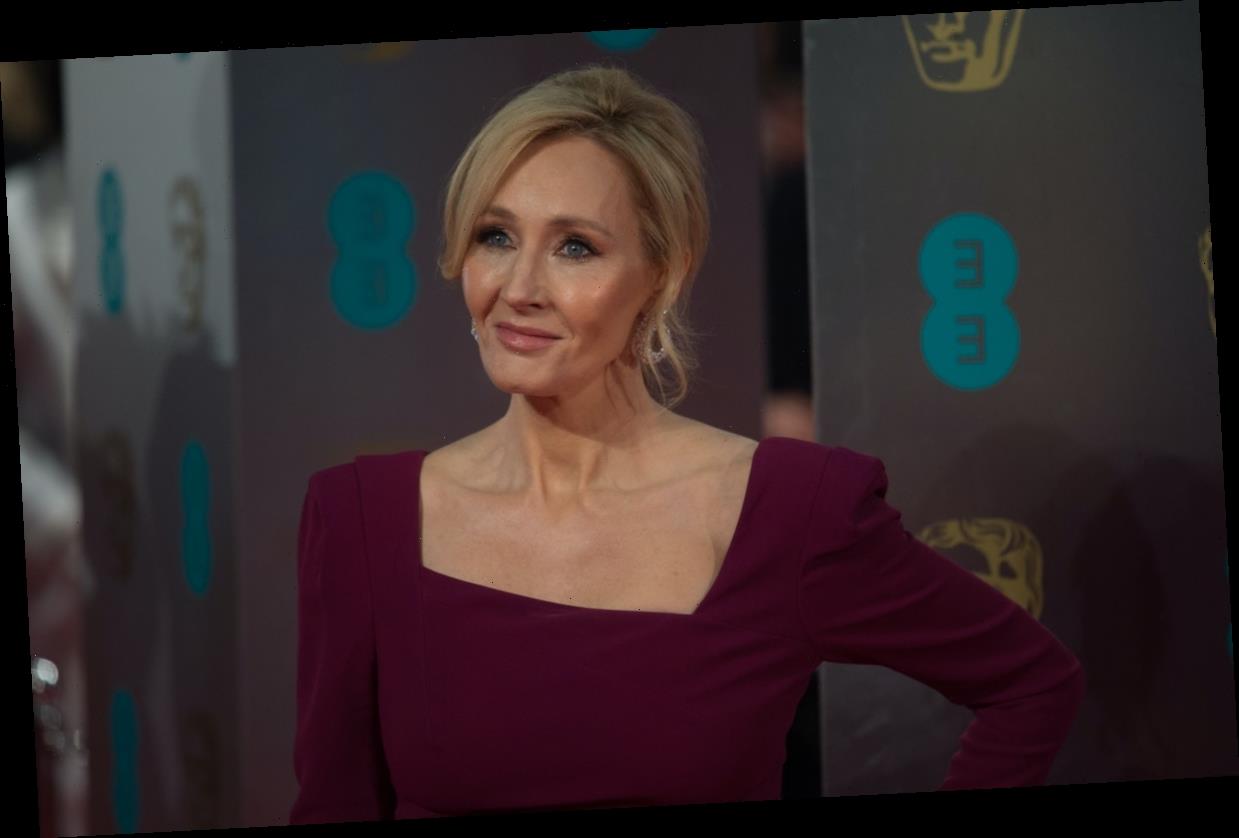 #RIPJKRowling is trending on Twitter, but the author is alive and well. Her career, however, is another story. J.K. Rowling’s new book, Troubled Blood, reportedly features a dangerous transgender stereotype, and fans are disappointed, to say the least. The first review of the fifth Cormoran Strike installment broke the news on Sunday that the book, set to be released on Sept. 15, includes a cis gender male serial killer who dressed as a woman to kill his female victim. Bustle has reached out to Rowling and her publisher for comment on the reported character.

The news comes after the author posted a series of tweets and a lengthy essay in June about her concern over the "new trans activism," which included perpetuating the myth that transgender rights would open the door for crimes against women. Now, despite many people trying to tell her otherwise, it seems that Rowling has doubled down on this belief. As the review from The Telegraph notes, the moral of Troubled Blood "seems to be: never trust a man in a dress." The review immediately sparked an outcry from members of the LGBTQ+ community and allies on Twitter, with some social media users pointing out that not only is the stereotype reportedly used in the book dangerous, it’s also been done — over and over again (see: Buffalo Bill in The Silence of the Lambs, Norman Bates in Psycho).

Unfortunately, the reported character in Troubled Blood isn’t the first instance of Rowling promoting transgender stereotypes in her Cormoran Strike series. As pointed out by Pink News, the second book in the series, The Silkworm, includes a transgender character who is described as "unstable and aggressive." The character also has her deadname revealed, and is warned by Strike that prison "won’t be fun for you… Not pre-op."

Rowling has insisted that she is not transphobic many times, especially since her explosive tweets regarding transgender issues. On June 6, Rowling posted a series of tweets revealing her stance on the definition of sex and gender. "If sex isn’t real, there’s no same-sex attraction," she wrote. "If sex isn’t real, the lived reality of women globally is erased. I know and love trans people, but erasing the concept of sex removes the ability of many to meaningfully discuss their lives. It isn’t hate to speak the truth."

The author recently went so far as to return a human rights award bestowed on her by the Robert F. Kennedy Human Rights organization after Kerry Kennedy published a statement denouncing the author’s views on sex and gender identity. Per Variety, Kennedy wrote that she spoke to Rowling, "to express my profound disappointment that she has chosen to use her remarkable gifts to create a narrative that diminishes the identity of trans and nonbinary people, undermining the validity and integrity of the entire transgender community."

Rowling responded on her website writing in part, "the statement incorrectly implied that I was transphobic, and that I am responsible for harm to trans people. As a longstanding donor to LGBT charities and a supporter of trans people’s right to live free of persecution, I absolutely refute the accusation that I hate trans people or wish them ill."

Despite Rowling’s assertion that her statements haven’t harmed members of the trans community, transgender fans of the Harry Potter series have spoken out about how demoralizing the author’s comments have been. Most recently, Sex and the City star Cynthia Nixon shared with The Independent how Rowling’s comments have affected her transgender son Samuel.

"It was really painful for him because so much of his childhood was tied up with Harry Potter," Nixon said. "We’re a Harry Potter family. The books seem to be about championing people who are different, so for her to select this one group of people who are obviously different and sort of deny their existence, it’s just … it’s really baffling."