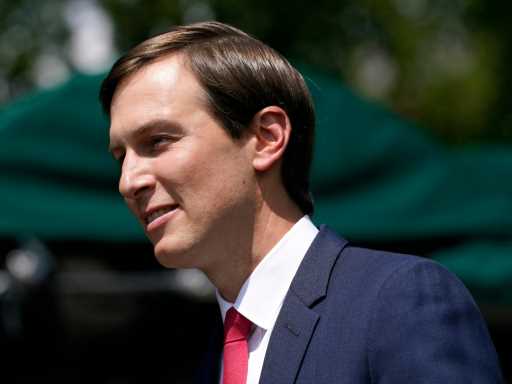 For former President Donald Trump, assembling the dream team has never required looking far beyond his bloodline, with daughter Ivanka Trump and her husband Jared Kushner taking on the nebulous yet far-reaching role of senior advisors during his White House term. But as Donald reconvenes with his allies in Florida and prepares for a 2024 run, Kushner and Ivanka have notably not been saved a seat at the table — or, as some sources suggest to CNN, the couple may have outright turned down the option of continuing on Donald’s political team.

A number of sources close to Donald’s White House team spoke to CNN about Kushner’s disappearance from his inner circle, confessing that both Ivanka and Jared were capital-B Burnt Out from their time in Washington, D.C.

“Right now, he’s just checked out of politics,” one source attested, with several others echoing that Kushner is “effectively done with Trump’s rhetoric.”

“The drama of politics wore him down,” another source said. “Eventually, Trump wears everyone down.”

It seems political fatigue has gotten to Ivanka too, who CNN describes as “so over the political bubble she has told friends and colleagues of late to not utter anything to do with Washington.” But Ivanka’s status as the golden daughter may not allow her to remain politically neutral for long — and if Donald begins to more seriously gather a 2024 team in coming years without her on it, there’s no doubt it will have larger ramifications for their family.

While taking a rest after Donald’s dramatic exit from the White House might seem like a sensible move, it bears mention that those close to Kushner were genuinely surprised to see him missing from Donald’s current entourage.

“That’s about as 180 a turn as he could ever make,” said a source from the Trump White House. “This was a guy who for four years did everything on behalf of President Trump. He lived that job.”

We’ll certainly be curious where Kushner lands next.