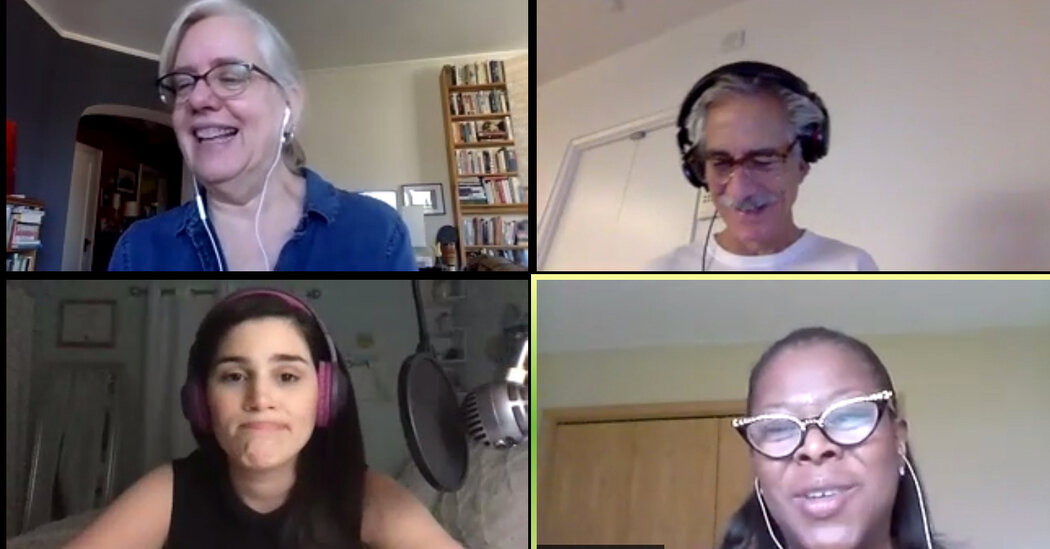 The 1936 presidential election was mere days away, in a United States brought to its knees by the Great Depression, when the Federal Theater Project rolled out a headline-grabbing new show — “It Can’t Happen Here,” a play by the Nobel laureate Sinclair Lewis based on his sweeping anti-fascist novel that a skittish Hollywood had recently, notoriously, pulled from the production slate.

Adapted by Lewis and John C. Moffitt, the stage version ran simultaneously in 18 cities, and Lewis himself called it propaganda for American democracy. But when, at a press conference, someone asked whether it might incite people to disorder, he answered, truthfully, “It isn’t that good.” It’s hackneyed, actually — a dumbed-down agitprop streamlining of the novel, with cardboard villains and dialogue to match.

The happy news about Berkeley Repertory Theater’s audio production of “It Can’t Happen Here” — streaming on YouTube, with more than 100 theaters across the country named as “broadcast partners” — is that Tony Taccone and Bennett S. Cohen have written a far stronger adaptation than Lewis and Moffitt’s blunt instrument. Taccone and Cohen get much closer in substance and spirit to the novel, which warns about the vulnerability of American freedoms, decries the rigidly doctrinaire across the political spectrum and extols active, vigilant liberalism.

Directed by Lisa Peterson, who also directed the script’s world premiere at Berkeley Rep in the run-up to the 2016 presidential election, it stars David Strathairn as Doremus Jessup, the mild Vermont newspaper editor who turns daring rebel after the American people vote an autocrat into office.

Jessup’s placid mountain town becomes a prism for the swift erosion of the nation under the malevolent regime of one Berzelius Windrip (David Kelly), a crowd-charming populist and easy liar whose chances as a candidate Jessup initially discounts. Across the Atlantic, Hitler and Mussolini are thriving, but this homegrown pol seems more buffoon than threat.

“I rather think Mr. Windrip should be on the vaudeville circuit than stumping for the nomination,” Jessup says. 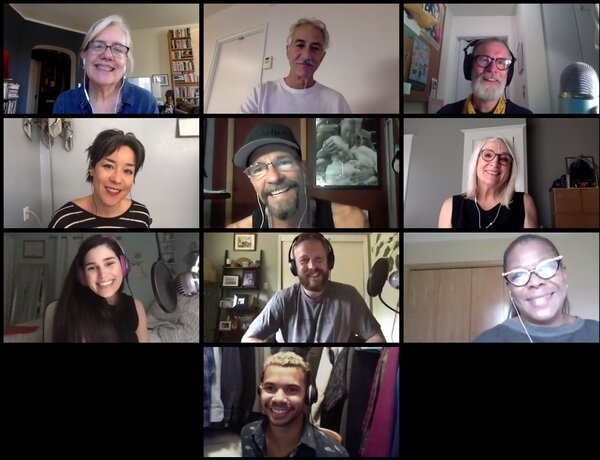 This production works beautifully as theater for the ears, with meticulous sound design (by Paul James Prendergast) and a cast of 16 — notably including Greta Oglesby as Lorinda Pike, the reform-minded, not-so-secret love of the long-married Jessup, and Tom Nelis as their pal Buck Titus. The mix of narration and dialogue makes for clear, efficient storytelling, conjuring mind-sets and conveying forward motion.

Yet it cannot harness the elusive power of the novel, which for all its hurried composition and patchwork tone captures the insidious, organic growth of a dictatorship and the psychology of a people that would vote one in, however inadvertently, then simply adapt to its cascading horrors.

Split neatly into four episodes that track the nation’s fall into ever deeper darkness, the play skims over Jessup’s slowness to sound the alarm, but it does well when he puts his protests into print. “The air, once light with promise, is now thick with fear,” Jessup writes, blaming Windrip for the devolution. “The currency of grace that once moved freely through the daily discourse of our citizenry has evaporated, replaced by an acrimony so vicious as to destroy our very humanity.”

Any resemblance between the play and current circumstances is “purely coincidental,” a semi tongue-in-cheek introduction to the production says. But Berkeley Rep and its partners aren’t the only ones looking to “It Can’t Happen Here” for resonance. National Yiddish Theater Folksbiene and seven other theaters are teaming up for a virtual, recorded reading of the 1936 script in Yiddish, English, Spanish, Italian, Turkish and Hebrew (with English subtitles), available on demand Wednesday through Sunday.

“It Can’t Happen Here” is an enduringly tempting cautionary tale, then. Will it get people marching in the streets, though, or down to the polling place? It still isn’t that good.