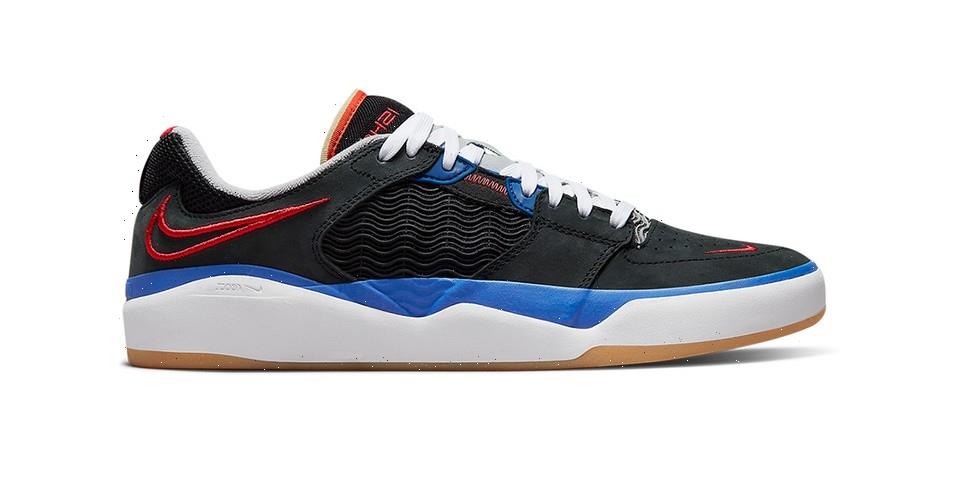 The NBA and Nike have been making the most of out their partnership by working together on collaborative footwear. In the past, we’ve seen the two entities join forces to craft special Air Force 1s, Dunks and Blazers, and now they’re inviting pro-skater Ishod Wair into the mix. Together, the three parties have put their spin on Ishod’s first signature sneaker, and its official images have surfaced.

The overall palette of this forthcoming offering mimics the NBA logo. Most of the components of the upper such as the nubuck overlays, mesh collars, wavy quarter paneling and tongues are dyed in black, but hits of red enliven the kicks atop the Ishod tongue branding and various embroidered Swooshes. Smaller doses of blue also get implemented here via the mid-foot lace loops and the synthetic overlays that sit above the midsoles to speak back to the Association’s emblem. From there, white accents through the laces, interior lining and midsoles which likely represent Jerry West’s silhouette, and gum bottoms round everything off.

Nike hasn’t confirmed this NBA x Nike SB Ishod launch date yet, but a release in the coming months is likely.

For other footwear-related news, check out the official images of the upcoming Nike Dunk Low “Ocean.”
Source: Read Full Article