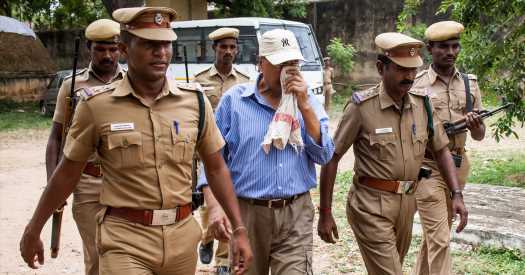 In a sweeping new criminal case, Subhash Kapoor, a former Manhattan art dealer the authorities describe as one of the world’s largest smugglers of antiquities, was charged Monday with running a multinational ring that trafficked in thousands of stolen objects, valued at more than $145 million, over 30 years.

Mr. Kapoor, 70, is currently jailed in India, where he has been awaiting trial on similar charges for nearly eight years.

Before his downfall in 2011, he was widely feted in New York art circles for consistently obtaining remarkable items for sale and for his donations to museums. After his imprisonment in India though, federal officials referred to him as “one of the most prolific commodities smugglers in the world.”

Even though the general scope of Mr. Kapoor’s smuggling had been laid out in previous investigations, many details in the complaint filed by the Manhattan District Attorney’s Office were new, and jarring.

For example, officials revealed that 39 looted antiquities, valued at $36 million, are still missing. Officials said Mr. Kapoor had been able to hide those items, even after his initial arrest in Germany in 2011, by instructing employees to entrust the most valuable ones to his family members, who moved them to “an unknown location.”

So far, some 2,600 antiquities, valued at more than $107 million, have been seized from storage locations Mr. Kapoor controlled in Manhattan and Queens during a decade-long investigation, the authorities said. The smuggling ring harvested objects from Afghanistan, Cambodia, India, Nepal, Pakistan and Thailand, the complaint said, and it created false paper trails that gave the items a patina of legitimacy, then sold them globally for large profits to collectors, art dealers and museums. 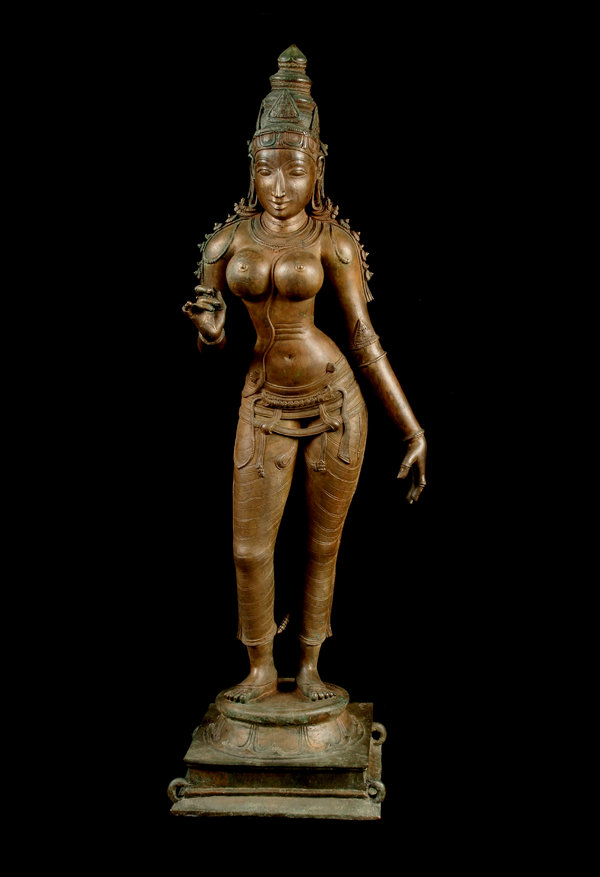 Mr. Kapoor was charged along with seven co-conspirators, most of them overseas, who would also require extradition. Arrest warrants for all eight men were filed Monday in the Criminal Court of the City of New York, along with a painstakingly detailed complaint that reconstructed a smuggling scheme stretching back to 1986.

Much of the evidence put forward by the authorities, including federal agents from Homeland Security Investigations, was based on tens of thousands of records seized from Mr. Kapoor’s former Madison Avenue gallery, Art of the Past.

Those records, officials say, included detailed logs of trips Mr. Kapoor made to India to meet with conspirators, often to see the objects he would ultimately acquire. The records also show how artifacts were secreted into the United States using false import documents; how many were then shipped to London to be cleaned and restored for sale; and how the conspirators created fraudulent invoices and provenance papers asserting the items had left their nations of origin legally.

Two of the accused co-conspirators were identified as restorers who enhanced the value of the pieces — often still marked by the dirt from which they had been dug up by hired thieves — and brought them back to life as treasures.

Items said to have been smuggled by the ring and later sold include Hindu and Buddhist statues in stone and bronze that are considered national treasures. In 2005, officials say, a statue of the goddess Uma Parameshvari was stolen from a temple in India and smuggled via Hong Kong to London. After restoration it was shipped to New York and was offered for sale in 2008 for $2.5 million, according to one of Mr. Kapoor’s catalogs.

Investigators said buyers included many museums around the world, among them the Toledo Museum in Ohio and the National Gallery of Australia. Often, Mr. Kapoor would briefly lend an item to a museum to bolster its legitimacy, telling his customers the object had been vetted by reputable experts, the complaint said.

For now, the objects are being held in secure storage by both federal and local investigators.

Georges Lederman, Mr. Kapoor’s lawyer in New York, said Wednesday that he was “in the process reviewing the charges” and would not immediately comment.

Mr. Lederman also said he does not know why Mr. Kapoor has been held in India without trial for so long.

Mr. Kapoor’s case has been a cause célèbre in India for years, in part because it illustrated the vulnerability of that nation’s ancient treasures, many of which were in remote, unguarded temples that were easy targets for thieves.

“The scale and brazenness of the thefts is mind-blowing,” said S. Vijay Kumar, a private investigator from Singapore who has for years tracked many of the items Mr. Kapoor is accused of stealing.

Mr. Kumar said he grew suspicious after noticing that Mr. Kapoor was selling so many rare Indian idols out of New York.