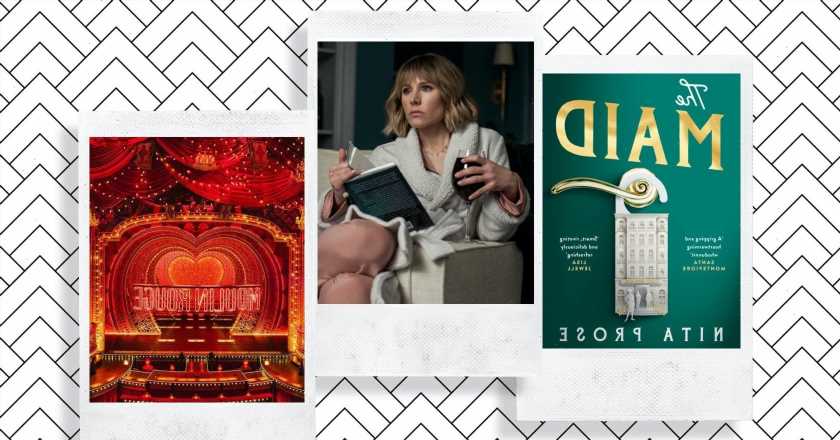 From a gripping new murder mystery novel to a stage revival of an iconic movie musical, this is your definitive guide to the best in culture this week.

Admit it: keeping up with culture these days can sometimes feel like mission impossible. What with reading a few pages of the latest bestseller, listening to a conversation-starting podcast or catching up with that obscure documentary all your colleagues are talking about, there’s always more to consume. Little wonder, then, that we’re so overwhelmed by choice that we very often end up doomscrolling into the light of our phones.

But culture shouldn’t be a burden, dear reader, it should be fun. That’s why we’re launching Culture Fix. Every week, we’ll be sifting through the stream of new books, TV shows, films, podcasts and exhibitions and highlighting five standout releases that we love. Hopefully, you’ll find something here that not only saves you from infinite browsing, but that you can chat about with all your favourite people afterwards.

With 2022 bringing a truly bumper crop of entertainment, we figured there was no time like the present to get started. But rest assured: we won’t be bombarding you with options and bringing yet more “did-I-choose-right?” anxiety into your life. Rather, you’ll find just five recommendations of things to watch, read, attend and listen to in this article every week.

To kick things off, dive into a captivating whodunnit, plug into a compelling true crime podcast, and immerse yourself in a Parisian pop stage production – and don’t forget to check back here next Monday, where we’ll be back with another roundup to help you figure out your culture for the coming week ahead.

Watch: The Woman In The House Across The Street From The Girl In The Window

Culture Fix: The Woman In The House Across The Street From The Girl In The Window arrives on Netflix this week

Yes, the title is a total mouthful, but that’s entirely deliberate. The Woman In The House Across The Street From The Girl In The Window, which lands on Netflix at the end of the week, is a darkly comedic series which pokes fun at the trend for big screen adaptations of psychological thrillers about troubled women such as The Girl On The Train and Gone Girl. Starring fan favourite Kristen Bell as Anna, a heartbroken woman with a penchant for mixing wine, pills and an overactive imagination, the show unravels whether our tricky protagonist may or may not have witnessed a gruesome murder.

In the late 60s, Vince and Carole Grimmer and their four children emigrated from Bristol to New South Wales, Australia, to embark on a new life. But less than two years later, their world was upended when their three-year-old daughter, Cheryl, was abducted after a family trip to Wollongong’s Fairy Meadow beach.

Nearly half a century after Cheryl’s disappearance, the abduction still remains unsolved, despite an arrest in 2017 and a million-dollar reward offered two years ago. In a compelling new eight-part podcast from BBC Sounds, Bristol-based journalist Jon Kay, who has been following the case since 2016, examines the wide-reaching impact a missing child has on a family and a community, speaking to police officers, potential witnesses, and Cheryl’s older brother in a bid to offer fresh insight into the tragedy. It’s brilliantly researched and sensitively handled, and evidently, the story is far from over: here’s hoping the family get the answers they deserve.

If you’re a fan of Florence Pugh, you might already have heard about Nita Prose’s buzzy debut novel The Maid. In 2020, it was announced that the Academy Award-nominated actor would be playing the lead role of Molly in an upcoming Hollywood adaptation based on the Agatha Christie-esque murder mystery.

Set in the fancy five-star Regency Grand hotel, the story follows a maid named Molly who wipes away the grime and dust of the guests who pass through while getting to know their dirty secrets. But when a renowned guest is found dead in his bed and suspicion falls on Molly, she must descend into the dark underbelly of the hotel to uncover the truth. Having already hit the New York Times’ hardcover bestsellers list, it’s only a matter of time before this captivating story takes off on this side of the pond.

Shop The Maid by Nita Prose (£14.99, HarperCollins) at Bookshop.org

There seems like no better time than an interminably grey January stretching towards the two-year mark of a pandemic for one of the most hotly anticipated musicals in recent times to throw open its doors on the West End. Happily, Moulin Rouge! The Musical arrives this week at London’s Piccadilly Theatre to inject some razzle dazzle into our lives. Adapted from Baz Luhrmann’s 2001 movie of the same name, which memorably starred Ewan McGregor and Nicole Kidman, the stage show tells the story of American writer, Christian, who falls hopelessly in love with the beautiful courtesan Satine, the star of the Moulin Rouge nightclub. Together with his bohemian friends, Christian stages a musical spectacular to save the ailing Moulin Rouge and win the heart of Satine.

Expect a joyous spectacle of pyrotechnics, glitter cannons, OTT choreography and a jaw-dropping transformation of the theatre into belle époque Paris. Even better, the iconic soundtrack from the original movie has been remixed with additions from all our favourite modern day divas: think Adele, Rihanna, Beyonce, Sia and more. Fishnets, frilly petticoats and pounding pop-rock might not solve everything, but for two hours of glorious escapism, this is hard to beat.

Moulin Rouge! The Musical runs at the Piccadilly Theatre until 28 May 2022.

Watch: As We See It

Culture Fix: As We See It follows three roommates on the autism spectrum navigating their early 20s

There’s no shortage of TV shows these days about 20-somethings figuring out the complicated business of adulting. But if you thought you’d had your fill of coming-of-age shows, prepare to upend your expectations.

Based on the Israeli series On The Spectrum, Amazon Prime’s new eight-part series As We See It follows three autistic roommates as they navigate their early 20s with the help of their families, their live-in aide, and each other. Starring neurodiverse actors Rick Glassman, Albert Rutecki, and Sue Ann Pien, it’s a big-hearted drama that gives an authentic portrayal of individuals on the spectrum, and what journeys towards independence look like in a world that’s so often hostile to difference.

The first season of As We See It is now available to stream on Amazon Prime.