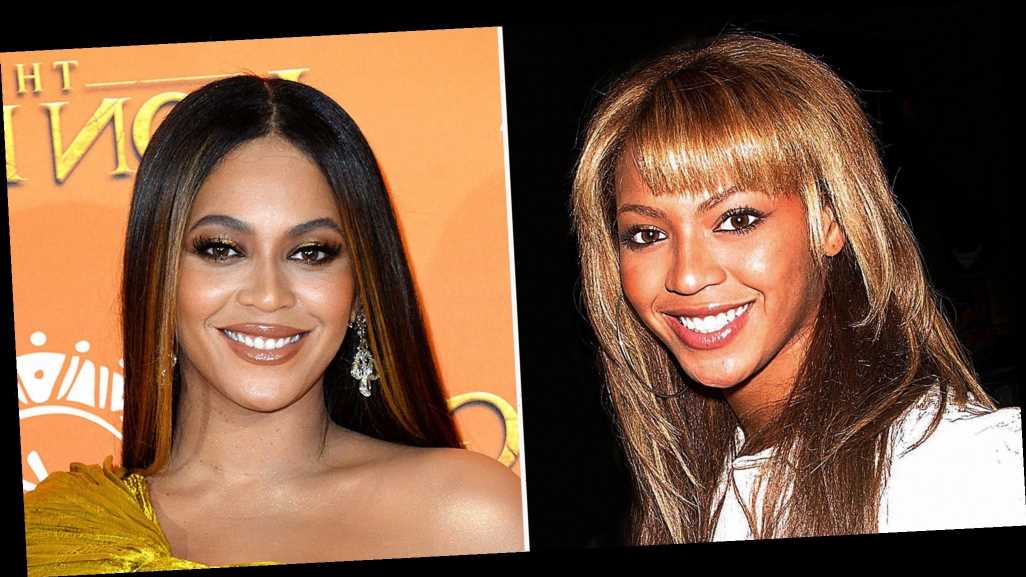 The girl group was formed in Houston in 1990 under the name Girl’s Tyme. Their original lineup consisted of Beyoncé, Roberson, Rowland, Támar Davis and sisters Nikki and Nina Taylor. The sextet competed on Star Search but lost the talent competition, leading Beyoncé’s father, Mathew Knowles, to take on the role of manager to help push the group toward success. He quickly cut Davis and the Taylor sisters, adding Luckett in their place.

Girl’s Tyme eventually changed their name to Destiny. They were signed to Elektra Records but dropped several months later before they even had a chance to release an album. In 1996, Mathew secured the foursome a deal with Columbia Records, and Destiny’s Child was born. Their self-titled debut album was released in February 1998 and included the hit single “No, No, No Part 2.”

Destiny’s Child released their sophomore — and breakthrough — album, The Writing’s on the Wall, in July 1999. It spawned four hits, “Bills, Bills, Bills,” “Bug a Boo,” “Say My Name” and “Jumpin’, Jumpin’.” Beyoncé announced later that year that Luckett and Roberson had left the group. They were replaced by Williams and Franklin.

A much-publicized battle with Mathew followed Luckett and Roberson’s exits from the group. They accused him of unfairly favoring Beyoncé and Rowland and keeping more than his fair share of Destiny’s Child’s profits. The group faced another setback when Franklin abruptly left just five months after joining.

Now a trio, Destiny’s Child released their third album, Survivor, in May 2001. It became a huge success thanks to the singles “Independent Women Part I,” “Survivor” and “Bootylicious.” Shortly after Survivor’s release, Rowland and Beyoncé started branching out as solo artists. The former collaborated with Nelly on “Dilemma,” while the latter recorded “’03 Bonnie & Clyde” with her future husband, Jay-Z.

Destiny’s Child came together again in the studio in 2004 to record their fourth and final album, Destiny Fulfilled, which was released that November and included the singles “Lose My Breath,” “Soldier,” “Girl” and “Cater 2 U.” After embarking on a world tour, the trio announced their split in 2005, saying in a statement that they wanted to leave “on a high note, united in our friendship and filled with an overwhelming gratitude for our music, our fans and each other.”

Beyoncé, Rowland and Williams have only reunited on stage a few times since their breakup — most recently during Queen Bey’s 2018 Coachella performance — but they have remained best friends.

Scroll down to see where the six members of Destiny’s Child are now.