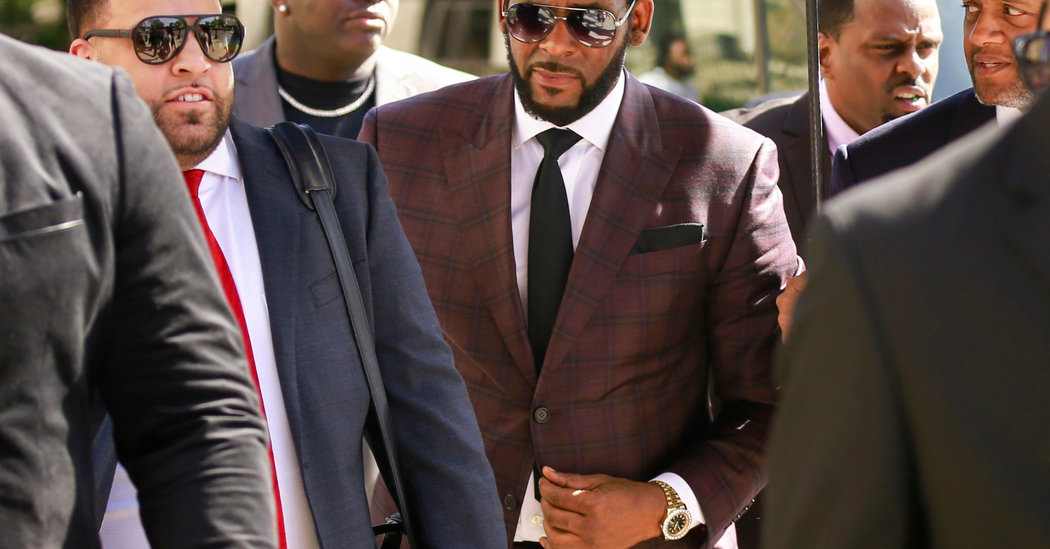 The tape, sold as a bootleg on the streets of New York, Los Angeles and Chicago, was notorious: It showed the R&B singer R. Kelly having sex with and urinating on a girl who prosecutors said was barely a teenager.

But although the tape was shown at Mr. Kelly’s ensuing child pornography trial in 2008, the girl and her immediate family refused to testify, a choice that was seen as crucial to the decision to acquit him.

In a sign of how dramatically Mr. Kelly’s fortunes have changed, a lawyer for that girl, now a woman in her 30s, said on Tuesday that she was cooperating with federal investigators.

The extent of her cooperation was not immediately clear, but the statement from her lawyer, Christopher L. Brown, came just days after Mr. Kelly was accused in a federal indictment of paying the girl and her father to stay quiet, and in some cases to lie to investigators to protect him.

Mr. Kelly is now facing numerous state and federal charges including sexual assault, obstruction of justice, child pornography and racketeering. Prosecutors said he had victimized 12 women, at least eight of whom were underage at the time of the incidents.

[What we know about R. Kelly’s two-decade trail of sexual abuse accusations.]

On Tuesday, Mr. Kelly stood in a federal courtroom in Chicago in an orange jumpsuit and ankle shackles and pleaded not guilty while his lawyer, Steve Greenberg, argued that his client was not a flight risk, noting he had been present for all his previous court dates. But a federal judge ordered him kept in jail without bond, calling the case “extraordinarily serious.”

Angel Krull, a federal prosecutor, said on Tuesday that, if convicted, Mr. Kelly would face a maximum of 195 years in prison and that investigators had “identified many more girls” beyond the 12 that he may have abused.

“The defendant is charged with incredibly serious crimes against girls in middle school,” Ms. Krull said, “as young as 7th and 8th grade.”

One of the 12 women was the girl at the center of Mr. Kelly’s 2008 trial, but until Tuesday it was not publicly known whether she would cooperate or whether prosecutors would try to prove she had been a victim by relying on witnesses who knew her, as they did in 2008. (At least some of the other 12 women are already cooperating.)

Mr. Kelly was known to record his sexual encounters, and during his 2008 trial, expert witnesses for the prosecution said that the tape was a copy, but that it had not been tampered with. Fourteen witnesses identified the girl in the video, who was believed to be around 14 at the time it was made.

But the girl and her family did not testify, and Mr. Kelly’s powerful team of defense lawyers convinced the jury that they could not know for sure who the girl in the tape was. (They also argued that it couldn’t be proved that the man was Mr. Kelly, despite the presence of a mole on the man’s back that prosecutors said matched the singer’s.)

Several jurors said after the trial that the girl’s refusal to testify made it difficult to convict him.

Mr. Kelly went on to record several more albums, but accusations against him continued to mount, in articles by the journalist Jim DeRogatis and in a widely-watched documentary on Lifetime, “Surviving R. Kelly,” which aired in January. The following month, Mr. Kelly was hit with the first of his new wave of charges in state court in Chicago.

According to a federal indictment unsealed last week, Mr. Kelly gave the girl and her family gifts and money both before and after the trial so she would lie to investigators or be unavailable for questioning, and so she would not testify against him. Neither the girl nor anyone else in her family was charged.

On Tuesday, when asked about the woman’s reversal about cooperating with the prosecution, Mr. Kelly’s lawyer said simply, “I don’t know anything about it.”

The girl’s aunt, Stephanie Edwards — a singer and former protégé of Mr. Kelly’s who goes by the name Sparkle — did testify against him in 2008. Her decision to cooperate with investigators led to her being shut out by much of her family, an exile that lasted for years. On Tuesday, she said she was elated at the news.

“I’m beyond pleased to finally hear the mountain I’ve tirelessly worked on moving over the years is now being assisted with the help of my niece and her parents!” she said in a statement. “Of course I’m in full unwavering support of them and their act of courage!”

Elizabeth Harris is a culture reporter. A Times reporter since 2009, she has covered education, retail companies for the business section, real estate and New York politics. @Liz_A_Harris