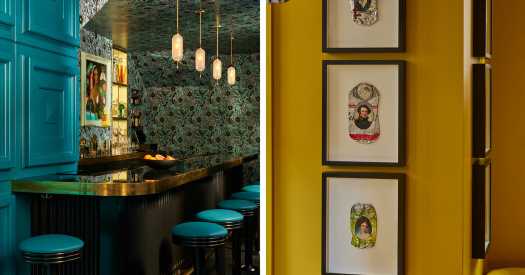 A Brutalist Hotel Explores the B-Side of Waikiki 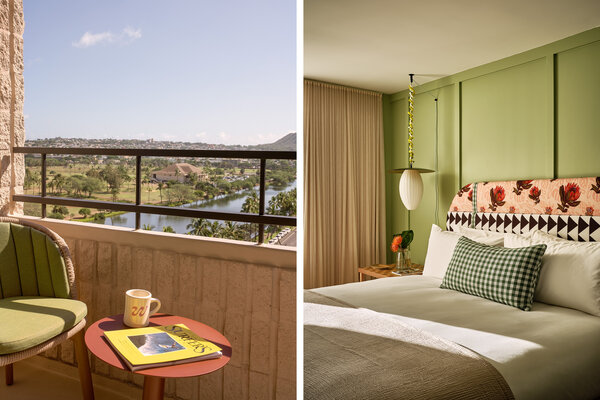 When the hospitality company Dovetail + Co. first envisioned a Hawaii outpost for Wayfinder, the boutique hotel brand whose original Rhode Island location is beloved for its Newport-specific charm, the group’s owner, Phil Hospod, knew he wanted to design a place that drew from “the B-side” of Waikiki, a reference to the lesser-known songs often found on a record’s flip side. The Wayfinder Waikiki is accordingly situated not on the oceanfront but on the (relatively) quiet Ala Wai Boulevard, with sweeping views of Diamond Head and the Koʻolau mountain range. (Still, it’s just a short three-block walk to the white sands and surf breaks.) The hotel’s rough-hewn ’60s Brutalist structure — a rarity among the neighborhood’s muted high-rises and tiki kitsch — now features eclectic, tropical interiors courtesy of the local design studio the Vanguard Theory. Drawing inspiration from the islands’ rich heritage, custom furnishings and textiles blend multicultural motifs for the 228 rooms. (Think: checkered palaka prints on pillows with aloha shirt designs and Japanese obi belt-inspired patterns decorating headboards.) A three-story Spanish terra-cotta building, housing rooms with kitchenettes, overlooks a 70-foot saltwater lagoon pool. Determined to give visitors a more insider experience of the island, Hospod and his team have partnered with a number of local businesses and organizations such as the record label Aloha Got Soul, which supplies the lobby with rare Hawaii vinyl reissues. The Bishop Museum, a century-old institution dedicated to Hawaii’s culture, is involved in creating a volunteer program for guests. In April, the hotel plans to open two on-site dining venues that will join its B-Side coffee bar: the first Waikiki location of Redfish (the popular Honolulu spot known for its inventive poke bowls) and the poolside bar Lost + Found, which will focus on local microbrews and tropical cocktails. Rooms from $229, wayfinderhotels.com.

A Perfume Reimagined With Matisse in Mind

When Pierre-François-Pascal Guerlain, the chemist who debuted his namesake French beauty dynasty in 1828, was asked to create an eau de cologne to mark Eugénie de Montijo’s marriage to Napoleon III, he delivered a singular scent in an ornate flacon embellished with the royal emblem of bees. Long outlasting the empress’s 17-year reign, that buzzy bottle, which celebrates its 170th anniversary this year, has now been reimagined with the help of Maison Matisse, a design house founded by Henri Matisse’s great-grandson Jean-Matthieu. Inspired by the artist’s 1939 oil-on-canvas piece “La Musique,” Astrid de Chaillé (known for her restoration work at the Château de Versailles) hand-painted the limited-edition collection’s 14 glass vessels with a vibrant motif, which she meticulously color matched to the original modernist masterpiece. Inside, the perfume Couleur Bonheur — an uplifting, fruit-forward chypre orchestrated by Guerlain’s nose, Thierry Wasser — plays off the palette’s cobalt, canary yellow and celadon green brushstrokes. Price on request, guerlain.com.

By Juan A. Ramírez

For the second time since its 2018 founding, the New York gallery Ortuzar Projects will present a survey of pieces by the gay Chicano artist Joey Terrill, this time centered around his collage work. In “Cut and Paste,” the curator Rafael Barrientos Martinez organizes five decades of the artist’s work with an inclusive eye informed by his full-time curatorial work with a Southern California health care nonprofit serving the region’s Latino communities. Terrill’s pop culture-heavy work has often dealt with the H.I.V./AIDS crisis and his own 1989 diagnosis. At Ortuzar Projects, his oeuvre is represented through silk-screens, his Homeboy Beautiful zines and fliers for parties he’s hosted throughout the years. There are also collages, one featuring a collection of Tom of Finland leather daddies and another a dashing Richard Gere. A cheeky missive comes in the form of a photocopied montage of Mark Wahlberg’s Interview cover and a Billy Baldwin publicity shot, across which is written in curlicue glitter “Dos Vatos que yo dejaría soplarme” (“two guys I’d let blow me”). Terrill’s most recent work, a rhinestone-embedded collage titled “Here I am/Estoy Aquí,” sees a baby photo of the artist surrounded by multicolored copies of Robert Mapplethorpe skulls and flowers. “This is my version of a secular coming into the universe,” Terrill says. “I’m convinced that when I was born, I already knew I was gay. I like that image of me as a child, smiling, and I wanted to contrast that through circles of death related to H.I.V./AIDS — but I’m still joyful. I’d like to be thought of as this joyful entity that’s coming into the world suddenly.” “Cut and Paste” is on view from Jan. 19 through Feb. 25, ortuzarprojects.com.

A Scandinavian Cocktail Bar in Philadelphia

Paige West has spent the past three decades curating a collection of contemporary art started by her father, Alfred West, the founder of the financial services company SEI. In the process, she has collaborated regularly with the interior designer Ghislaine Viñas, mostly on residences. The pair’s latest project, a cocktail lounge in West’s hometown, Philadelphia, is their first foray into commercial hospitality. Andra Hem (Swedish for second home) is on an unassuming corner of Rittenhouse Square. Inside, Viñas focused on bold colors — the walls are peacock blue and mustard — and bright patterns (a lichenlike wallpaper surrounds the bar), while West oversaw the selection and installation of art, a mix of hanging pieces and murals by local artists and friends. The menu follows the Scandinavian theme, with traditional dishes like Swedish meatballs, potato pancakes and beet-pickled herring. Drink creations include the Lambhattan, made with lamb-washed bourbon, and Nothing Beets a Dala Horse, a combination of beet-infused mezcal, tequila, overproof rum and horseradish coconut cream. After a night of indulgence, friends of West or Viñas can make their way upstairs to a set of spacious guesthouses where the furniture, décor and even bath accessories were all sourced from Sweden. Andra Hem opens Feb. 15, andrahem.com

Last month, the jewelry collector Camille Zarsky opened her fine jewelry boutique, the Seven, on the corner of Bleecker Street and Christopher Street in the West Village. The native New Yorker inherited her admiration for gems from her late mother, Meredith Wilson, who was also a collector and a jewelry designer. Zarsky named the boutique after her mother’s jewelry line, Le Sette Sorelle, Italian for the seven sisters. For the interiors, she worked with the designer Blake Brunson; their goal was to make clients feel as though they were entering Zarsky’s dream jewelry box. Together they furnished the store with antiques from around the world, like a Louis XV gilt-metal-inlaid desk. The colored glass doorknobs and the cases are custom made, while the hand-painted wallpaper by Gracie features greenery from Texas (where Zarsky grew up) and Italy, for her mother, along with portraits of her dogs. The store’s selection of bijoux is made up of independent designers — Emily P. Wheeler, Ileana Makri and Gigi Clozeau are a few of Zarsky’s favorites. She also works closely with a few of the jewelers to create one-of-a-kind pieces that are only offered at the Seven. For those interested in customizing their own piece, the boutique will offer one-on-one appointments. In addition to jewelry, shoppers can browse homeware like Maison La Bougie candles, diffusers made by Coqui Coqui and vintage china from Ginori 1735. thesevenwestvillage.com 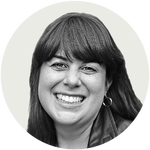 As hotels around the world prioritize sustainability, an increasing number are installing beehives. Globally, 1 in 6 bee species is regionally extinct and more than 40 percent are endangered because of pollution and habitat loss, among other causes. The decline of bees has a ripple effect since the insects are important pollinators that contribute to food security. Adare Manor in County Limerick, Ireland, welcomed seven beehives to its garden in 2017. The property’s 840 acres provide the honeybees with ample room to roam for nectar and the resulting honey is used throughout its dining venues, as well as sold in its online shop. A key ingredient of the Bees Knees cocktail at Mauna Kea Resort’s Copper Bar in Hawaii is kiawe blossom honey harvested from the resort’s apiaries, which guests can tour every Saturday with the resident beekeeper. But even hotel-hosted bees aren’t immune to threat: In Nagano, Japan, Tobira Onsen Myojinkan had five hives with about 20,000 bees in each. The hotel, which also has its own farm and rice fields, offers sweets made from their honey. Recently, though, the beekeeping team has been battling wasps and mites that have depleted the honey supply and forced them to invest in new hives this year. And while some hotels harvest and use their honey at their spa or restaurant, the Mercer in New York, which installed hives on its roof last spring with beekeeper Ian Sklarsky, prefers to just let its 70,000 bees be. “Currently, there are no plans to bottle, sell or utilize the honey in the restaurant,” says Michel Heredia, the director of sales and marketing. Instead, he says, the hotel is simply on a mission “to invest in the growing movement to protect, preserve and nurture the fragile bee population in Manhattan.”

A Dinner Party With Soap-Shaped Chocolate Bars for Dessert