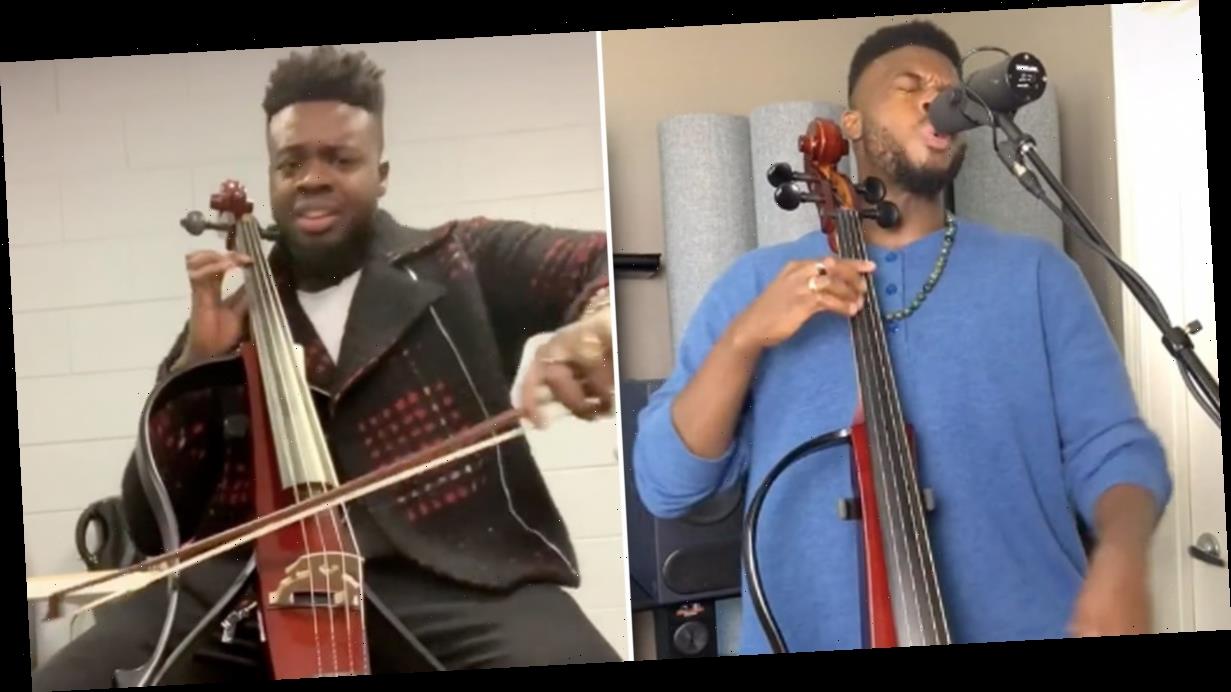 If you’re a fan of Pentatonix, then you’re already familiar with the incredibly talented Kevin Olusola. The 32-year-old is best know as the beatboxer of the a capella group, but that isn’t his only musical ability. He’s also an incredible cello player! Over the years, Olusola has combined his two talents through the art of celloboxing, which is playing cello and beatboxing simultaneously. In fact, his viral celloboxing version of Mark Summer’s “Julie-O” actually helped him get involved with Pentatonix. “I owe so much to the song ‘Julie-O’ by @cellobeat,” he wrote on Twitter. “I spent a full year trying to perfect it, and still can’t believe @ptxofficial found me through it. It gives me joy every time I play it.”

If you’ve ever been to a Pentatonix concert, you’ve probably witnessed his incredible celloboxing in action, but if not, you can see it all on social media. When Olusola isn’t performing with the group, he’s sharing glimpses of his celloboxing skills on TikTok under the user name @kolusola. In addition to sharing covers of songs like “Say My Name” by Destiny’s Child, he also shares original melodies so that other TikTok users can join in on the fun. Watch some of his incredible videos ahead and get ready to be awestruck.