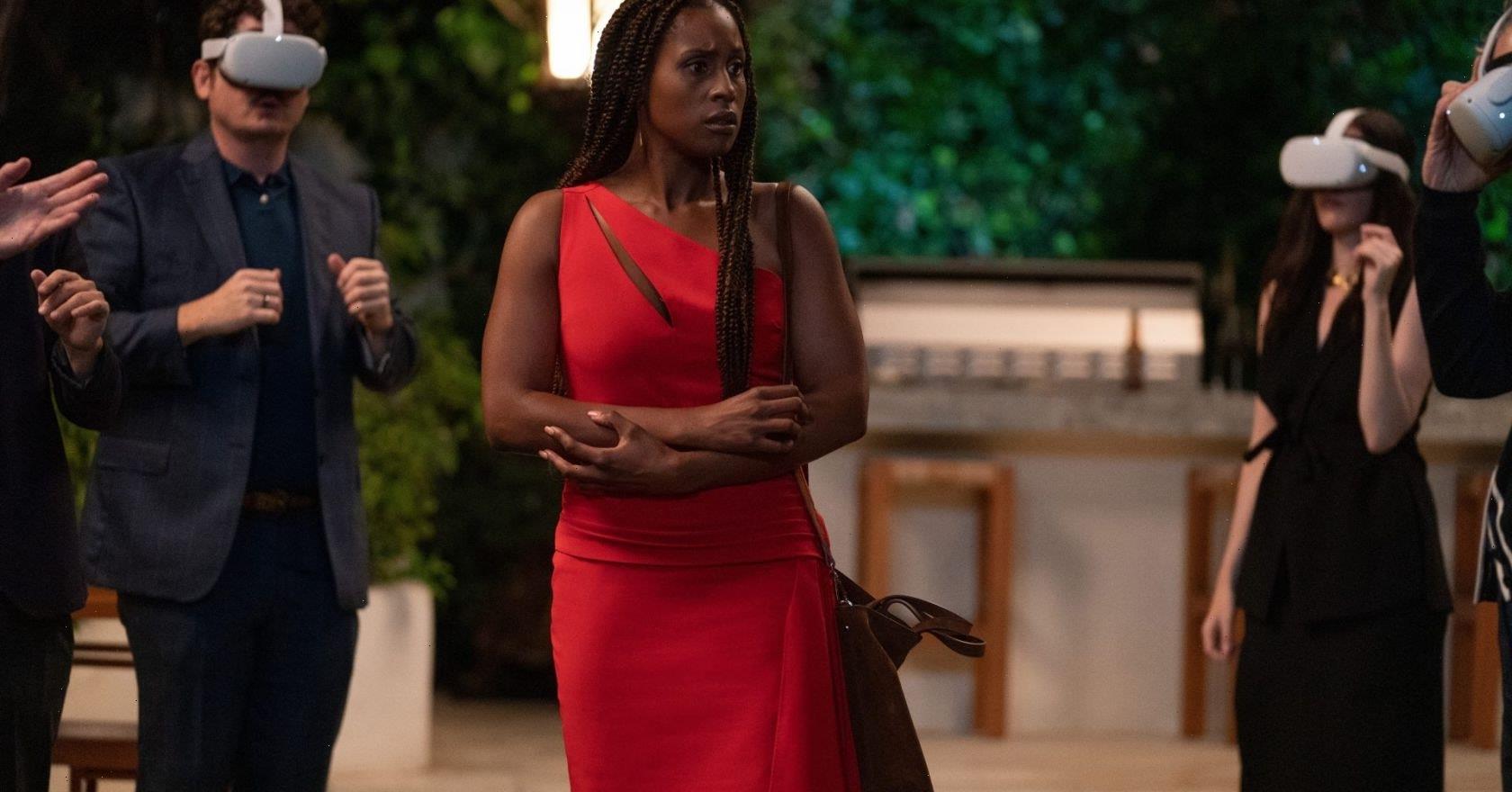 Roar is Apple TV’s feminist anthology series with eerily familiar scenes, twists and nuanced performances that will leave you thinking about it long after watching.

Apple TV has recently been making waves as the streamer for exclusive and thought-provoking content. As well as the hit comedy series Ted Lasso, the platform is home to dystopian head-scratcher of a series Severance and has adapted one of our all-time favourite novels into a romantic new series, Pachinko.

But it’s most recent offering, Roar, is a feminist anthology series that is like a cross between Angela Carter’s The Bloody Chamber and an episode of Black Mirror. In short, when Apple proclaimed this series to be “genre-bending”, it really is.

While you may not know whether to laugh or cry in some of the episodes, there was one that particularly struck a chord with us.

The Woman Who Disappeared features all-round star Issa Rae and tells the story of Wanda (Rae), who has just written a bestselling memoir and is on her way to Los Angeles to attend a meeting with movie producers who want to turn her book into the next major movie.

Along with a fair share of imposter syndrome, Wanda makes the journey and upon arriving in LA, spots an advertisement reminding her that the city is fighting against racism.

Issa Rae and Griffin Mathews in The Woman Who Disappeared episode of Apple TV+’s Roar.

As she waits for her LA-based PR assistant Blake (Griffin Mathews) to pick her up, she spots an elderly white woman reading her book and asks her what she thinks of it. “It’s really intense,” she shakes her head displeasingly. “My book club’s reading it.”

On the car ride to her property rental, Blake shares anecdotes of working in PR and speaks about how he changed his Ugandan first name because “no one I know here can pronounce it”. It’s the episode’s introduction into how microaggressions will soon play out in a big way.

Because of some general property confusion, Blake ends up renting a massive luxury house for Wanda. It’s something she ignores – she’s a sucker for working, even while on holiday – but after a phone call with her best friend, is prompted to take note of her surroundings and dance by the pool.

The episode feels breezy, light and you can’t help but smile as Wanda takes in the skyline views from the comfort of her pool. It’s the trip of a lifetime and one that will cement her next career moves. But many women watching will attest to the relatable fact that, often, we can forget to take a moment to smell the roses.

The morning of her big meeting, though, a strange occurrence takes place at the front desk. As she steps back to take a picture for her photocard, the receptionist keeps saying that “the camera’s been acting up all day” and Wanda’s not appearing on screen. Soon, Wanda realises that the other Black man in the lobby doesn’t have a valid photocard either. “It’s the algorithm,” he states. “Certain facial recognition programmes have a hard time detecting darker skin tones.”

Walking with Blake to the meeting room, he quickly fills her in on the men she’s about to meet. One of them is married to a Mexican woman who used to work for the Obama administration, and because of that, “he’s going to talk to you like he down – a lot of talk about ‘the movement’”. One is coming down from a #MeToo scandal, while the other doesn’t care to learn anyone’s name. You’re already bracing yourself for the very worst that corporate America could have to offer, but actually, we are greeted by a room full of smiling men.

“Full disclosure – we were all very nervous about this meeting,” Doug (Nick Kroll) states. What proceeds is excited chatter about getting the book optioned for a movie but then quickly devolves into him explaining the book back to its author.

It’s a moment that can only make you cringe – “it must feel really validating” – but you watch in hope. Wanda reveals that the book is inspired and based on the death of her father; it’s a difficult topic that still gets her visibly emotional.

Rather than wait to hear what Wanda suggests for the movie, Doug states that he doesn’t want them to make a “quiet adaptation” of her book. Oh no. Instead, they want to produce a virtual reality experience. “Virtual embodiment is actually the phrase we’ve been using,” Aaron, head of VR, states.

He continues: “Imagine if people could actually walk a day in your shoes. Experience the world as you – a Black woman. It is an extraordinary opportunity for empathy.”

“That’s not how racism works,” Wanda says. “It feels like I’m being pitched a version of Being Black For Dummies.” But she may as well save her criticism – the room can no longer hear her. They stare back at her blankly and state that they can’t hear her. They blame it on worry and stress but Wanda continues to speak.

Issa Rae is The Woman Who Disappeared in Apple TV+’s Roar.

For the rest of the episode, Wanda continues to disappear. First, from speech, and then from existence altogether. Nobody can see her in the clothing store she goes in to buy a dress from, cars can’t see her as she crosses the road, Blake can’t see her waving down his car. It’s like she – and the viewer – are in a bubble that only grows more stifling as the minutes unfold.

While the episode is a perfect representation of what can often happen when you’re a successful Black woman trying to navigate a majority-white corporate world, it does also hone in on a theme that will resonate with many. The idea of being silenced is a reality for women the world over, but quite literally being erased from view is nightmare-worthy. The Woman Who Disappeared is a charming satire about prejudice and microaggressions but, in its last cliffhanger moments, is a welcome tale about reclaiming your voice.

Roar is available to stream on Apple TV+ now.