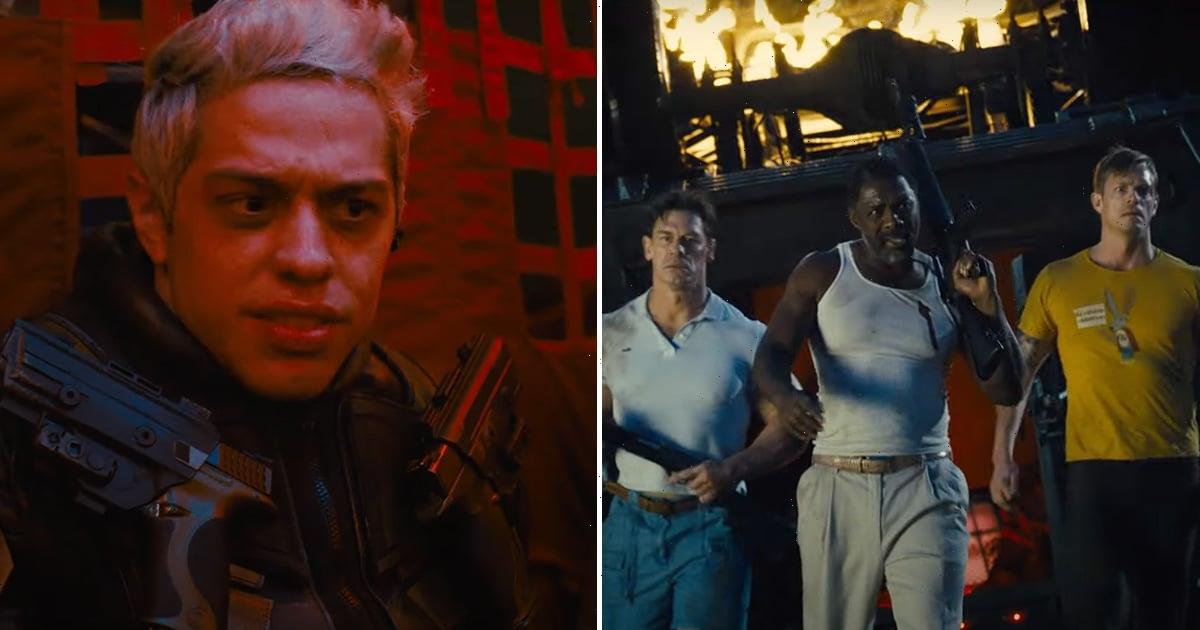 There’s something to be said about a group of misfits teaming up together, and the most recent trailer for The Suicide Squad does not disappoint. A soft reboot of 2016’s Suicide Squad, the new film follows Rick Flag, Harley Quinn, and the prisoners of Belle Reve on a mission to destroy Jotunheim, a Nazi-era prison and laboratory in South America. From King Shark’s upside down book and a terrified Pete Davidson to John Cena’s interesting questions as Peacemaker, we’re not entirely sure which part of the “Rain” trailer we love most.

Returning from the first film are Margot Robbie as Harley Quinn, Jai Courtney as Captain Boomerang, Joel Kinnaman as Rick Flag, and Viola Davis as Amanda Waller. The Suicide Squad also includes a few of the comic’s more ridiculous characters in the form of Sylvester Stallone as King Shark, Davidson as Blackguard, Cena as Peacemaker, Peter Capaldi as Thinker, David Dastmalchian as Polka-Dot Man, Daniela Melchior as Ratcatcher 2, Sean Gunn as Weasel, Mayling Ng as Mongal, Flula Borg as Javelin, and Michael Rooker as Savant. We can’t wait to see them all in action when the film premieres in theaters and on HBO Max on Aug. 6.