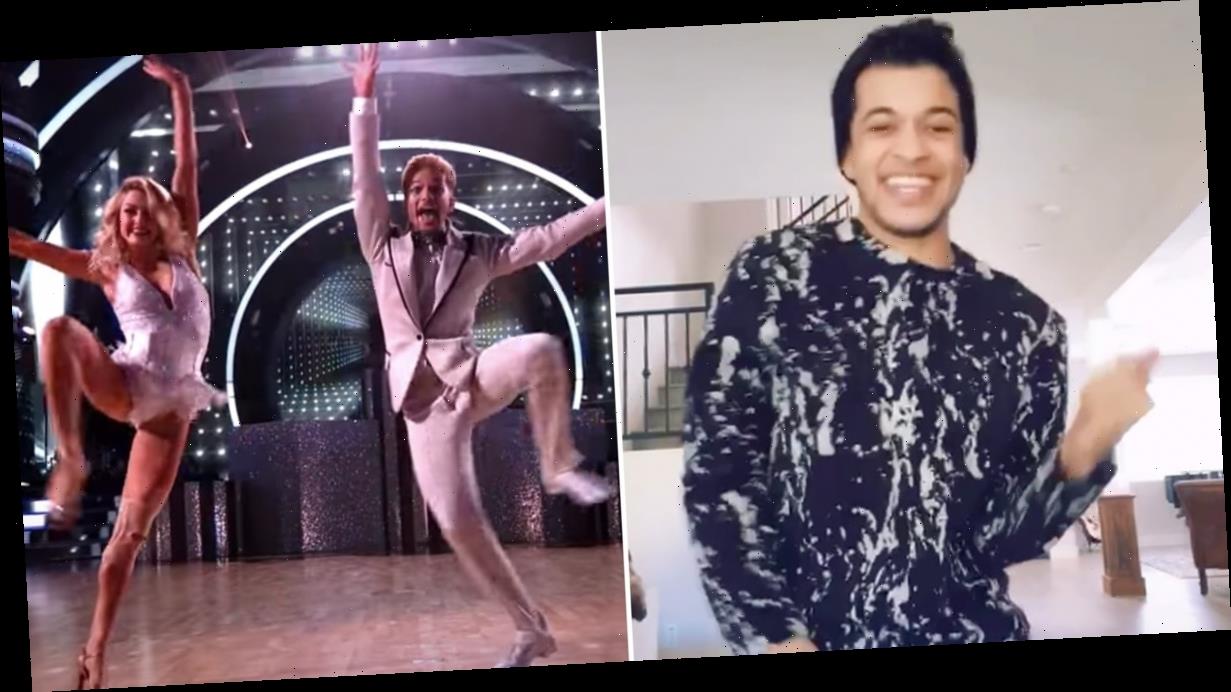 Jordan Fisher really knows how to command the spotlight, and his latest role in Work It is complete proof of that. In the film, which hit Netflix on Aug. 7, the 26-year-old stars as a talented and extremely charming dancer named Jake who helps Sabrina Carpenter’s character lead her dance crew to victory. While Fisher’s performances in the movie are swoon-worthy, to say the least, it certainly isn’t the first time he has shown off his smooth moves. In addition to getting in on TikTok challenges from time to time, he also competed on (and won) Dancing With the Stars season 25! See some of his best dance numbers ahead.