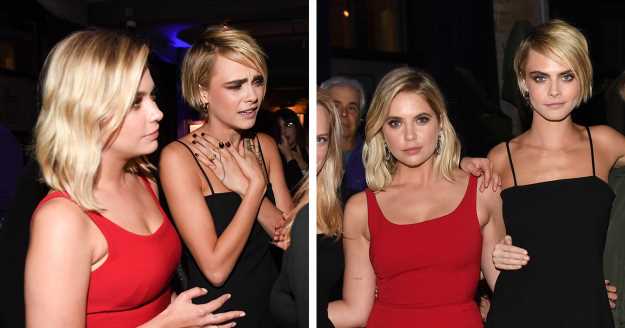 I hate to be the bearer of bad news, I really do, but it appears Cara Delevingne and Ashley Benson are not married. Well, legally anyway.

But just because they’re not legally married doesn’t mean there wasn’t some kind of ceremony. According to E! News, Ashley and Cara had a “friendship ceremony” last year, which could be what the owner of the Little Vegas Chapel was talking about.

BuzzFeed has reached out to reps of Cara and Ashley for comment. We’ll tentatively put our wedding hats back in the cupboard for now.

Ben Henry is a celebrity reporter for BuzzFeed UK and is based in London.