Finding their happy ending. John Paul Jones and Tayshia Adams got back together during the Tuesday, September 17, Bachelor in Paradise reunion. Three weeks after the taping, the duo are still going strong!

“It’s certainly been a roller-coaster, the whole experience,” he told Us Weekly exclusively on Tuesday. “I feel good. I accomplished my mission in Paradise. I found my girl!”

JPJ, 24, and Tayshia, 29, are now in a long-distance relationship, with him living in Maryland and her in Los Angeles.

“We try to see each other once or twice a month and we’re just taking it one day at a time,” the Bachelorette alum told Us. “We’ve really gotten to know each other and things are good.” 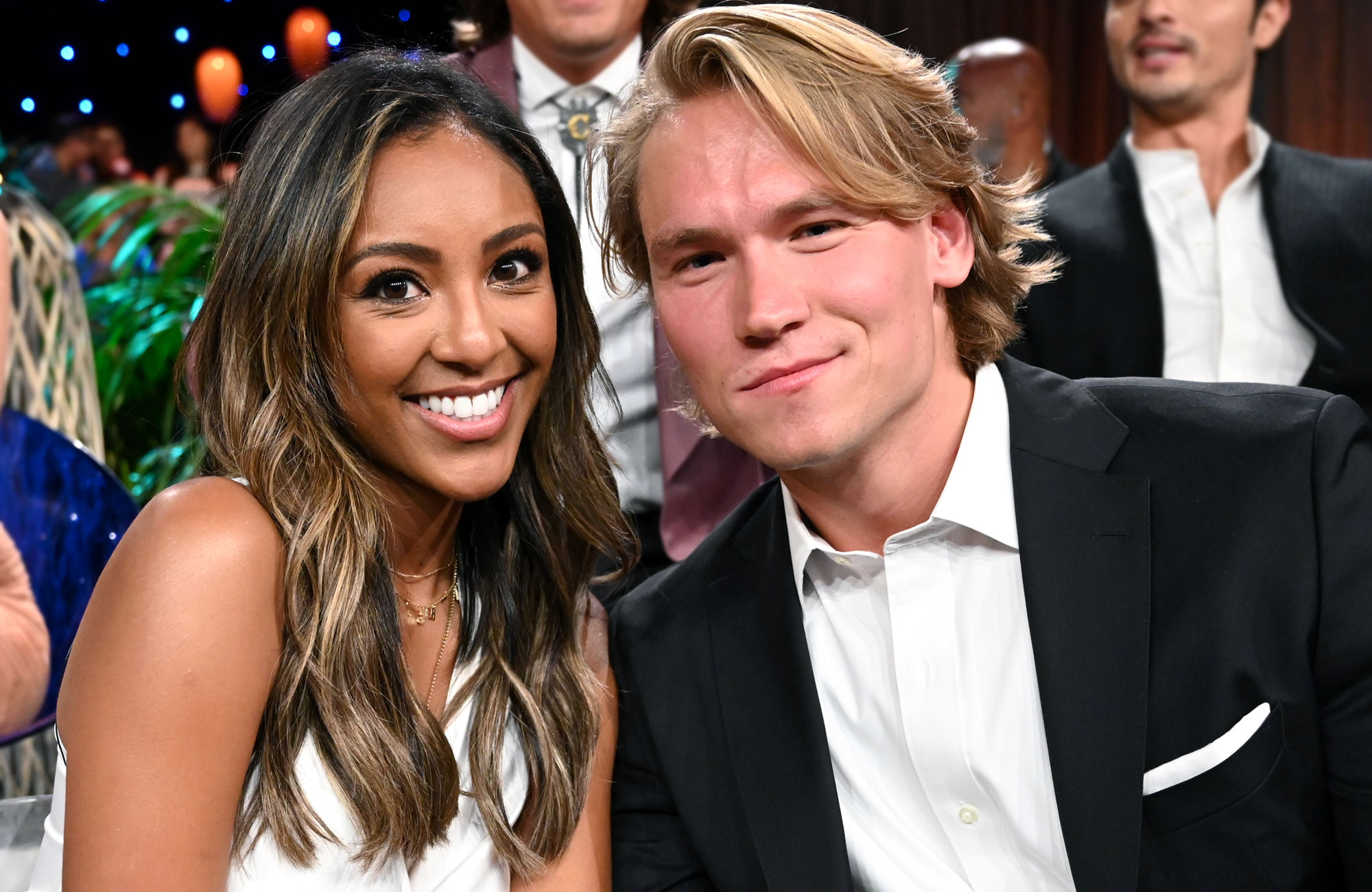 As for when they’ll see each other next, things are constantly changing. However, planning dates will be easier now that they don’t have to hide their relationship — or spend time together in cars.

“My schedule changes by the day and so does hers. I think we’d like to go visit some place, but I’ll probably just wind up flying out to Orange County to go visit her,” he said. “The last couple months have been difficult. Whenever we’ve seen each other, we pretend to be incognito. Whenever I fly out to Orange County, I have to wear a hood over my head and sunglasses. She was actually in Baltimore last weekend and it was such a bummer because we didn’t get to do anything fun. I literally drove my car to her hotel and we just drove around Baltimore!”

Following the finale, the phlebotomist confirmed that the duo were still together, sharing a photo of them on Instagram. “TAYPJ for the win,” she captioned the still.

While the distance may be tough on the pair, she has something to always remember him by: those Titanic photos taken on the beach.

“I actually put the Polaroids in a frame and gave it to Tayshia as a gift,” he told Us. “The tie that I wore — I believe I wore a tie to my Bachelorette casting and I accidentally put that tie through the wash. So, I was no longer able to wear the tie, but it was a really cool flower pattern and I was able to cut the tie and use that flower pattern in the background of the picture frame. I put the Polaroids on top of it. So it was, I got pretty good use out of that!”