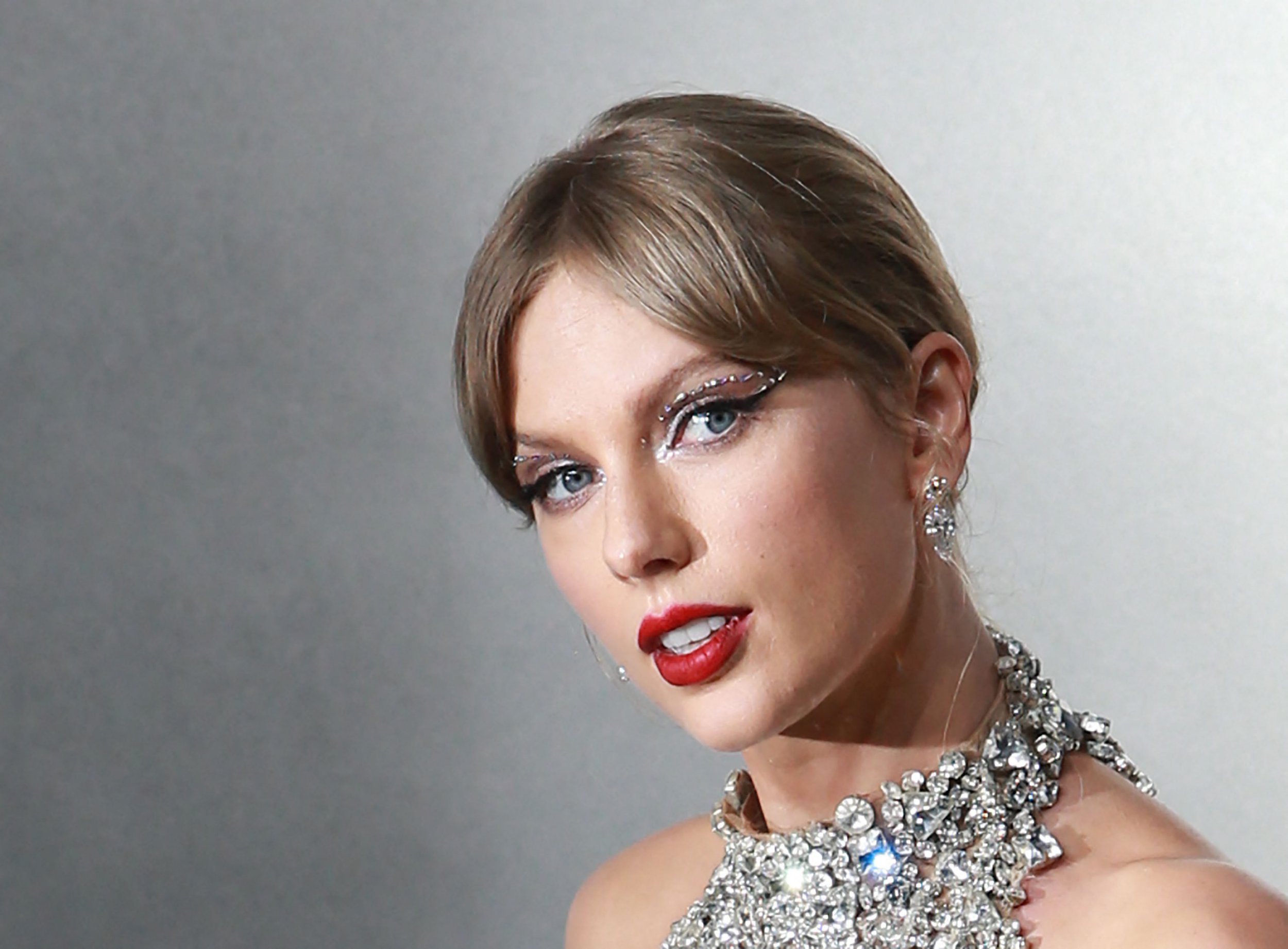 If you liked Instagram filters, brunching (yes, the verbified version), cocktails, ugg-boots, scented candles, lattes from Starbucks, Pinterest-styled inspirational quotes or anything pumpkin spiced, then you were basic. Perhaps the icon – the cult-like leader – for this group of women was America’s pop princess, Taylor Swift.

And so, in the trenches of the early 2010s, to hate Taylor Swift was trendy; an ‘I’m-not-like-other-girls’ sign to those long-haired Bieber-fringed-boys (why was that never ridiculed?!) – and other cool girls – that you were different, unique, special.

Of course, there were real reasons not to declare yourself a Swiftie, too: perhaps you didn’t like the ‘girl squad’ of A-Listers with sleek abs and spindly legs who posed on yachts, whose (white) skin glistened in the sun like champagne. Perhaps you found Swift’s lack of political engagement uncomfortable – as one of the most influential women in America, she was notably quiet for many years. Or maybe, just as justified, you simply didn’t like her music.

Even this year, Damon Albarn said she ‘didn’t write her own songs,’ an age-old criticism that inspired (or challenged) Swift to write her third album, Speak Now, without any collaborators.

And this was all before the Great Fall (or ‘The Great War’, as Taylor would put it) of 2016, when Kanye West leaked a tape (since debunked) that seemed to affirm everything the media had ever assumed of Miss Americana: that she was cunning, artfully deceitful, and ultimately a bad person. #TaylorSwiftIsOverParty trended on Twitter worldwide, whilst the snake emoji was deposited on her Instagram comments in their droves. The world had decided her fate: we all knew she was annoying, basic, whiney, cliché, adept at playing the victim; but now we had proof.

That was 2016. It’s 2022 now and, in the past few weeks, Swift has solidified her status as beloved (and bejewelled) in the public eye. It is no longer cool to hate Taylor Swift. In fact, her popularity is almost inconceivable. This is, in part, due to how it’s not really ‘cool’ to dislike any female celebrities in the way it used to be (read: Anne Hathaway’s triumphant return to popularism after having been hated for… literally no reason). (Also read: the ascendence of feminism, and with it, a newfound understanding of internalised misogyny).

Swift’s latest release Midnights is crudely self-aware to the tune of synth-pop fun. Charting her many ‘sleepless nights,’ it reels from the dance-bop of Karma to the soft-lit mournful Maroon and dazzling-dark revenge of Vigilante Shit. With this album, she is the first artist in history to hold every one of the top 10 spots on the Billboard Hot 100. It is the biggest album, in sales, since Adele’s 25, and it’s been streamed more than any other female artist in history. But that’s not all. Last week, Swift essentially broke the internet as millions of US fans joined the queue to grab tickets for her upcoming tour; and the next day, Ticketmaster cancelled the general sale after ‘extraordinary high demand.’

Last week, she reigned supreme at both the MTV EMAs and the AMAs (which is, crucially, fan-voted). And our very own Stormzy, one of the UK’s coolest music icons, was absolutely desperate to get a selfie with her in a proper fanboy moment.

So, what happened? How did Taylor Swift’s reputation shift so dramatically – from the most basic of all bitches to the most beloved?

Well, with her album Reputation, released in 2017, Swift turned the snake emoji into a weapon – and re-framed the narrative. During the pandemic, Folklore and Evermore were born out of a desire to write, to express herself, to delve into fictional characters and escape the moment (an almost painfully relatable desire). Her biopic, Miss Americana, shone a light on what it was really like to be Taylor Swift; not the pop princess, but the individual fighting against the sexism of the music industry, the pressures – both internal and external – of perfectionism. Her raw frustration as she argued with her management about making a stand and ‘coming out’ as anti-Trump in support the Democratic candidates choked her to tears (a stance which caused such a lift in registrations to vote that year, it was dubbed ‘The Taylor Swift effect’). In the film, we saw the then-28-year-old behind the glitzy marketing, who sits in a studio and eats a burrito whilst claiming that she’s ‘absolutely not ready’ for kids and ‘all that stuff.’ It was a rare glimpse at the human behind the photoshoots and the polished lyrics; and it made many question why it was they’d decided to dislike her, in the first place.

Since then, we’ve seen a new side to her; a matured, passionate Taylor Swift who is no longer muzzling herself in order to be liked. Instead, she’s putting herself – and her reputation – on the line. One example of this is her decision to call Ticketmaster out over their failure to handle demand last week, leaving thousands of fans without access to tickets. Another is her radical move to re-record her old albums – to breathe new-life into classic songs – in a plot to re-gain control over her Masters. Many of the millennials who used to ‘hate’ the singer found themselves gravitating back to the tunes they’d grown up with. The All Too Well: The Short Film, for example, was an iconic cultural moment last November, when nostalgia brought us back to our younger selves from a mature viewpoint, as Swift does in the song.

As one writer put it in an ELLE article (‘The Depressingly Predictable Downfall of Taylor Swift’), ‘no woman, not even Taylor Swift, can be America’s sweetheart forever.’ We put A-Lister beauty queens like Swift on a pedestal, ask them for perfection, then turn against them as soon as they exhibit any kind of flawed humanity. Perhaps it is less Swift’s doing and more our fledgling understanding of feminism that ridiculed her in the 2010s – and now, in 2022, celebrates the pop-perfection of Midnights (this self-recriminating viral earworm is all over TikTok: ‘it’s me, hi, I’m the problem it’s me’).

The idea of the ‘basic bitch’ is, similarly, fuelled by misogyny. As ever, the tastes of teenage girls are ridiculed, just because they’re teenage girls. But you know what’s changing? Our perception of it all.

Back in 2012, it wasn’t ‘cool’ to be feminist. Liking things that other girls liked – cranberry vodka, candles, mimosa-fuelled brunches, Taylor Swift – was inherently ‘uncool’ because being a young woman unashamed of her tastes was not acceptable.

But in 2022, we have a new understanding. We know that many people disliked Taylor Swift because of internalised misogyny. And we – as a society – have a lot less time for it.

Here are a few things that have gone from cringe to cool in the past few months; Ugg boots (we didn’t predict this one), crocks (they’re hella comfy), scented candles (especially winter-spiced ones), Starbucks iced lattes (thank you, Emma Chamberlain), pastel-hued cocktails, and, of course, Taylor Swift.

We are reclaiming what it is to love wonderful things, because we know that to dislike something just because it’s ‘basic’ (a dismissive term for anything adored by young women) – is not very feminist at all.

And that, dear reader, is a real f***ing legacy to leave.