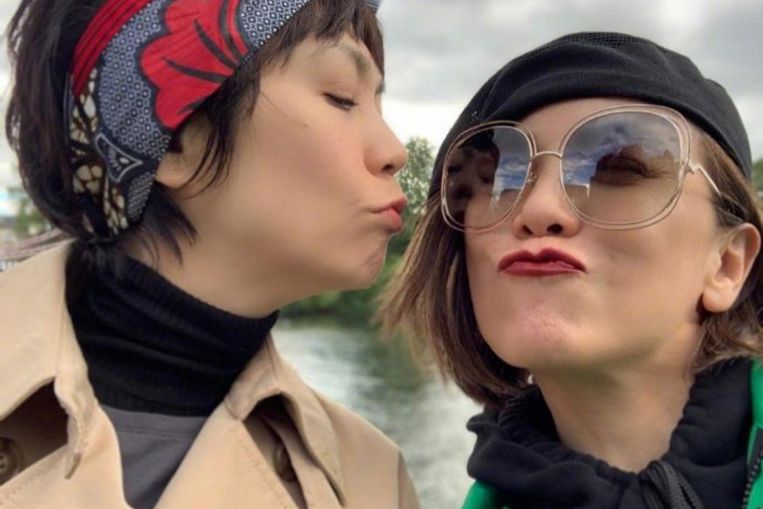 Home-grown singer Kit Chan and Hong Kong actress Sheren Tang are known to be good friends, so it was not a surprise that Tang would be one of the first artists to wish her a happy birthday when Chan turned 48 on Tuesday (Sept 15).

In a 12.55am Weibo post that day, Tang, 54, wrote in Chinese: “A sincere birthday blessing for my good friend Kit Chan. I wish you happiness and to do the things that you wish.”

She said she had sought Chan’s permission to post the photo, something she should do even though they are good friends. She used a Chinese phrase, “true friendship can be bland like water”, before adding “but it can be sweet like honey too”.

Tang, who has starred in television serials such as I Have A Date With Spring (1996) and War And Beauty (2004), posted a photo of her and Chan seemingly about to kiss. This was a reference to Chan’s June 2019 social media posts of them travelling in Scotland, including one of Chan kissing Tang on the face.

The photo sparked speculation among netizens that they had “come out” as lovers.

Both Tang and Chan refuted the online chatter a few days later.

Tang, who is single, joked that she likes men even though she knew she could be “very man”.

Chan, known for hits such as Home and Heartache, also urged people not to gossip as she said they would both be “sidelined” by men with such talk. She had divorced in 2017 after five years of marriage to a finance director.