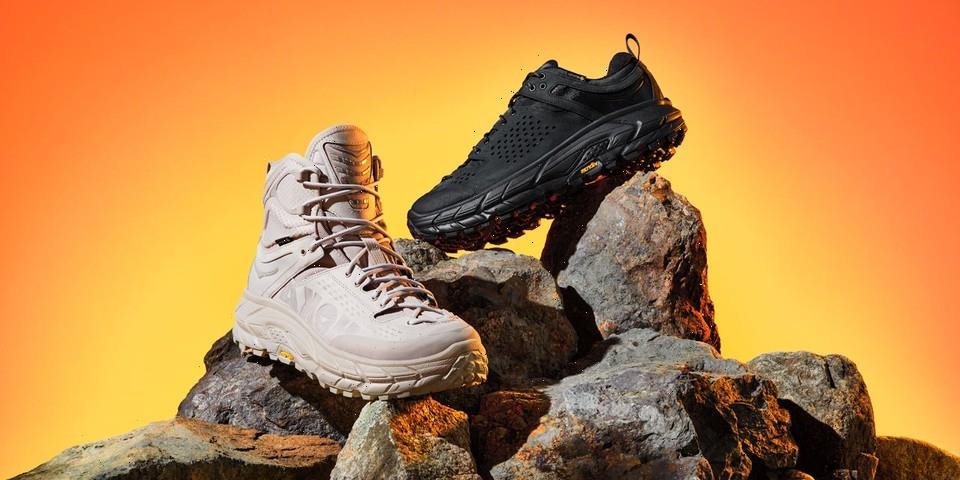 Since the brand’s launch in 2009, HOKA has supplied a full onslaught of trail-ready footwear that is designed to withstand the elements and act as a supportive and stylish silhouette for outdoor excursions. For example, the French footwear specialists have released the likes of the Kaha 2 and Speedgoat 2 — both constructed with GORE-TEX outers and heavy-grip soles — as two mainstays in its core collection. Now, HOKA is welcoming the return of two of its most popular silhouettes with revitalized versions of its TOR Ultra.

Releasing in time for Fall/Winter 2022, HOKA ONE ONE’s latest TOR Ultra Hi and Low shoes come almost identical to its previous editions, which debuted back in 2018 as an Engineered Garments collaboration. Coming in both black and beige colorways, the shoe is poised as a lightweight hiker, and is lined with winter-ready GORE-TEX lining, and a Vibram Megagrip outsole that has improved and reliable traction for the trails. The shoe’s outer is also crafted with a mix of full-grain leather and textile fabrications, while newly-introduced monochrome elements have been introduced across the lateral mid-panels.

You can have a closer look at the new TOR ULTRA Hi and Low from HOKA above and they are available now on the official HOKA website.