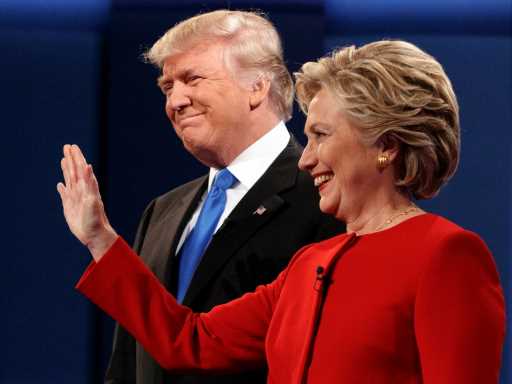 There are a lot of people speculating about Donald Trump and his possible run for president again in 2024 — will he or won’t he? But Hillary Clinton, who knows a lot about him personally and professionally, is saying that it’s likely he will be all-in for another campaign.

Clinton dove headfirst into predicting the future on Sunday TODAY with Willie Geist. “If I were a betting person right now, I’d say Trump is going to run again,” she said. The former secretary of state believes that “he seems to be setting himself up” to run again, but firmly stated that he needs to be “held accountable” because he could win. And that’s when she shared a dire warning with Geist about what she thinks could happen if Trump had another shot in the White House.

“I think that could be the end of our democracy,” Clinton speculated. “Not to be too pointed about it, but I want people to understand that this could be a make-or-break point. If he or someone of his ilk were once again to be elected president, especially if he had a Congress that would do his bidding, you will not recognize our country.”

While Trump has signaled he is interested in running, others from his administration do not think he will take a chance of losing another election. Former National Security Advisor John Bolton shared with ITV last month that the 45th president’s ego will probably get in the way of another campaign. “He knows deep inside, although he will never admit it, he did lose in 2020 and very much fears losing in 2024, because if he hates anything in the world, he hates being called a loser,” Bolton explained. He also added that Trump will keep the presidential buzz going until the last minute because he doesn’t want to “turn the spotlight off.”

So Trump will keep his voter base guessing for a while, but even if he doesn’t run for president again, he will likely keep dipping his toes into the political arena one way or the other.

Before you go, click here to see the biggest presidential scandals in US History.