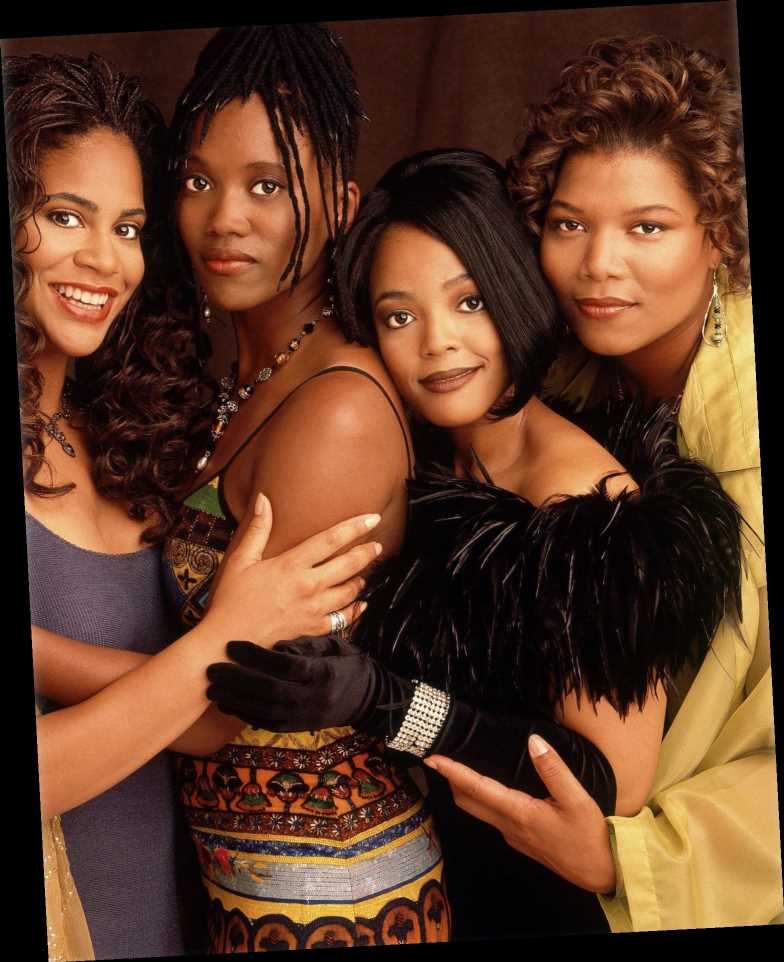 When “Living Single” debuted in 1993, the show instantly resonated among audiences as a forward-thinking portrayal of young Black women that didn’t skimp on laughs and celebrity cameos.

Widely seen as a forebearer to “Friends,” the Queen Latifah-led sitcom tackled such timely topics as racism and body positivity over the course of five seasons. One episode in particular even featured a progressive-for-its-time take on a same-sex union years before marriage equality became the law of the land.

In the latest installment of his “Culture Cruise” video series, writer Matt Baume breaks down “Woman to Woman,” which aired as part of the third season of “Living Single” in 1996. The episode follows Maxine Shaw (played by Erika Alexander), as she plans to host a bridal shower for a college friend, Shayla (Karen Malina White).

It’s only when Shayla arrives that Maxine (and the audience) discover that she’s a lesbian and planning to tie the knot with a girlfriend, Chris (Tanika Ray).

According to Baume, “Woman to Woman” is noteworthy in that it shows Maxine and her housemates embracing Shayla as both her authentic self and a bride-to-be ― which is indicative of “just how much public attitudes about marriage equality had shifted since the start of the 1990s.”

Baume details a number of factors, namely the political climate of the mid-1990s and an uptick in the portrayal of LGBTQ lives on TV, as being responsible for this sea change.

The 1992 presidential election “brought LGBTQ issues to public attention like never before,” he said, adding, “there was also a blitz of same-sex weddings around this time that helped make audiences more comfortable with the idea ― on ‘Northern Exposure,’ on ‘Roseanne,’ on ‘Friends.’”

Given how refreshingly “Living Single” portrayed both coming out and same-sex relationships in 1996, one can’t help but wonder just how a modern version of the show would tackle hot-button subjects.

For her part, Queen Latifah has been hinting at a revival of the show for some time. “We all still talk to each other,” she told HuffPost at Build Series last year. “We all still love each other.”

Based in Seattle, Baume is the author of the 2015 book “Defining Marriage: Voices From a Forty-Year Labor of Love.” He launched “Culture Cruise” in 2018 and has used the series to explore Hollywood portrayals of LGBTQ people on everything from “The Golden Girls” to “Cheers.”