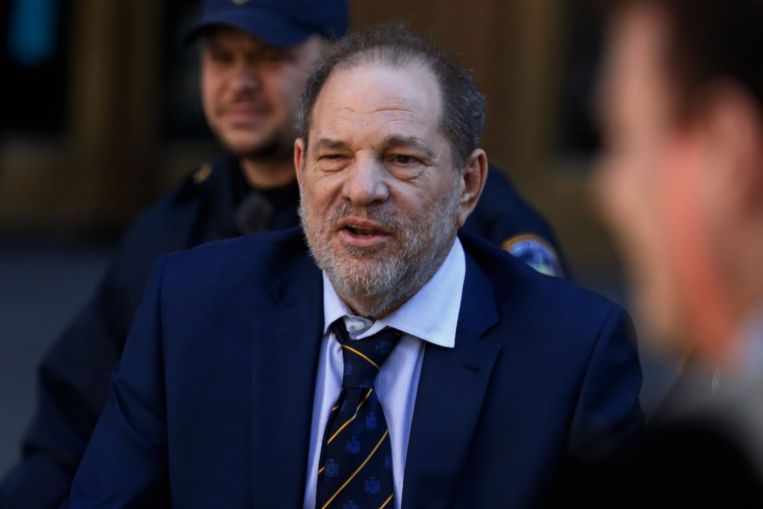 NEW YORK (NYTIMES) – A prosecutor said on Friday (Feb 14) that the Hollywood producer Harvey Weinstein was “an abusive rapist” and “a predator” who used his power to manipulate and assault several women in the movie business, then stayed in touch with them to ensure their silence and compliance.

“He had a surefire insurance policy: The witnesses were standing in line to get into his universe,” Joan Illuzzi, an assistant district attorney, told the jury during her closing arguments at Weinstein’s rape trial.

In her presentation, Illuzzi returned repeatedly to the difference in power between Weinstein – “a giant” in the film industry – and his accusers, who worked as cocktail waitresses or models and were trying to break into the movies.

“It is a complete dichotomy,” she said.

“Here is the defendant with everything using and abusing people he knows have nothing.”

Weinstein, 67, has pleaded not guilty to five felony charges in the case – including rape, criminal sexual assault and predatory sexual assault – which carry a maximum penalty of life in prison.

Six women testified at trial that he had sexually assaulted them, though he faces charges in connection with only two of them. The others were allowed to testify to establish a pattern of behaviour.

On Thursday, his lawyers made their own closing pitch to the jury, claiming that he himself had been the victim of an “overzealous prosecution” and that the six women who took the stand to accuse him were active participants in ongoing and often transactional relationships.

The indictment rests on the accusations of two women: Miriam Haley, a former reality television show production assistant who testified that Weinstein forcibly performed oral sex on her in 2006; and Jessica Mann, an aspiring actress from a small town in Washington State, who claimed he raped her in 2013.

Both women acknowledged during cross-examination that they not only had friendly interactions with Weinstein after their alleged attacks, but later had consensual sex with him.

“She could have been writing him love notes every single day,” Illuzzi added.

“She could have been married to him. It still wouldn’t make a difference. He wouldn’t be allowed to rape her.”