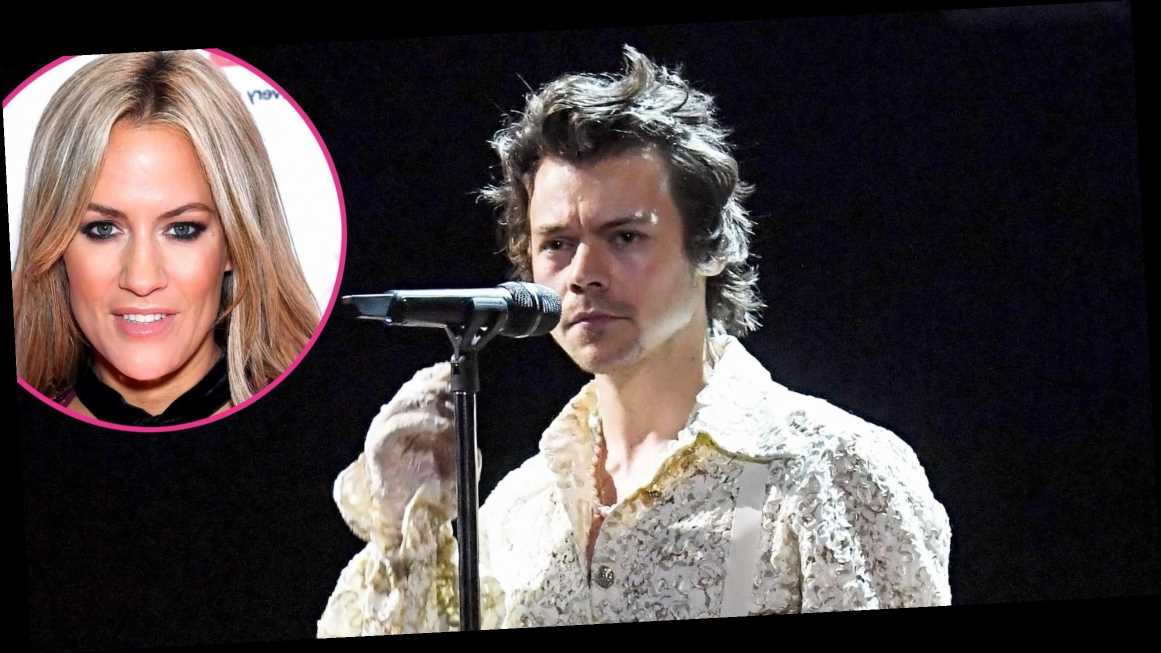 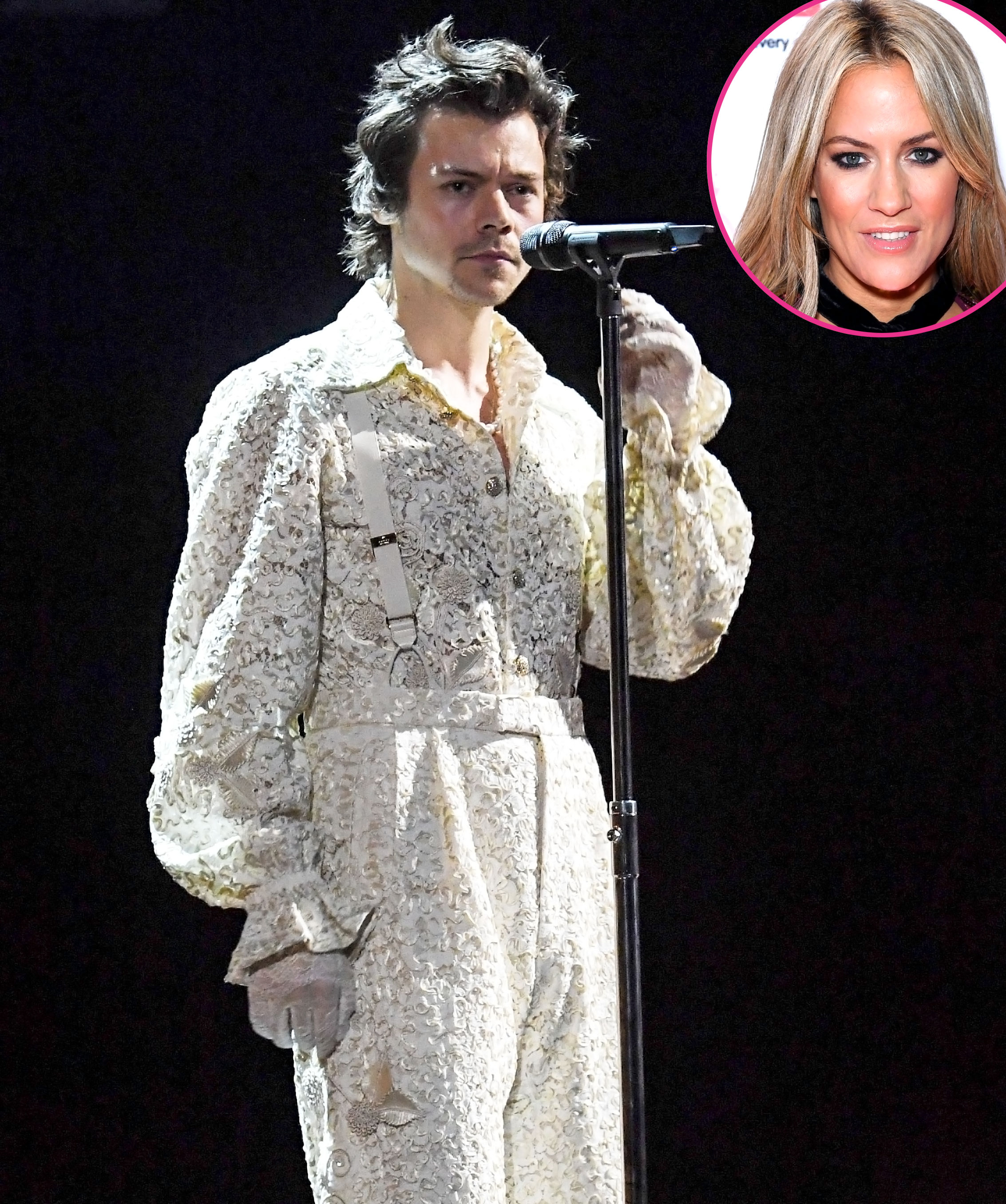 Standing strong. Harry Styles made his first public appearance since news broke that his ex-girlfriend Caroline Flack had passed away.

The “Watermelon Sugar” singer, 26, walked the red carpet at the 2020 Brit Awards at London’s O2 Arena on Tuesday, February 18, just three days after the late Love Island host took her own life at the age of 40. Her family confirmed the news on Saturday, February 15. Styles pinned a black ribbon to his suit jacket in remembrance of his close friend and former flame.

Despite the unexpected tragedy, the X Factor UK alum still gave a stellar performance of “Falling,” a ballad from his sophomore record, Fine Line. Styles donned a white lace jumpsuit and stood in the center of the stage, surrounded by twinkling lights.

Styles first met Flack when she hosted the X Factor‘s companion series, The Xtra Factor, while he and his fellow boy band members competed on the U.K. singing show. The famous pair — who had a difference of 14 years between them — dated from November 2011 to January 2012.

After they called it quits, the “Adore You” singer called Flack “one of the kindest, sweetest people I know.”

The former One Direction member took the stage at the awards show after reportedly being robbed at knifepoint in the Hampstead neighborhood of North London on Friday, February 14. The incident took place late that night and was reported to the Metropolitan Police Service the next day.

“A man in his 20s was approached by another man [who] threatened him with a knife,” a spokesperson for the police explained to Us Weekly. “The victim was not injured. However, cash was taken from him.”

While “there have been no arrests” yet, the spokesperson added that the investigation is still ongoing.

After the dangerous incident made headlines, a source close to the “Sign of the Times” crooner confirmed to Us on Tuesday that “he is OK.”

The Dunkirk actor is nominated in two categories at the Brit Awards: British Album of the Year (for Fine Line) and British Male Solo Artist.