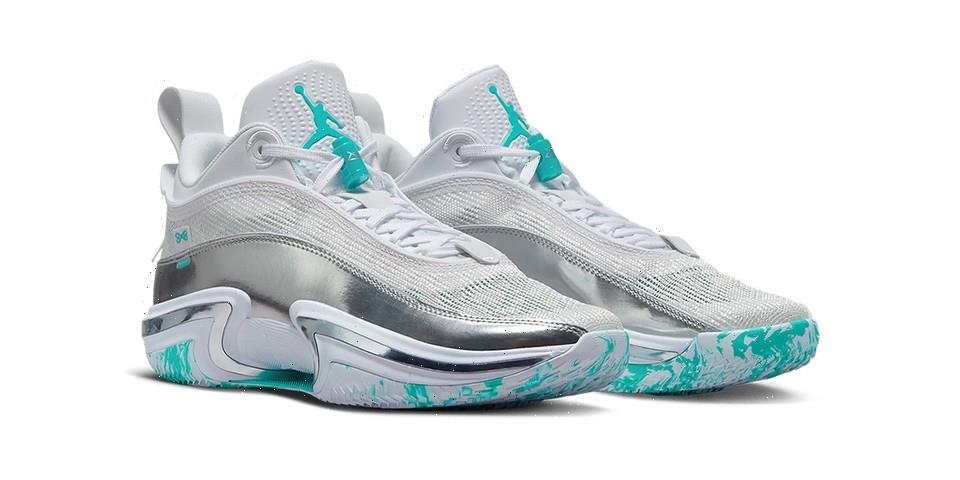 Before Jordan Brand moves on to the next phase of its hoops lineage with the release of the Air Jordan 37, it has noticeably been making a ton of room for an onslaught of Air Jordan 36 Low colorways to show up on the frontlines. A barrage of special player exclusives have been catapulting out of the Jumpman design kitchen in recent memory for Luka Dončić, Melody Ehsani and Crenshaw Skate Club, and now Guo Ailun‘s has been brought to light.

For this iteration, the Jordan Brand team elected to whip up the model in a brighter color scheme for the Liaoning Flying Leopards hooper. The court-ready installment comes engineered with angelic mesh atop the side panels and pure white textured tongues while the mudguards are given a chromed-out aesthetic. Hints of teal stand out amongst its mostly-neutral palette and touch the lace toggles, Jumpman tongue logos, tab branding on the lateral sides and the insoles. Additionally, the heel tabs split between a “G” and an “A” to further call out the CBA baller. Downstairs, more teal accents are found in the splattered patterns that dress up the bottoms.

A stateside drop has yet to be confirmed but Nike Hong Kong has these available for purchase right now.