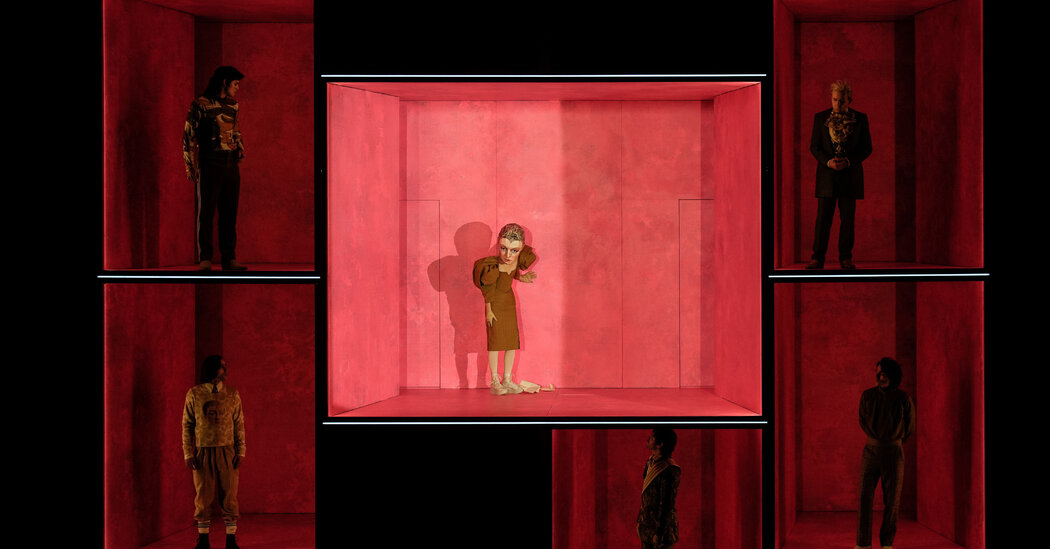 MUNICH — When it comes to recorded theater, great acting translates to video much better than elaborate productions with complex concepts or intricate sets. So when the Thalia Theater, in Hamburg, Germany, asked 10 European playhouses to send their best shows for an online edition of the Lessingtage, an international festival held every January, by and large the theaters privileged accomplished performances over virtuosic stagecraft.

The result, “Lessingtage 2021 Digital: Stories from Europe,” is a wide-ranging survey of contemporary European theater that casts a spotlight on some of the continent’s finest stage actors. At a time when few people are allowed to travel — and even fewer theaters to open — the chance to discover new and recent stage works from the Iberian Peninsula to Russia feels particularly vital.

While a few of the “Lessingtage Digital” productions debuted during the pandemic, the majority of the work on offer is already several seasons old, giving online viewers the opportunity to discover productions whose live runs may have already ended.

One of the newest, and best, of the bunch is Anne Lenk’s stylish and focused staging of “Mary Stuart,” which premiered at the Deutsches Theater Berlin in October. Throughout the evening, the eight cast members perform from isolated pink cubes in Judith Oswald’s corona-friendly set. Yet there is nothing stilted or fussily formal about Lenk’s interpretation of Schiller’s historical tragedy.

The cast, clad in Sibylle Wallum’s flamboyant costumes, is uniformly superb, alive to the emotional and political turmoil of the drama, and how they intersect. This holds particularly true for the production’s incandescent stars, Franziska Machens as Mary, fighting from her prison cell to stay alive, and Julia Windischbauer as her proud yet conflicted rival, Elizabeth.

The two queens come face-to-face only once, in a climactic 10-minute showdown in which Mary, refusing to acknowledge Elizabeth’s superior rank, blows her one chance at salvation to savor a moment of triumph. In a production where great acting tumbled forth in an endless stream, this confrontation stood out for its raw, electric charge.

Lenk’s flat aesthetic is also kind to the high-definition cameras, which capture the seething performances with unobtrusive directness. 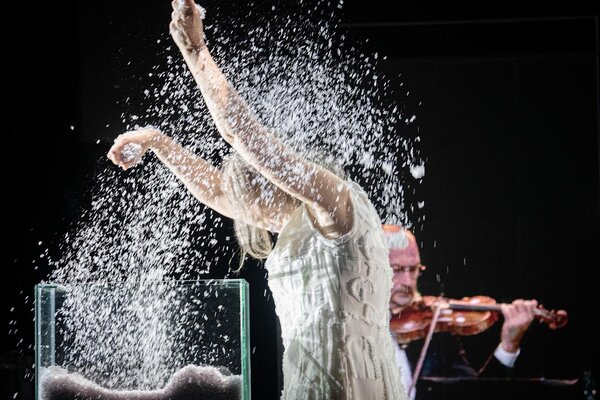 I was also impressed with how well another production, “Antigone in Molenbeek/Tiresias,” translated to the screen. This absorbing diptych of mythically inspired dramatic monologues for actresses — one old, one young — premiered around the same time as “Mary Stuart.” Directed by Guy Cassiers, the artistic director of the Toneelhuis in Antwerp, Belgium, the two parts of the evening are unified by the French musical ensemble the Danel Quartet performing Shostakovich string quartets via video feed.

In “Antigone,” the author Stefan Hertmans transposes Sophocles’ tragedy to contemporary Belgium, where a law student, Nouria (Ikram Aoulad), embarks on a futile quest to retrieve the mortal remains of her brother, an ISIS fighter, from a forensics lab. Addressing the audience, Aoulad conveys her character’s pain and resolute sense of justice with both elegance and quaking rage.

In “Tiresias,” the actress Katelijne Damen recites a blistering, dizzying poem by the young British poet Kae Tempest, a subversive retelling of the myth of the blind, gender-fluid prophet. Damen’s rendition of the virtuosic text is shot through with grace and wit. Especially impressive was how the Toneelhuis’ wide-screen camerawork (shot by Charlotte Bouckaert, who is also responsible for the set) succeeded in capturing the power of chamber theater.

There was a similar intimacy to the Berliner Ensemble’s production of Bertolt Brecht’s “The Caucasian Chalk Circle.” The theatrical miracle of Michael Thalheimer’s fine-grained staging can be boiled down to two words: Stefanie Reinsperger.

The young Austrian actress has been a member of the theater’s acting ensemble since 2017, and Grusha Vashnadze, the fierce survival artist at the center of Brecht’s late drama, was one of the first roles she stepped into at the house. As the peasant girl protecting an abandoned infant amid the horrors of war, Reinsperger pleads, howls and fights for herself with an intensity and pathos that is almost hard to bear. I was almost glad to have that raw experience mediated for me by a screen: Live in the theater, up close and personal, I don’t know if I’d have been able to take it.

On the other hand, Eszter Onodi’s mesmerizing performance in “Nora — Christmas at the Helmers,” an update of Ibsen’s “A Doll’s House,” made me feel as though I were sitting in the audience of Budapest’s Jozsef Katona Theater, rather than watching alone from my living room. In her deceptively simple performance, Onodi strips away the character’s artifice to reveal unsuspected depths. The production’s young director Kriszta Szekely brings the protofeminist heroine crashing into the present day in a faithful reworking that hammers home the contemporary relevance of Nora’s plight, 150 years after the play’s scandalous premiere.

In ensemble productions from Italy and Sweden, single virtuosic performances were less important than the symbiotic energy generated from large casts that brought their plays to life collectively.

The most nail-bitingly exciting production of the festival was “Right You Are (If You Think So),” Luigi Pirandello’s 1917 farce, staged by Filippo Dini at the Teatro Stabile in Turin, about a group of villagers trying to learn the truth about a mysterious new neighbor.

In Dini’s staging, the townspeople lounge around a grand, if decaying, apartment with moldings on the high ceilings and sheets covering the furniture. The 12-person cast forms a tight and dynamic unit and they get the tone and comic timing just right.

Mattias Andersson’s starkly contemporary production of “The Idiot” from the Royal Dramatic Theater of Stockholm, one of the festival’s co-producers, boasts an even larger cast than the Pirandello staging. This one of two stage versions of Dostoevsky’s novel at the festival: The other is a largely wordless expressionist pantomime for four physical actors from the Theater of Nations in Moscow, is the event’s wild card.

The epic Swedish show is anchored by David Dencik’s fragile and fearless performance as Prince Myshkin, who finds himself hounded by the denizens of Russian society, high and low, after his release from a Swiss sanitarium.

Even though the props look like they’re from Ikea and the large cast sits idly onstage for much of the evening, this production manages to paint a vast societal canvas populated with damaged and emotionally fraught characters who speak to us across centuries and languages.

When the festival lineup was announced, I was struck at how many works by canonical authors had been selected — far more than is common at European theater festivals these days. After soaking up the Lessingtage’s 10 productions, I wondered why this should have come as any surprise.

Schiller, Ibsen, Brecht and Pirandello created some of the stage’s richest and most complex characters. What greater pleasure could there possibly be than watching some of Europe’s finest stage actors breathe fresh life into them — even from the remove of our computer screens?