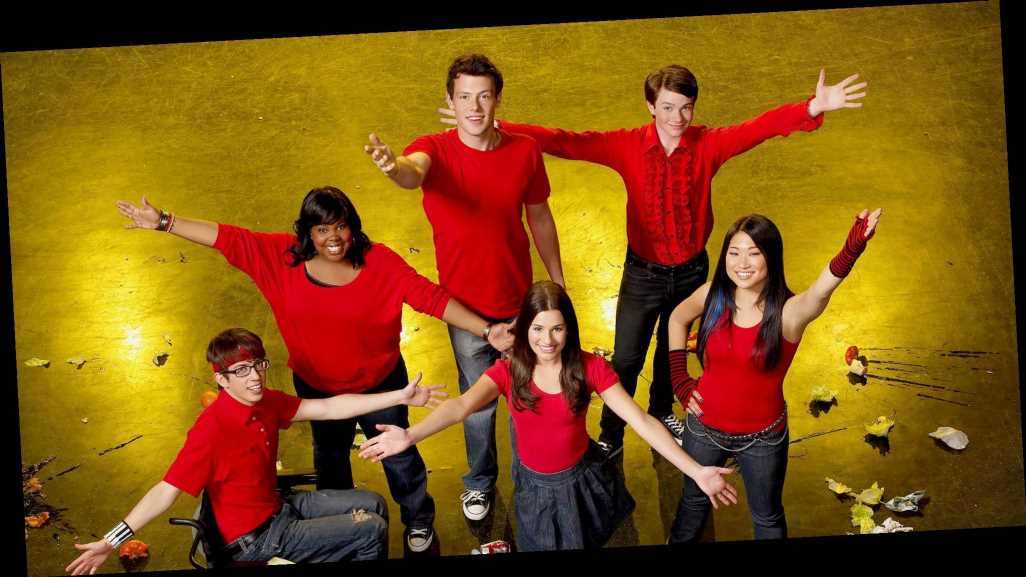 You’ll never look at slushies the same! Glee introduced the world to quite a talented group of actors. The musical comedy-drama debuted on Fox in 2009. It was Ryan Murphy‘s third series, following teen drama Popular and dark medical drama Nip/Tuck.

The series focused on the William McKinley High School glee club, the New Directions, as they tried to balance choir competition with high school life. The show’s cast sung covers of both show tunes and chart-topping hits — sometimes on stage, other times while walking down the halls of McKinley.

Although it altered over the series’ six seasons, the original cast was made up of Lea Michele, Dianna Agron, Chris Colfer, Kevin McHale, Cory Monteith, Amber Riley, Mark Salling and Jenna Ushkowitz as the club members. Matthew Morrison served as a teacher and the glee club director while Jane Lynch played his nemesis, the cheerleading coach who didn’t want her cheerleaders getting distracted by singing. Naya Rivera, Heather Morris and Harry Shum Jr.‘s characters later joined the club, as did Darren Criss‘ Blaine Anderson.

The series aired from May 2009 to March 2015, spanning six seasons on Fox and winning four Emmys and four Golden Globe Awards.

In 2011, The Glee Project debuted, a reality series that featured performers fighting for a role on Glee. The prize was a seven-episode arc on season 3, given to two winners. The two other finalists would earn a two-episode role. Alex Newell was a runner-up, but after starring in his two episodes, he was asked to return to the show in season 4 for more episodes. He went on to appear in 39 episodes.

The show also launched concert tours. After the show’s first and second seasons completed filming, the cast toured around the country. In 2011, Glee: The 3D Concert Movie was released.

Scroll through to catch up with the cast today.