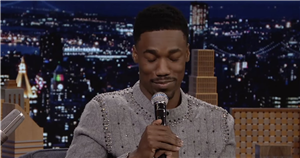 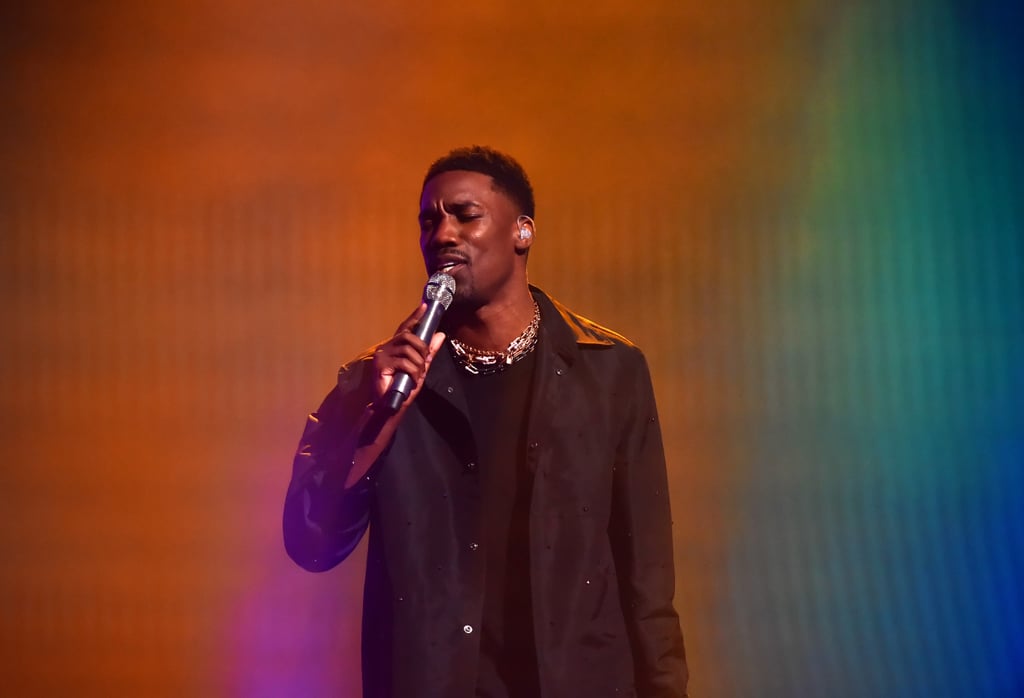 Giveon is poking fun at his BET Awards microphone malfunction. Days after appearing frustrated during his performance at the June 26 award show in Los Angeles, the singer joked about the incident on “The Tonight Show.” He told host Jimmy Fallon, “Oh god, you’ve seen it. I had a technical difficulty for sure.”

Giveon sang a medley of “Heartbreak Anniversary,” “For Tonight,” and “Lie Again” at the BET Awards, but it was clear from the beginning that something was amiss when he continued to tug at his in-ear monitors and sounded off-key at various points of the performance. The following day, Giveon tweeted that the network sabotaged his microphone, and he expressed empathy for Lil Nas X’s frustrations with the award show.

To make light of the entire situation, Fallon handed Giveon an intentionally distorted microphone to clear up his accusations. “Yes, I was joking. BET did not sabotage me. I’m positive BET supports me and would never purposefully alter my voice,” Giveon said through excessive autotune. “Anyway, I’m happy to be here, so happy to be here. And I know I can trust you guys, so thank you.”

Giveon would go on to give a pitch-perfect performance of “Lie Again” on the late-night show. Watch the interview ahead, as well as the performance that started it all.