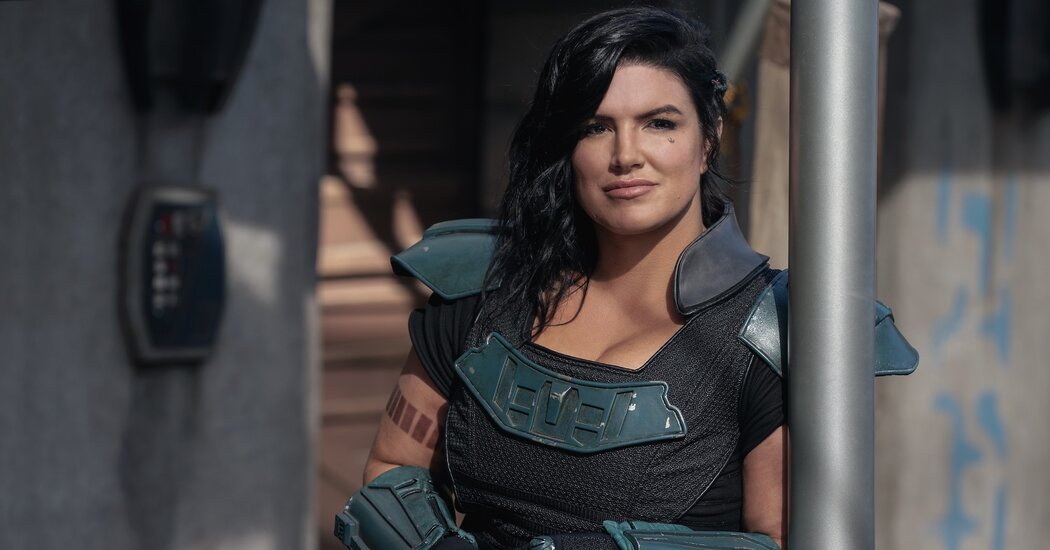 The actress Gina Carano, who starred as Cara Dune in the “Star Wars” spinoff series “The Mandalorian” on Disney Plus, on Wednesday compared “hating someone for their political views” to the persecution of Jews during the Holocaust in an Instagram post, her latest social media post to create a fan backlash.

Lucasfilm, the company within Disney that owns the show and the rest of the “Star Wars” franchise, condemned her comments and said in a statement that she was “not currently employed by Lucasfilm and there are no plans for her to be in the future.”

“Nevertheless, her social media posts denigrating people based on their cultural and religious identities are abhorrent and unacceptable,” Lucasfilm said in a statement.

Ms. Carano was also dropped by her agency, UTA, according to The Hollywood Reporter.

The Instagram post, which re-shared an image from a different account, is no longer visible on her page. It led to thousands of complaints on social media, where many people used the hashtag #FireGinaCarano, not for the first time. (Some conservatives, who viewed her posts as a matter of free speech, countered with #CancelDisneyPlus.)

In September, Ms. Carano added “beep/bop/boop” to her Twitter bio, in what many saw as mockery of people who list their pronouns. She denied that accusation and said she was responding to people who asked her to list her pronouns, “exposing the bullying mentality of the mob that has taken over the voices of many genuine causes.”

She said she talked with her “Mandalorian” co-star Pedro Pascal, who “helped me understand why people were putting them in their bios.” (Mr. Pascal would later publicly support his sister, Lux Pascal, an actress who came out as transgender this week. )

Ms. Carano has also mocked the use of masks and the need for vaccines during the coronavirus pandemic, and embraced baseless claims of voter fraud after the presidential election.

Before she shifted to acting, she was one of the world’s top female mixed-martial artists and performed for two years on “American Gladiator” under the stage name “Crush.” She appeared in seven episodes of “The Mandalorian” as a trusty ally of the protagonist, played by Mr. Pascal, and is otherwise known for roles in “Haywire,” “Deadpool” and “Fast & Furious 6.”