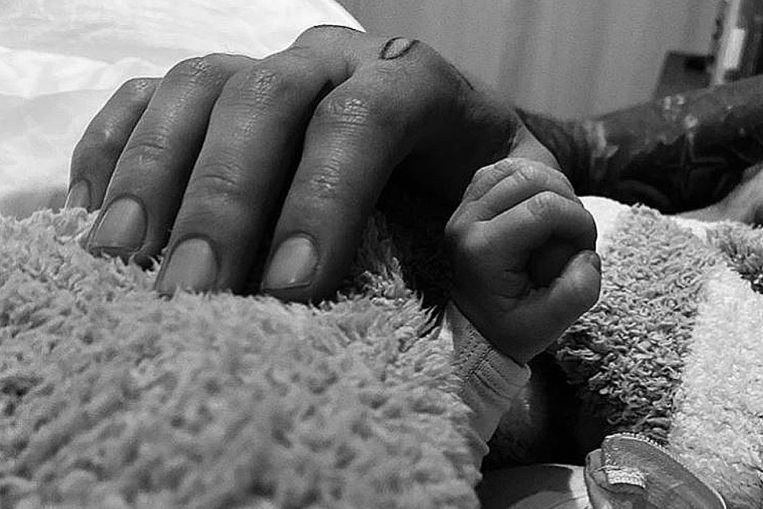 The news was broken by her boyfriend, former One Direction singer Zayn Malik, on Twitter yesterday.

The 27-year-old wrote: “Our baby girl is here, healthy & beautiful.

“To try put into words how I am feeling right now would be an impossible task. The love I feel for this tiny human is beyond my understanding.

“Grateful to know her, proud to call her mine, & thankful for the life we will have together.”

Malik’s post was accompanied with a photo of him holding his baby’s hand.

Hadid, 25, also confirmed the news on social media later in the day, writing: “Our girl joined us earth-side this weekend and she’s already changed our world. So in love”.

She also posted a photo of her daughter’s hand holding Malik’s (above).

Hadid confirmed her pregnancy in late April in an appearance on The Tonight Show with talk-show host Jimmy Fallon.

She and Malik have been in an on-off relationship since 2015.