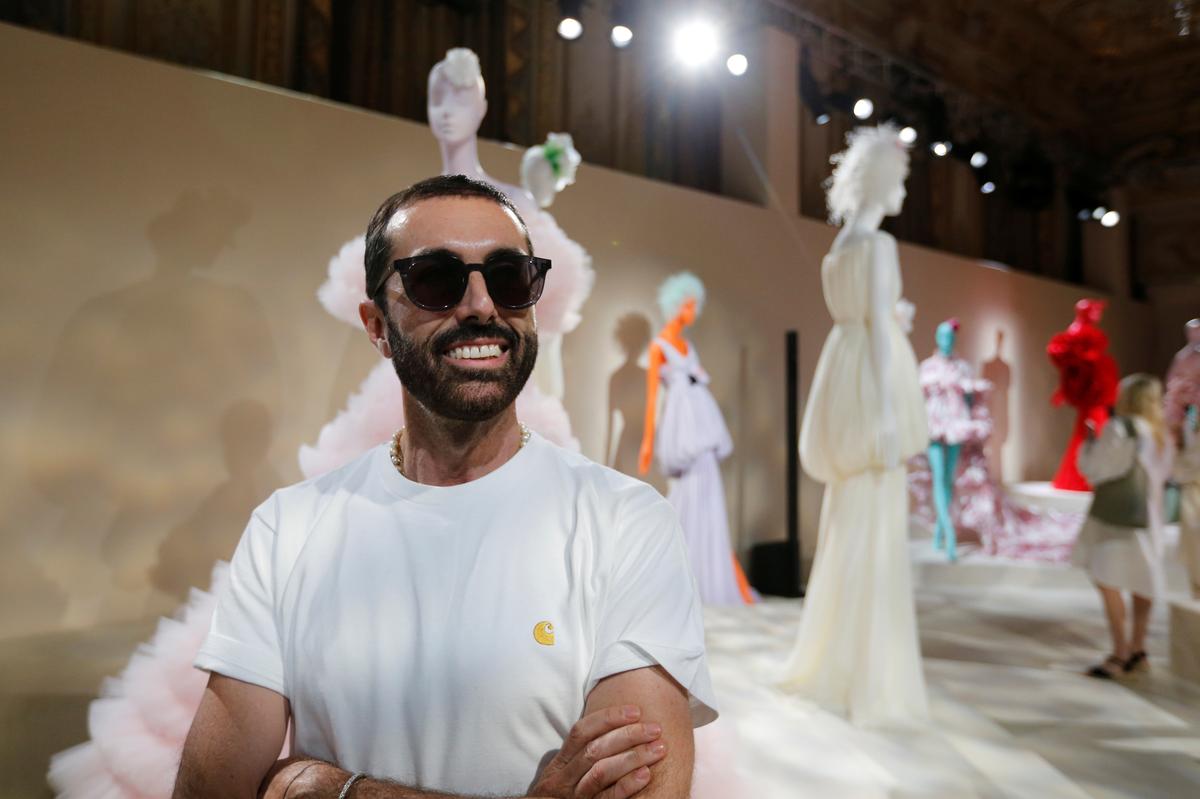 PARIS (Reuters) – Known for his ultra-feminine, silhouette-driven gowns, couturier Giambattista Valli shook up Haute Couture fashion week in Paris on Monday with a botanic-inspired collection displayed not on models, but on mannequins. 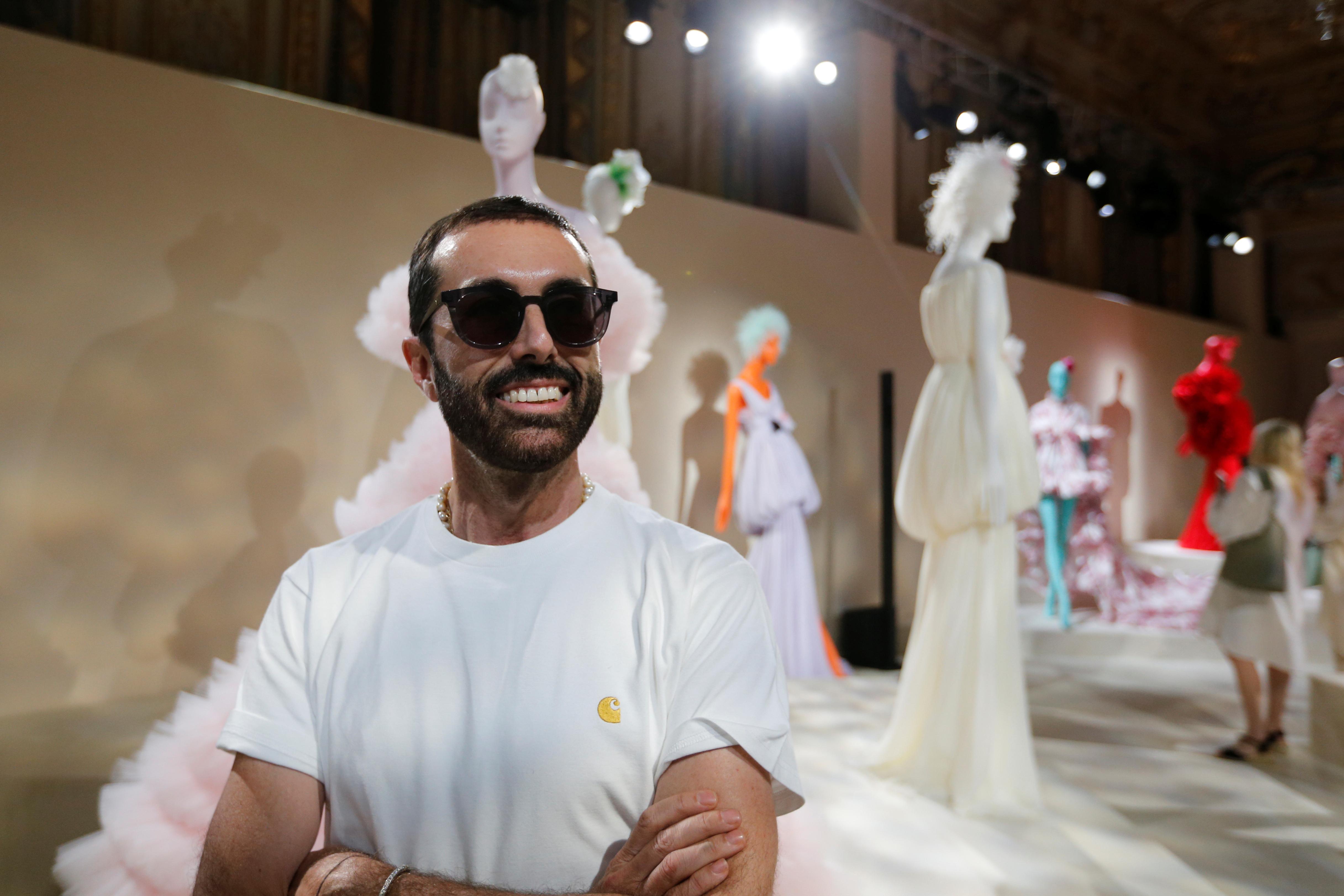 In the place of a traditional runway show, his Maison Valli brand showcased the designer’s romantic, breezy looks in a multi-room exhibit attended by guests including Vogue editor-in-chief Anna Wintour.

A handful of floral prints added to Valli’s usual monochromatic gowns of tulle, chiffon and taffeta.

“I wanted the people finally to look at… the artwork of making Haute Couture — and not from far and not in movement,” Valli said, emphasizing the private moment afforded by personal inspection of each piece.

One bright fuchsia ballgown, with voluminous ruffles on the shoulders, around the hips, and on the hem represented a lotus. Another gown was a forget-me-not, one a wild pansy, others peonies.

In its initial run, the collection featured less expensive takes on Valli’s signature tulle ensembles as well as gemstone-encrusted accessories, with prices for a dress ranging between $299 and $649.

“People really get inspired but sometimes frustrated because… there is no access to the house,” Valli said. “I wanted to give them…the possibility to have their own Giambattista Valli moment.”

Valli also has a pret-a-porter line oriented to a younger, more street-savvy clientele, and has made forays into runway athleisure.

Groupe Artemis — the shareholder behind luxury group and Gucci owner Kering, run by the Pinault family — bought a minority stake in the fashion house in 2017 for an undisclosed amount. Artemis had said at the time that it could buy a majority stake at a later stage.