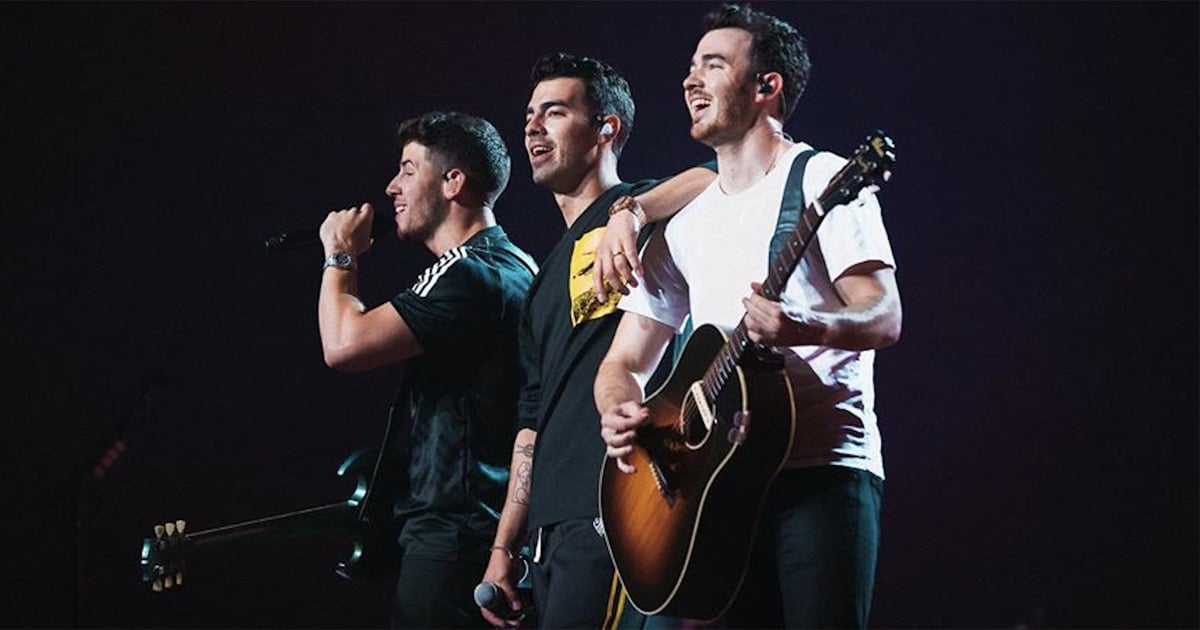 The Jonas Brothers’ Happiness Begins tour is set to kick off on Aug. 7, and thanks to all of their behind-the-scenes pictures and videos, fans are getting excited for the band’s comeback. In July, Kevin, Joe, and Nick began sharing some stunning (and emotional, if you’re a big Jo Bros fan like moi) moments of them taking in the views of their venues, including Madison Square Garden in NYC and AmericanAirlines Arena in Miami, FL. The latter will be the locale of their very first concert before they touch down in Orlando and continue to make their way through the US, Canada, and Europe.

On July 31, Nick shared a clip of the trio watching a stage light up with fireworks, creating quite the spectacle. “#HappinessBeginsTour is comin in hot,” he captioned the post. Joe shared the same video on his page, writing, “Sorry bro, next week’s no good for me the Jonas Brothers tour is starting.” Other snapshots — which were captured by photographer Jack Gorlin — show the brothers chatting on stage and practicing.

We already know that the Jonas Brothers can get a crowd going during their live performances, and we know that their latest album, Happiness Begins, is a bona fide banger, so we’re fully expecting this tour to be one for the books. Keep scrolling to see more behind-the-scenes clips and photos of Kevin, Joe, and Nick preparing to rock out for the next seven months!