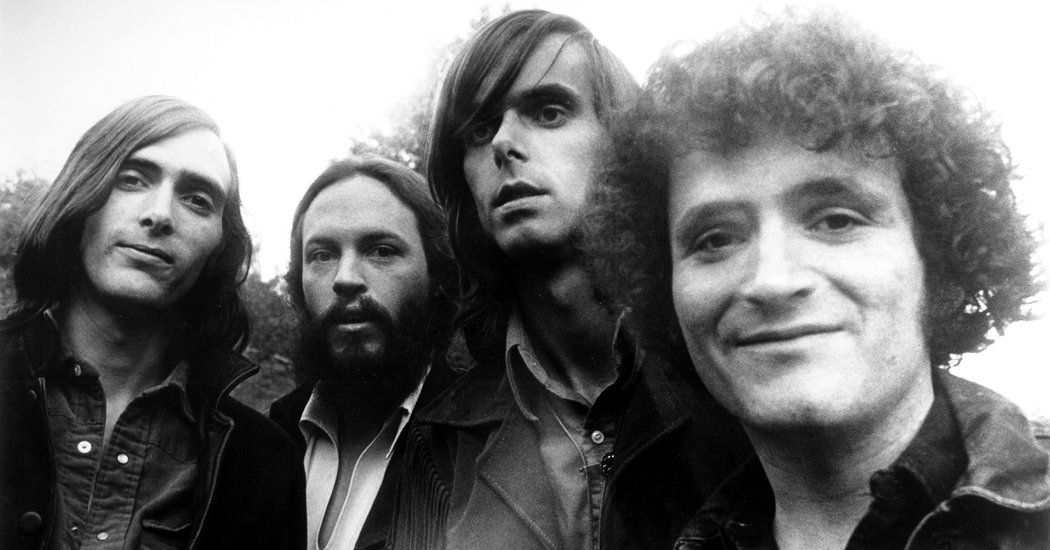 Gary Duncan, a guitarist, singer and songwriter best known for his work with Quicksilver Messenger Service, one of the leading bands in San Francisco’s psychedelic heyday, died on Saturday in a hospital in Woodland, Calif. He was 72.

His wife, Dara Love Duncan, confirmed the death. She said that he fell on June 19, suffered a seizure and multiple cardiac arrests and never regained consciousness.

Mr. Duncan’s jazz-rooted improvisations and his intricate interplay with the guitarist John Cipollina were crucial elements in Quicksilver Messenger Service’s eclectic chemistry. Although Mr. Cipollina, who died in 1989, was nominally the lead guitarist and Mr. Duncan played rhythm, they constantly traded and blurred those roles.

David Freiberg, the band’s original bassist, called Mr. Duncan Quicksilver’s “engine.” “He was what was holding the band together,” Mr. Freiberg said in an interview. “If he was there, it would work. If he wasn’t, it wouldn’t.” 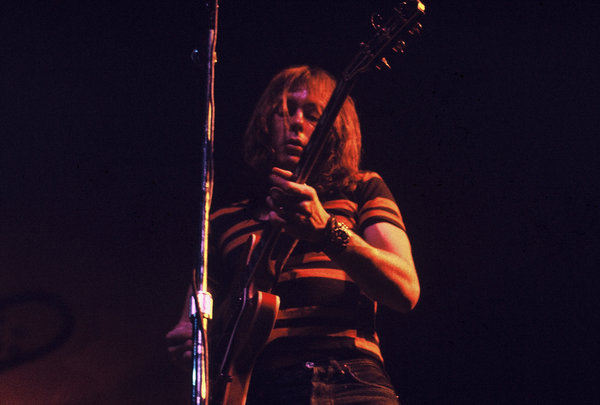 “In Quicksilver we played a lot of old blues and folk tunes and improvised,” Mr. Duncan told the ethnomusicologist Craig Morrison in 2001. “We had our own arrangements and had open places where we would just wail. ’Cause we were so stoned all the time anyway, on acid and everything else, that sitting down and just playing one tune for three or four hours was nothin’.”

Mr. Duncan was born on Sept. 4, 1946, in San Diego. In a 2007 interview, he said that he was originally named Eugene Duncan Jr., after his half-Cherokee, half-Scottish father, and that his mother, Jeraline Smith, was a Pawnee. He was adopted at birth by a Cherokee family: Kermit Grubb, who ran a secondhand store, and his wife, Pauline (Weaver) Grubb, a homemaker. They named him Gary Ray Grubb.

He played guitar as a teenager in rock and R&B bands in Northern California. He called himself Gary Duncan when he and the drummer Greg Elmore agreed to join a band in 1965 that Mr. Cipollina intended to form with the singer and songwriter Chet Powers, then going by the name Dino Valenti.

But Mr. Powers was imprisoned on marijuana charges before the band ever performed. Mr. Duncan became one of the band’s lead singers, in a lineup that also included Jim Murray on guitar and Mr. Freiberg on bass.

The new group took on the name Quicksilver Messenger Service, which was derived from astrology. Four members were born under signs ruled by the planet Mercury, who is the ancient Roman messenger god. The element mercury is the liquid metal also known as quicksilver. And selfless service is an attribute ascribed to Virgo, one member’s sign.

Quicksilver soon gathered a following in San Francisco, regularly playing on weekends at the Avalon Ballroom and the Fillmore alongside Jefferson Airplane and the Grateful Dead.

In 1965, Mr. Duncan married Shelley Eidson, who later (as Shelley Duncan) wrote a book, “My Husband the Rock Star,” about their 10 years together. They had two children, Jesse and Heather, before divorcing. They survive him, as do Dara Duncan and their three sons, Miles, Michael and Thomas, five grandchildren; and a great-granddaughter.

After performing at the Monterey Pop Festival in 1967, Quicksilver was signed by Capitol Records, which the next year released its debut album, named after the band. The group began touring nationally. For most of 1969 the keyboardist Nicky Hopkins replaced Mr. Duncan, and the band recorded the album “Shady Grove” without him.

Quicksilver was a transformed band when Mr. Duncan rejoined it to make the 1970 album “Just for Love.” Mr. Valenti took over as songwriter and lead singer, with more pop-soul-flavored songs. Under the pseudonym Jesse Oris Farrow, he wrote Quicksilver’s most widely heard songs, “Fresh Air” and “What About Me,” both released in 1970. Quicksilver’s lineup went through multiple changes before a final 1970s album, “Solid Silver,” in 1975.

Quicksilver dissolved as the 1970s ended, and Mr. Duncan went to work as a longshoreman. “With him it was like love-hate with the music business,” Dara Duncan said. “Sometimes he’d take a sabbatical.”

In the early 1980s, he built his own recording studio. He reclaimed the Quicksilver name in 1986 to release an album of synthesizer-driven 1980s-style pop, “Peace by Piece.” During the 1980s and ’90s he made extensive studio recordings, which the Global Recording Artists label has been compiling into albums. A new one, “Anima Mundi,” is forthcoming, said Karl Anderson, the label owner.

Mr. Duncan also toured and recorded with bands billed as Gary Duncan’s Quicksilver, but turned away from music again in 2001. In 2004, Crawfish of Love, a jam band from Jacksonville, Fla., contacted Mr. Duncan online and made an album with him, “Snake Language.”