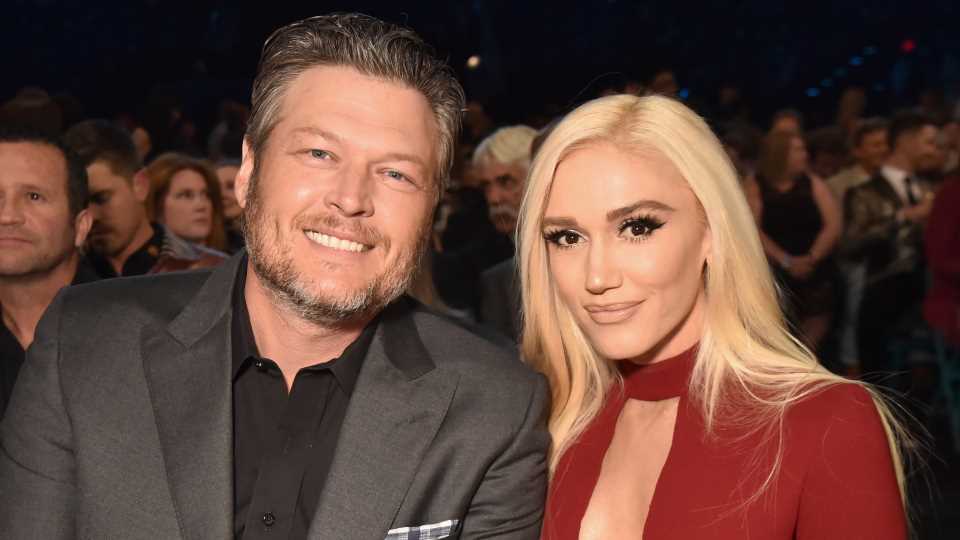 Meet, Mr. Stefani. Garth Brooks trolled Blake Shelton for his relationship with Gwen Stefani, and the prank war is on between these two country stars. In an interview with Entertainment Tonight, Shelton recalled a recent prank Brooks pulled on him involving a misleading text and a “Mr. Stefani” sign.

The Voice judge surprised fans on Friday, July 19, when he performed at the Albertsons Stadium in Boise, Idaho. Before the show, however, Brooks — the accommodating country superstar he is — set up a dressing room for Shelton. But instead of the “Honey Bee” singer’s name on the door, it was a sign that read “Mr. Stefani.” “I got a text from my man here earlier that said, ‘Hey, man, we got your dressing room set up for you,’” Shelton told ET. “And he sent me a picture and it was a paper that said ‘Mr. Stefani’ on it.”

But Shelton — who told ET that Brooks has been “bullying” him a “little bit” since the two became friends — doesn’t have any plans to get back at his fellow country star. The reason? Shelton has too much respect for what Brooks has done for country music. (It helps to pay your dues, kids.) “It sucks because Garth is kind of off-limits,” Shelton said. “You can’t mess with him because he’s like the godfather of country music.”

Brooks, however, denies that he’s ever “bullied” The Voice mentor. “You ever think this big of a boy has been bullied, ever?” he told Entertainment Tonight. In June, Shelton and Brooks released their duet “Dive Bar”, which they performed together for the first time at their recent concert. The singers also told Entertainment Tonight that they recorded a live version of the song from the concert, which they will release.

Shelton and Stefani have been dating since 2014 when they met as judges on The Voice. Shelton has hinted that a proposal for Stefani is coming soon, but no engagement has happened. If it does, though, we really hope Shelton takes Stefani’s last name and becomes Mr. Stefani for real.