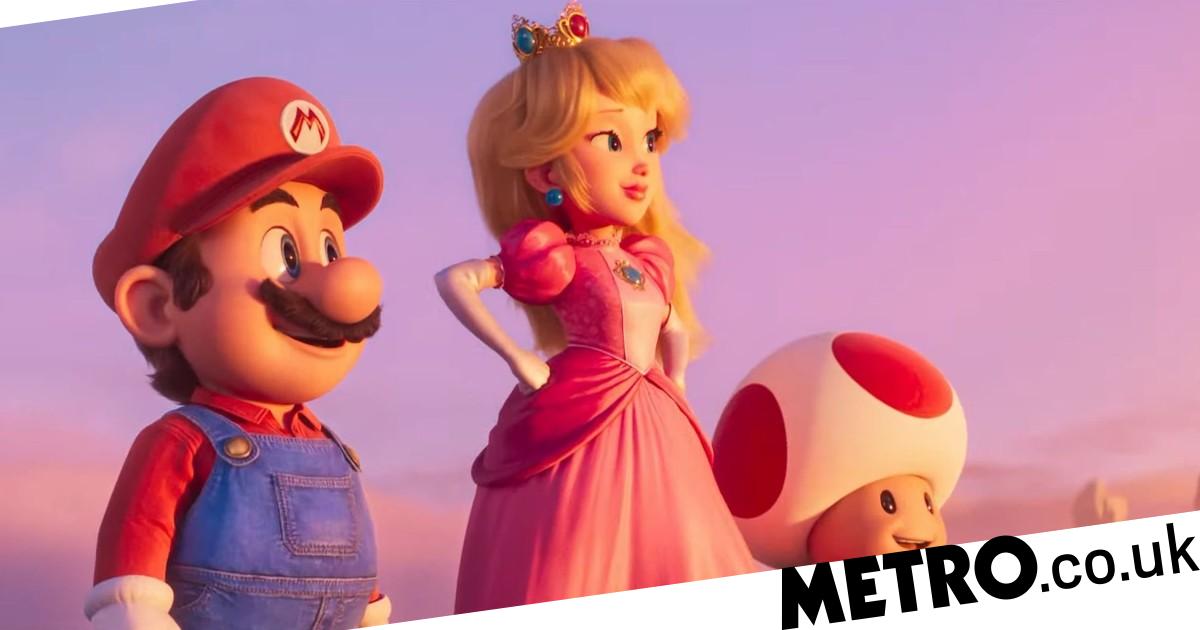 The Wednesday letters page is frustrated with the overcomplicated online options in modern games, as one reader welcomes The Witcher Remake.

To join in with the discussions yourself email [email protected]

Different voices
Wow, that new trailer for The Super Mario Bros. Movie was actually… really good? Or rather I love how it looked. I’ve no idea if it’ll be a good film but I really can’t imagine how a Super Mario movie could ever look better than that. Loved the Donkey Kong revamp and the Mario Kart bit at the end looks exactly how I want the next Mario Kart game to look!

I really appreciate how it kept going into a sort of 2D view too, with the fight at the beginning being like Smash Bros. and the platforming sections looking exactly like the games. The bit with the Cheep Cheeps, I immediately knew what part of the first game that was and it was great.

The only problem, and it’s what everyone guessed from the start, is the voices. Jack Black seems good but everyone else is so bland. Peach and Luigi just sound like the actor’s normal voices and Mario, well… I think it’s obvious they realise that’s a problem because he barely says anything in either trailer. He should’ve been full-on Italian, no messing around. Oh well, at least we can get a fan dub when it’s out.
Onibee

Shocking lack of news
Is anyone else shocked at how we still haven’t heard anything about a new BioShock? There were a few rumours last year, and something about a Netflix series, but absolutely nothing official. BioShock Infinite is going to be 10 years old next year and the original is already 15 years old – just in case anyone wanted to feel old.

I liked all the games, even BioShock 2, which wasn’t done by the same team, and I thought it was going to be a big franchise going forward. Too expensive and not quite popular enough was the reason at the time, I think, but I’m sure something could’ve been done. Why is Hollywood so keen if the game isn’t big enough?

Anyway, just hoping this will kickstart some Inbox magic at The Game Awards next week. I don’t expect to see the game announced but I sure would like it.
Bondian

The long wait
So if GTA 6 isn’t expected to be out until 2024 or later when exactly can we expect a Red Dead Redemption 3? Wouldn’t that make it lucky to be this decade then? The length of time it takes to make new games is getting crazy and I really wonder what it must be like for developers.

Imagine spending five or more years of your life making just one game and never knowing if it’s going to be any good until the end. GTA 6 is going to be closer to 10 years and I guess that’s going to be increasingly normal in the future. I’ve never stayed at one company for 10 years in my life, let alone worked on the same project for that length of time.

I don’t see there’s any real way round the problem either, unless we have AI making backdrops and open worlds and what not. Already feels like we’ve got that with Ubisoft games though, so I don’t feel we need more of that.
Tolly

E-mail your comments to: [email protected]

Specialist expertise
So if Microsoft buys Activision then they won’t get to make Call Of Duty an exclusive and they won’t be able to put it on Game Pass properly? I mean, what is the point then? I get that Activision is a company that makes a lot of money, so they obviously get that, but if all they wanted is money they could invest in any random company and achieve the same.

Seems like they’re just turning the games industry upside down for no reason and real gain for themselves. I can just about see how Sony would buy Bungie for their ‘expertise’ in making live service games but what expertise does Activision have that can be applied to anything else? How to milk a franchise?

I just think of all the time and money being wasted on all this nonsense and it just seems kind of gross. Especially when people start getting made redundant when Microsoft starts cutting out all the jobs they don’t need.
Campbell

Big idea
I originally thought the idea of remaking the first The Witcher game was a bad idea too but if it’s basically going to be completely new it sounds like a good idea to me. I assume they’ll keep the story the same, or at least broadly the same, but it’s still going to be difficult to expand all that into an open world game.

Like GC says, the original was a pretty long game so they’ve basically got to change everything in order to make it work. I’m definitely interested to see how it works but after that are they going to remake The Witcher 2 as well? I’d love that but that game is even more massive.
Wotan

Chibi horror
I recently tried a demo for a game called Yomawari: Lost In The Dark for the PlayStation 4. The third in a horror series by Nippon Ichi, of all people! I’d never heard of any of them before and I’m not sure if any of them have been covered by yourselves, either.

The demo presents you with something separate from the main game but may actually give away a twist. You begin by creating a chibi version of a Japanese schoolgirl (primary, by the looks of things) who decides to join her two buddies and break into their school at night to investigate the truth of spooky rumours.

Naturally, things go a bit wrong and the school appears to be full of malevolent spirits! Always the way, isn’t it? The game uses an isometric viewpoint, just like the Disgaea series, but it does manage to be quite creepy. Some ghosts will chase after you with a baseball bat or hockey stick and then a big splash of blood on a black screen if they catch up to you. And as for the giant face that shoots down the corridor if you’re not being stealthy… well, I didn’t want to find out what they did!

I think it came out just before Halloween over here? Do you or anyone else know if it’s worth buying? Also, while I’m here and on the subject of Nippon Ichi, do you know if any of their classics range is worth getting? Like La Pucelle Tactics and so on?
DMR

GC: We reviewed the first and second games a few years ago, they’re pretty good. The third game isn’t entirely new, with a lot of reused content, but they’re all surprisingly creepy.

You don’t have to be mad to work here…
As a fan of all their Soulsborne games I just assume that everyone working at FromSoftware is kind of unhinged, in the best way possible. The amount of work that goes into the game, the attention to detail… I can’t fathom how they get it all done in a reasonable amount of time and with no serious bugs.

Complicated invitation
I really don’t understand why online multiplayer can be made so hard in this day and age. Forza Horizon 5 should have been amazing. Should have just been a case of creating a playlist where you can set which vehicle you want to race and where, send out invites and that’s that.

Call of Duty: Warzone – you can’t invite them unless they have already started the game and specifically loaded the Warzone part. Where is the friends list to pick from in the first place? It’s then very unclear if they’ve actually joined as it sends out two invitations. Why does this need to be done first? Why can’t it just invite them from the home screen?

By now there should just be a multiplayer button on the joypads that sets up a room quickly and allows you to invite friends without having to go onto Google to figure everything out.
JohnnyCashMIB (PSN ID)

Inbox also-rans
How good does the Mario trailer look! I was smiling and the little surprise at the end gave me goosebumps! Can’t wait until April.
Will

Never mind Arma 3, I remember when ITV News used Arma 2 instead of actual live footage. I can only assume it was foggy in the studio that day and they couldn’t see the screen properly.
Cusper

This week’s Hot Topic
It’s The Game Awards next week which, especially in the absence of E3, has become the biggest single venue for new game announcements and footage of upcoming games, so we want to know… what are you hoping to see?

It doesn’t matter whether the game has already been announced, as long as there’s a reasonable chance of it being revealed next week (we’d say GTA 6 is very unlikely, before everyone writes in about that – but who knows).

If it’s a game that’s been announced but for which little or no footage has been shown, what are you hoping for in terms of the first trailer and what the game itself will be like? Overall, what is your most anticipated game of 2023 and beyond?

E-mail your comments to: [email protected]

The small print
New Inbox updates appear every weekday morning, with special Hot Topic Inboxes at the weekend. Readers’ letters are used on merit and may be edited for length and content.

You can also submit your own 500 to 600-word Reader’s Feature at any time via email or our Submit Stuff page, which if used will be shown in the next available weekend slot.