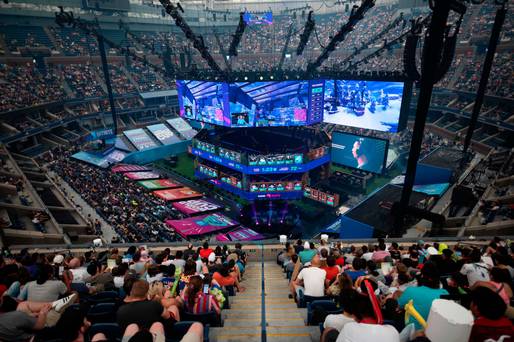 Whether you’re a gamer or not, one thing is sure – money talks. So when an Irish teenager picked up just under €45,000 for coming just 58th in a video game tournament at the weekend, even the most cynical non-gamer sat up and took notice.

Dubliner Joshua Juliano (17), aka Lolb0om, won his prize by making it to the final 100 players at the Fortnite World Cup in New York. That achievement is put into context when you realise that over 40 million people competed in the initial online rounds, fighting it out until the top 100 from around the world were selected to play on stage at the Arthur Ashe Stadium in Queens.

The top prize at the event? A cool $3 million, won by 16-year-old Kyle Giersdorf, aka Bugha, from Pennsylvania, a sum which will have given pause to any parent who’s ever complained that their teenage son is wasting his life playing videogames.

While Juliano’s €45,000 is a lot of money by anyone’s standards, it’s a lot less than the total earnings of some other Irish e-sports athletes. According to esportsearnings.com, the top Irish competitor in terms of e-sports earnings is Jordan Crowley, who competes under the name Jurd and who has earned a total of $248,703, mostly playing Call of Duty: Infinite Warfare, competitively since 2012. Second in the rankings is Justin McNally, playing under the name MiracU, who has pulled in $81,370 in just two years of playing competitively.

His game of choice is PlayerUnknown’s Battlegrounds, a ‘battle royale’ style game launched in direct competition with Fortnite. Joshua Juliano’s recent win puts him at number three on the Irish table, with everyone in the top 10 bringing in at least $10,000 in earnings as a direct result of playing competitive videogames.

While Joshua isn’t the first Irish person to make serious money from a love of gaming, but he is among the first to do it competitively. Most Irish success stories have come from Youtube, where Irishman Sean McLoughlin is most notable as Ireland’s most popular Youtuber. Broadcasting under his username Jacksepticeye he currently has 22 million subscribers, most of whom tune in to watch him playing videogames and discussing movies and popular culture. Online since 2012, he appeared on the Ireland’s Rich List TV programme and in Ireland’s 30 under 30 rich list, and he’s said to have made over €2 million from his channel.

Other notable Youtube gamers include Dáithí de Nogla, a 27-year-old Limerick man who has the second most popular Irish channel after McLoughlin. He has 6.7 million subscribers and his company filed accounts last year showing it had an income of more than €1 million.

So how exactly does the scene work? Theo Goyvaerts is one of the most experienced promoters working in the e-sports scene in Ireland, with six years under his belt organising events and tournaments. He says there are some significant differences between casual gamers and e-sports competitors.

“The main difference is dedication, in terms of putting the hours in and analysing the game. General gamers play for enjoyment and don’t worry so much about the details. Competitors study the physics engines and mechanics used in the games. They can tell you, for example, how far a bullet will travel in a game before it drops, or how high a character can jump,” he says.

“It’s the same difference as exists between people playing five-a-side football in the park for fun, and professional athletes studying every aspect of the game. The big e-sports teams internationally have physiotherapists and diet specialists working with them, just like premier league footballers have, and the players can be paid millions.”

Goyvaerts is currently working on a European Games Week convention due to take place at Croke Park in Dublin from September 17 to 22. This event will feature e-sports tournaments in games including Hearthstone, Rainbow 6: Siege, Rocket League and Overwatch, all with prize pools of €1,500 each.

“In Ireland, there are around two million gamers. That’s a large number of people but only around 25,000 of them attend e-sports events each year,” he says. “And of those, only a tiny number have actually made money from it here so far.”

When Goyvaerts held his first event at the Alexander Hotel in Dublin 2014, around 100 people showed up. The second event three months later attracted around 1,000 people. Multiples of this are expected to show up in September for European Games Week.

“There are lots of small groups out there organising events and it’s great to see the scene starting to grow here – it’s huge internationally and I fully expect things to snowball here over the next few years,” he says.

Goyvaert’s company Aeonspark is launching a new chain of gaming cafés with the goal of making local gaming competitions more common, building on the kind of network built by organisations like the GAA.

“We’re opening our first café in Dundrum in August,” he says. “The idea is people will be able to come and play games at these hubs with other likeminded people, with a view to putting together e-sports teams that can compete against each other. We want to grow talent so that we can compete internationally.”

Andrew Bohan (25), is a competitive e-sports player, specialising in the first person shooter and strategy game Overwatch. Later this year, the Dubliner will take a team of 11 Irish players to the Overwatch World Cup, which is being held in Anaheim, California. The total prize money on offer for this tournament is around $500,000. “There are obviously a lot of games out there that people play competitively, but Overwatch is pretty unique. It’s a first-person shooter, but the strategy component of the game is very important. When you play as a team, communication is paramount and it takes lots of different skills to be good at it,” he says.

“It’s not just a running and shooting game. It’s less about who can shoot and aim the best, it’s about who has the best coaching and teamwork behind them. There’s so much that goes into it, and personally it’s the strategy element that attracts me.”

According to Bohan, when a team plays Overwatch competitively the degree of skill necessary rapidly climbs.

“It gets much more serious. Our team has six players and a substitute in case something goes wrong. We also have a head coach and an assistant coach purely working on support strategy, as well as a manager and community lead who handles all our social media,” he says.

“We qualified for the 2016 world cup but didn’t get very far. This year we’re taking it very seriously. There’s a fair bit of money on the table but we’re not that worried about that. Our goal is to take part and acquit ourselves respectably.”

Only the top 10 countries to qualify will have their expenses paid for the tournament by the games publisher Blizzard, which means Team Ireland needs to pay its own way. As a result, Bohan and his team mates are looking for sponsorship from any Irish companies.

“It’s going to cost us around €20,000 to fund it so we’d be very grateful to hear from anyone through our twitter account @teamirelandow who’d like to help out,” he says.